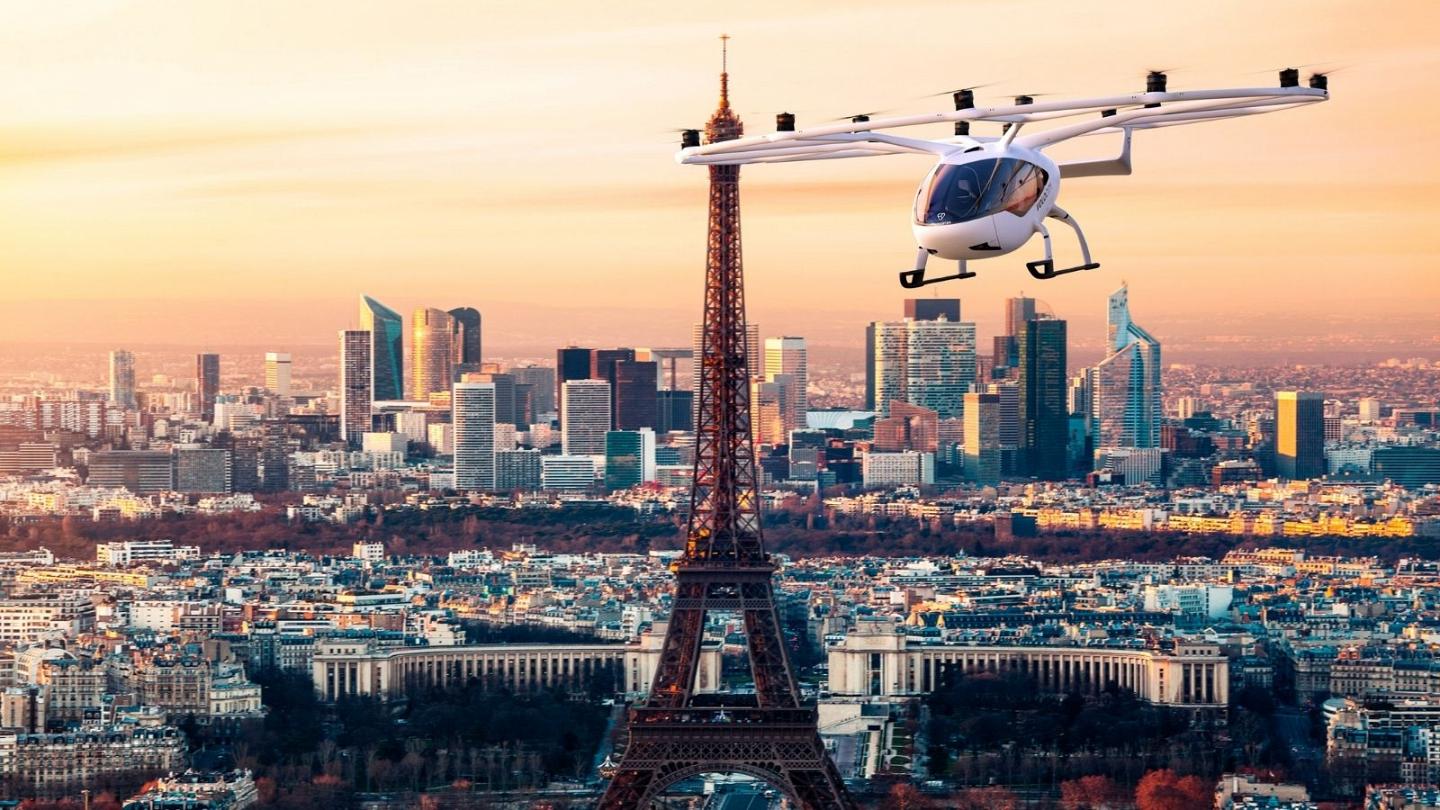 Electric flying taxis are being tested for the Paris 2024 Olympics

How to tackle plastics pollution in tourism

France plans to deploy flying taxis at the 2024 Summer Olympic Games in Paris, according to a report published in The Guardian. The first trials for eVTOLs (electric Vertical Take-Off and Landing aircraft) began in in late November and will continue in the coming months at a hub outside Paris, in the Pontoise – Cormeilles-en-Vexin airfield. The goal is to have two dedicated flight paths to ferry passengers in time for the Olympics.

Approximately thirty manufacturers were selected to carry out tests on the following components: modeling and noise measurements, flight phases and integration into airspace, maintenance and recharging operations, passenger routes. In addition to Volocopter, Airbus, Vertical Aerospace and Ascendance, the German aviation company Lilium and the American eVTOL manufacturer Joby Aviation have also announced joining the Île-de-France region ecosystem structured around the Pontoise test area. Other manufacturers may also follow suit.

The French State is fully committed to the financing, with nearly 25 million euros already provided by the Council for Civil Aeronautics Research (CORAC) for the development of flying taxis.

The main challenges for the development of this new technology are linked to acceptability, safety and qualification of uses. Thanks to the tests planned by numerous manufacturers over the coming months in Pontoise, the partners, along with the DGAC (French civil aviation authorities), will study different scenarios for pre-commercial services for the 2024 Olympic and Paralympic Games based on two lines: the first between the Paris-Issy-les-Moulineaux heliport and the Saint-Cyr airfield; the second between Paris-Charles de Gaulle and Le Bourget airports and Paris city, on a site to be determined.

According to Bloomberg, the list of planned bases around the world include the one in Paris, as well as those being promoted by infrastructure firm Urban-Air Port and South Korean automaker Hyundai Motor Co., which is targeting the opening of a site in Coventry, England.

The tests in France were planned around three main themes:

The commercial use of eVTOLs, especially for the Olympics, has attracted much attention due to its environmentally-friendly characteristics. They require no fossil fuels, which means the spectators would be moving around the city with zero added emissions. The use of air space would also reduce congestion in the streets. According to Matador Network, the costs and frequency will be announced closer to 2024.