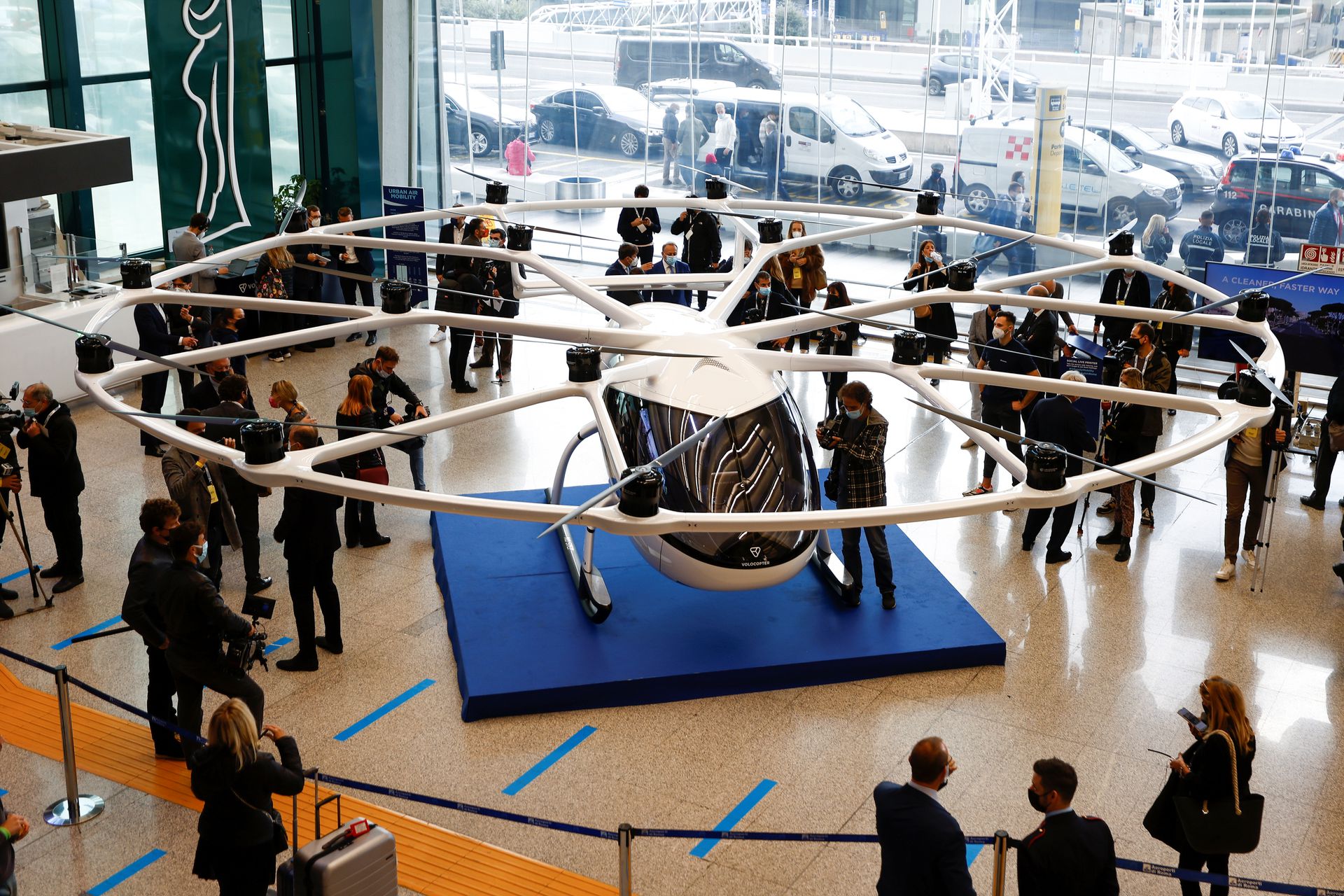 How about arriving by air taxi to your hotel in the center of Rome? By 2024 it will be possible, German startup Volocopter has announced. If everything goes as planned, the company hopes to make Fiumicino Airport a pioneer site for the rotor-bladed, battery-powered two-seater air taxi it is developing.

The new vehicle is scheduled to take-off within the next three years, which is the time it will take to finalize the related flight regulations and develop the vertiports that will enable the air taxis to take off and land vertically. Enac, Enav, and Aeroporti di Roma are working hard on these two fronts to ensure that Rome is one of the world’s first major capitals where this new form of urban air mobility can be launched.

Aeroporti di Roma (AdR) CEO Marco Troncone said the journey in one of the craft, which takes off and lands vertically, would take around 15 minutes, compared with the much longer trip made by car. The initial cost of a ride will be around 150 euros ($175), a price that is likely to drop as the service goes mainstream. “The connection will be very swift,” he told Reuters.

It will be a silent journey. The level of emissions will be zero

Here are the key features of VoloCity, which initially will be able to carry two people (one of whom will be the pilot until the aircraft will fly completely autonomous):