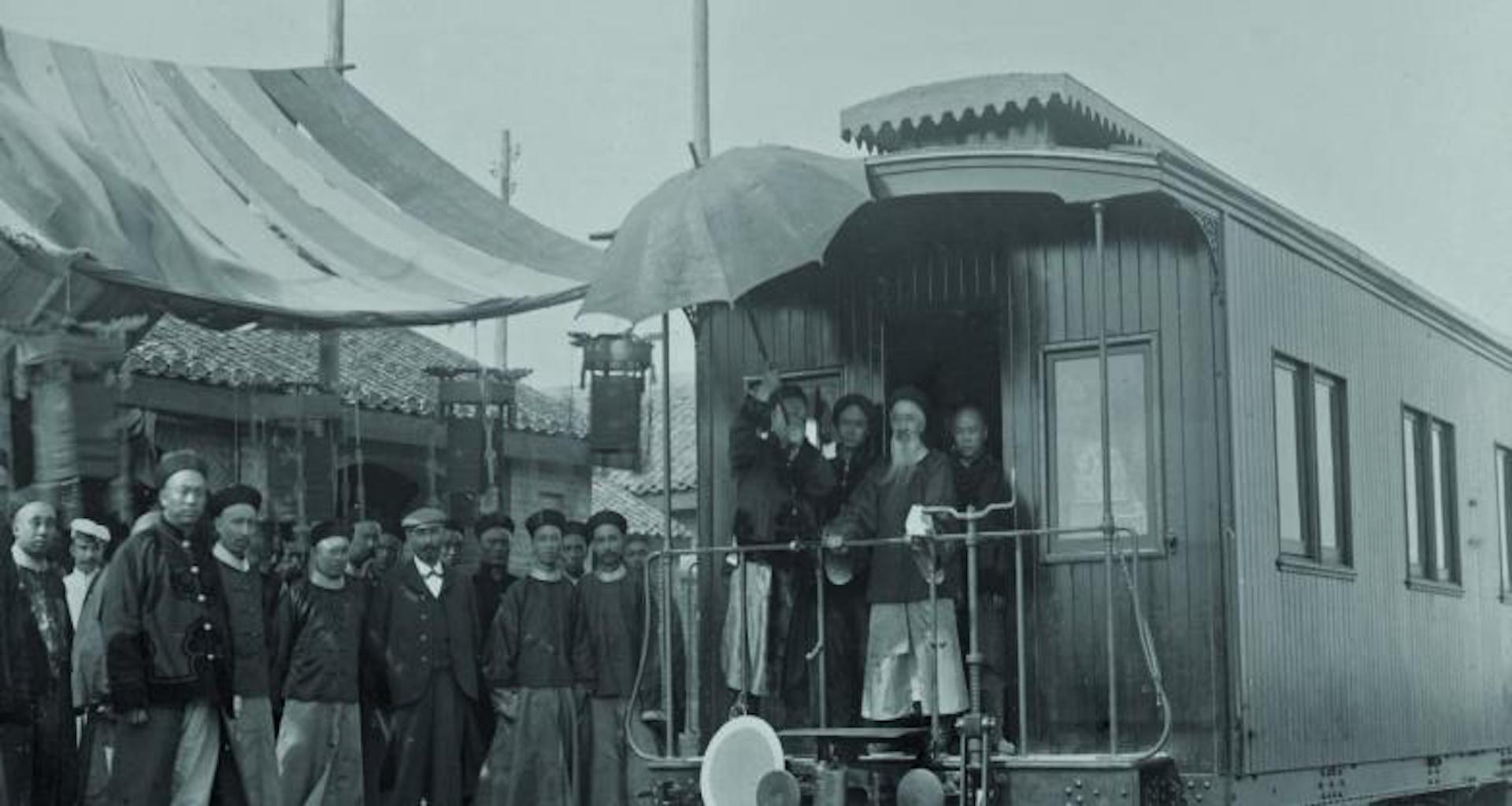 It took more than seven years, from 1898 to 1905, to build the railway linking the north and south of China. The project, one of the most beautiful engineering works of the time, planned to build 1,200 kilometers of railway across the Middle Kingdom, between Beijing and Hankou, with a three-kilometer bridge across the Huang He, the Yellow River.

In 1896, Baron de Vinck, Belgium’s diplomat in Beijing, had begun talks to obtain the concession for a railway line, while Émile Francqui, who had been appointed consul in Hankou, then Shanghai, continued negotiations with the local authorities.

In the summer of 1898 the engineer-controller of the Société d’Études de Chemins de Fer en Chine, Jean Jadot, who had already built a Belgian railway in Lower Egypt, began the construction of the monumental railway line. The construction site was colossal; in addition to laying hundreds of kilometers of rails, it also involved drilling tunnels and building a hundred bridges, including the one spanning the Yellow River.

The Boxer Rebellion halted construction for several months in 1900. All the railway officials were given arms to protect themselves. In the northern stretch from Lugouqiao to Fengtai all the workshops, warehouses and wagons were destroyed and the sleepers were taken. Work continued in the south, where the viceroys ensured protection for the Europeans.

In 1901 the line was extended through the section between Xinyang and Hankou in the hilly land between the Yellow and Yangtze rivers. Only one 500 meters (1,600 ft) tunnel was needed. In January 1902 the Imperial Court traveled along a completed section of the line on their way back to Beijing. In June 1905 the 3,000 meters (9,800 ft) bridge over the Yellow River was open to traffic. The 1,214 kilometers (754 mi) line with 125 stations was opened on 14 November 1905.

The Beijing–Hankou railway was completed in 1906. In the meantime, the Belgians had purchased a controlling stake in the American company that held the concession for the Guangdong–Hankou railway. Most of the shares in the Belgian company were owned by Edouard Empain, and this move threatened to place the entire route between Beijing and Guangzhou. Opposition to foreign control of railways was especially strong in Hunan.

This achievement was a great showcase for Belgian expertise in the Far East. After nearly eight years of painstaking work, the 1,214 kilometers of railway were completed, enabling the first rail traffic in China. The railway was inaugurated with great pomp on 12 November 1905, in the presence of Empress Tzu-Hsi, and around 120,000 workers who had been involved in its construction.