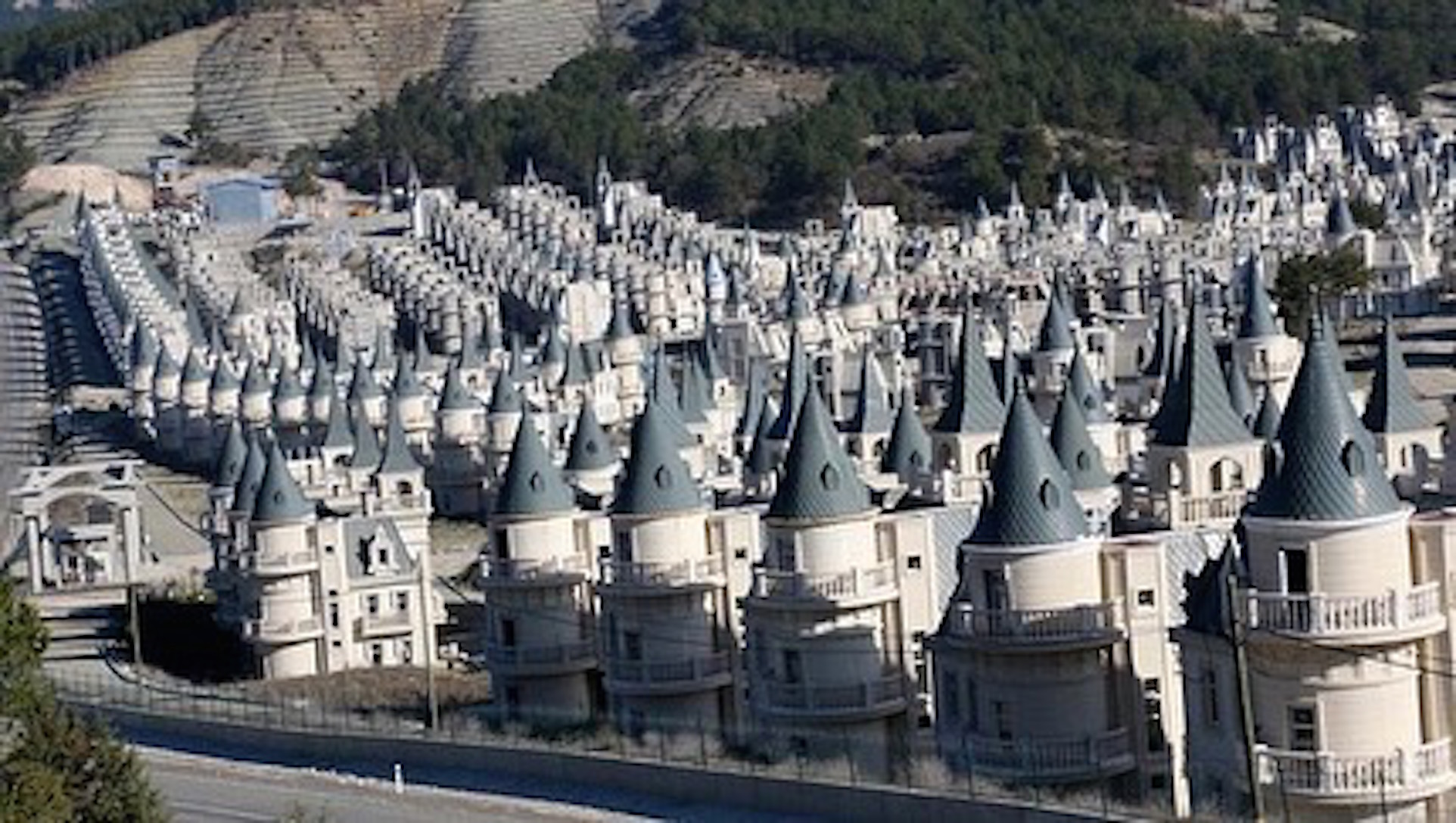 Guangzhou gets a new Hyatt Regency

Burj Al Babas was born as a dream place full of castles and a perfect refuge for an elite. Today it is a ghost town. In 2011, Turkish construction group Sarot believed it had found the perfect solution to provide homes for the country’s wealthy families. The location, the materials, the natural views, the ostentatious architectural designs: all seemed ideal to appeal to a very specific elite market ready to buy a dream property.

With this idea in mind, they obtained the necessary permits to orchestrate a macro urban development project in a paradisaical space located between Ankara, the country’s capital, and Istanbul. Some castles were completed, but many others remain unfinished nine years later.

Originally, the developers intended to build luxurious villas for families from the wealthiest sectors of society to vacation in. Before starting the construction efforts, Sarot committed several pre-sale properties to investors from various parts of the world, mainly from Saudi Arabia.

According to Naci Yoruk, a consulting architect working for Sarot, many of the potential tourists who would visit Burj Al Babas would come from Qatar, the United Arab Emirates, Bahrain, and Saudi Arabia, to name a few. Each castle could be customized to the taste of the client in question and would have an approximate surface area of 225 square meters.

It was estimated that the complex would consist of 732 units in total. In the center of the city, there would be a main building with all the amenities for visitors to enjoy their visit: movie theaters, shopping malls, stores and a wide variety of international restaurants.

Construction officially began in 2014. Several hectares of fertile land were destroyed and thousands of trees were felled. By the end of that year, 578 units had been completed – almost 80% of what was planned at the time.

By 2016, the Turkish firm was severely compromised: clients were unable to afford the costs of such a luxurious property. Despite being almost finished, the work had to be gradually stopped. Four years after it started, in 2018, the budget for the project ran out, unable to complete the work in its entirety.

In a public announcement, Mehmet Emin Yerdelen, chairman of Sarot, said, “We were unable to recover around $7.5 million owed to us for the villas we sold to the Gulf countries.”

This was due to the fact that several of the investors withdrew their support. Up to that point, the construction had cost about $200 million. The 15th century castle-like villas, with balconies worthy of Marie Antoinette, became something akin to the setting of a dystopian story: uninhabited, desolate and disinherited from a promising future.

Thus, Burj Al Babas became a fiasco of the real estate and architectural industry. The castles, stacked like dominoes, remain uninhabited. It is a ghost town with abandoned castles.