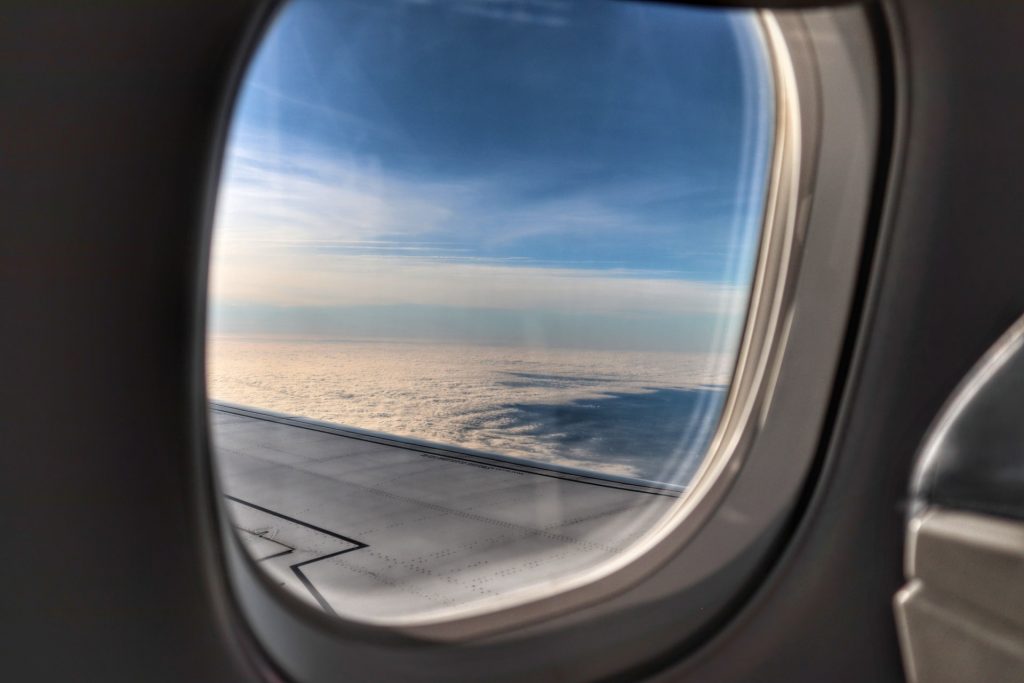 Building a path to net-zero aviation

At pre-pandemic levels, aviation was responsible for 2-3% of overall global emissions. Forecasts from the International Air Transport Association (IATA) in 2022 anticipate significant growth in air travel. Some experts believe that with the Covid-19 travel restrictions lifted in most parts of the world, business will return to what it was once as the airline industry focuses on a return to profitability over commitments to achieve net-zero emissions. But according to the World Economic Forum, a growing proportion of airline passengers will be millennials who are likely to book with sustainable brands.

In this context, more and more airlines are betting on sustainable aviation fuel (SAF) to make aviation greener. Sustainable aviation fuel is a product of kerosene that results in a burnable fuel similar to standard airline jet fuel. The main difference, however, is in how it’s developed. According to GE Aviation, SAF is not derived from fossil fuels, but from organic materials like plants and algae, greases and fats, alcohol, sugar and other waste streams. The result is a burnable kerosene product that can power an airplane.

One or multiple sources can compose the feedstock that conforms SAF: waste products, such as vegetable oils or household waste, or specifically grown plant material. For the time being, fats, oils and greases are the major sources of SAF. A concrete example is Neste, a Finish oil refining and marketing company, which has a contract with McDonald’s to collect the used cooking oil from its Dutch restaurants.

Biomass and municipal solid waste are expanding in use as sources. These have the potential to reduce overall greenhouse gas emissions even further over their lifecycle, from 85% to 95%, compared to traditional fossil-based jet fuel. The lower-point is that these sources have a lower energy density and require larger volumes of feedstock.

SAF could reduce greenhouse gas emissions by up to 80% compared to normal fossil jet fuels. The Finish-based company has also made a 2.5 million liters SAF deal with the Virgin Atlantic airline. The fuel will be delivered to London Heathrow by ExxonMobil in the first half of 2022 and it brings the company a bit closer to its sustainable fuel target. According to the World Economic Forum, today’s commercial production of SAF is only approximately 0.05% of total EU jet fuel consumption – and the current pace of growth is nowhere near what it should be to meet global climate objectives.

To help support the development and use of SAF, the World Economic Forum’s Clean Skies for Tomorrow (CST) initiative created the Sustainable Aviation Fuel Certificate (SAFc) system to serve as an accounting tool that will allow SAF emissions reductions to be claimed by the traveler if they cover the higher cost of the fuel. In other words, corporations will be able to pay extra for sustainable aviation fuel certificates against their chosen routes, boosting demand for SAF and unlocking additional funding sources to stimulate this nascent industry. Instead of buying offsets, the SAFc framework provides customers with the option to invest directly into SAF and furthermore receive recognition for this purchase to prove Scope 3 carbon abatement for their corporations.

International aviation and shipping are unique in that they were excluded from national carbon budgets under the Paris Agreement. Instead, Parties were requested to work through the international regulators to reduce emissions from these sectors. Before the Covid-19 pandemic, traction was slow with governments and industry alike. In 2019, ambitious leaders in the sector joined the Clean Skies for Tomorrow Coalition as a crucial mechanism through which actors across the value chain could collaborate to advance efforts towards net-zero flying.

Being an industry with low profit margins to begin with, it is promising to see airlines emerge from the Covid-19 pandemic with the recognition of the false choice between longer-term profitability and sustainability. Over the last year we have witnessed this in the many commitments to net-zero that have come to pass.

On the consumer side, there are growing commitments from multinational corporations to fly on airlines using SAF. In October, Alaska Airlines and Microsoft signed a partnership agreement to reduce carbon emissions via flights powered by sustainable aviation fuel on key routes, while in February Deloitte struck agreements with Delta Air Lines and American Airlines to buy flights using SAF as part of its efforts to reduce emissions. Agreements like this enable corporations to help carry the extra cost of SAF to the airlines and the SAFc accounting framework is designed to facilitate, incentivize and standardize these transactions to ensure they are environmentally credible and result in additional sources of funding to rapidly accelerate SAF production and use

In September 2020, oneworld – which includes American Airlines, British Airways and Cathay Pacific Airways – announced that all 13 of its member airlines have committed to net-zero emissions by 2050, becoming the first global airline alliance to unite behind a common target to achieve carbon neutrality. The airlines said they will develop individual approaches to reach the net-zero target by 2050, through a mix of various initiatives such as efficiency measures, investments in SAF and more fuel-efficient aircraft, reduction of waste and single-use plastics, and carbon offsets, among other measures.

This was followed in February by Europe’s aviation sector unveiling its flagship sustainability initiative Destination 2050 – which lays out a route to reduce CO2 emissions from all flights within and departing from the EU by 45% by 2030, reaching net-zero emissions by 2050. This document is backed by major European flight industry associations, covering airports (ACI EUROPE), airlines (A4E), aerospace and defense (ASD Europe), air traffic control (CANSO), and regional airlines (ERA).

In March 2021, Airlines for America, the industry trade organization representing the leading US airlines, announced the commitment of its member carriers to work across the aviation industry and with government leaders to achieve net-zero carbon emissions by 2050. In April, British Airways-owner International Airlines Group announced the first SAF commitment, to ensure SAF accounts for 10% of their fuel usage in 2030. They plan to achieve this by investing US$400 million into SAF development in the next 20 years and purchasing one million tons of sustainable fuel on an annual basis.

Airports Council International (ACI) World and their five ACI regions adopted a long-term carbon goal for their member airports. ACI EUROPE not only reaffirmed the commitment of 235 airports to net zero by 2050 but also significantly raised ambitions with 91 airports run by 16 operators, being set to deliver on their net-zero commitment already by 2030.