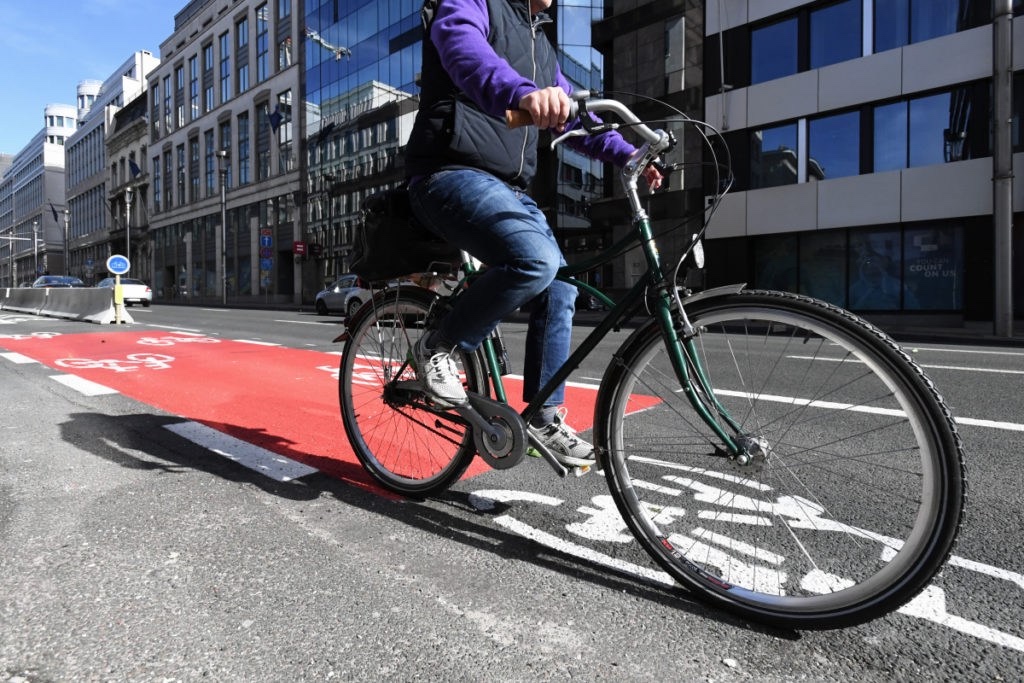 Want to live like Emily in Paris? This is how much it would cost you

One of the four car lanes on Belliard Street, in Brussels’ EU quarter, will be converted to a bicycle lane. In total, there will be two pedestrian and bicycle lanes along both sides. According to Belgian news outlet Bruzz, it remains unknown what the impact on car flow will be and a testing phase will be conducted. Also on the Montgomery roundabout, a lane will make way for a bike lane. The purpose of the test is to quantify the real impact before a final reconstruction takes place.

The works will be carried out during the first four days of the spring break, from Friday evening, February 25, 8 pm to Wednesday morning, March 1, 6 am. Montgomery roundabout will be completely closed to traffic. The sidewalks will remain accessible.

To this day, there is a great imbalance in the distribution of public space on Belliard Street. Cyclists and pedestrians must compete for scarce space there, alongside a four-lane road.

For pedestrians walking in the city, a space of almost 4 meters will be freed on the right side of Belliard Street. This will also allow people with strollers or wheelchairs to pass smoothly down the street. If the test goes well, the intention is to take the new situation as the starting point for the definitive reconstruction of Belliard Street.

In April 2019, we took an important first step removing a lane with no real difficulties for traffic. Today, we are taking an important additional step

According to Bruzz, the drivers organization Touring reacted negatively to the announcement. “Everything will depend on how the traffic lights are coordinated, but we never think removing a lane on a main road is a good idea,” said Touring spokesman Danny Smagghe. The Cyclists’ Union, on the other hand, believes it’s a good idea to provide more room for weak road users on Belliard Street. “Not only for cyclists, but also for pedestrians,” said spokesperson Wies Callens.