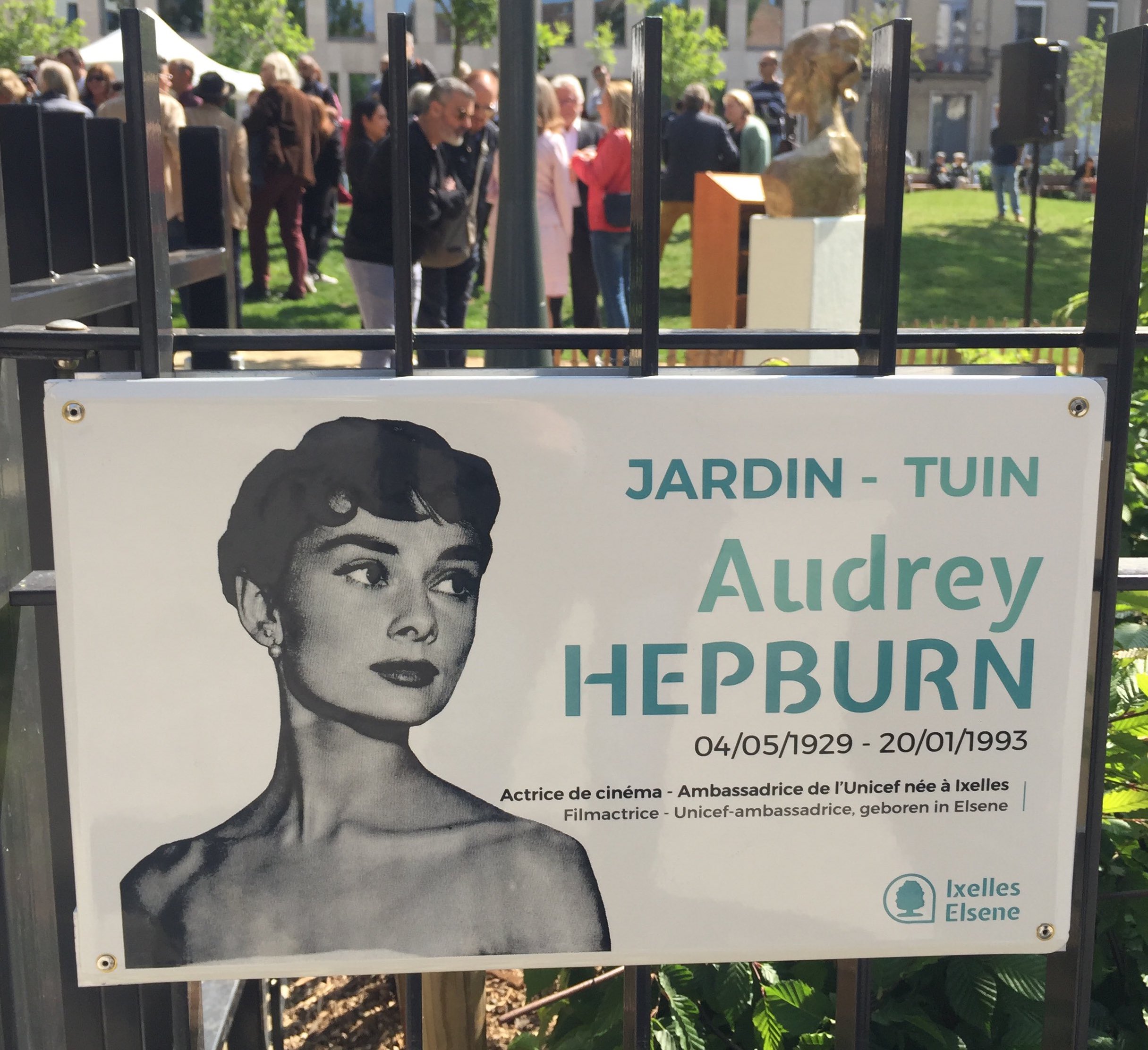 Brussels-born actress Audrey Hepburn gets park and statue in Ixelles

Japan may reopen to foreign tourists in June

TUI Belgium cancels flights to Bulgaria due to war in Ukraine

Audrey Hepburn (birth name: Audrey Kathleen Ruston) was born in the municipality of Ixelles on the 4th of May, 1929. Her parents were Joseph Ruston and Ella Van Heemstra, who were married in 1926 and found an apartment at 48 Rue Keyenveld, Ixelles.

In celebration of what would have been Audrey’s 93rd birthday, the municipality of Ixelles honored the actress by naming a new park after her and erecting a statue of the Hollywood star.

Speaking with Bruzz, Audrey’s son Sean Hepburn Ferrer explained that the new park in honor of the star is situated right at the end of Rue Keyenveld.

I think she would say that this was all a bit too much attention. But she would be glad her statue is looking over a park where children can play.

Audrey Hepburn became worldwide famous in the 60s, when she played the role in the movie “Breakfast at Tiffany’s.” Despite her international success, very few know that the actress was born in Rue Keyenveld in Ixelles and spent her childhood in Brussels.

During the Second World War, she wanted to hide her British origins and chose to use the name Edda Van Heemstra. She would then settle for Hepburn—the last name adopted by her father. In these years, Audrey supported the Dutch resistance by raising funds through shows.

Initially aspiring to become a dancer, she eventually entered the theater industry at the end of the 1940s. Her first big success was the Broadway play Gigi (1951), which opened the door to the cinema. In 1953—when Audrey was only 24—she received the Oscar for Best Actress for her outstanding performance in Roman Holiday, the romantic comedy directed and produced by William Wyler.

In 1967, she decided to put an end to her career as an actress to devote herself to humanitarian aid for children, becoming an Unicef Goodwill Ambassador in 1981.

Commissioned by her son Sean, the statue of Audrey Hepburn was created in 1993 by Dutch artist Kees Verkade. As requested by the actress’ son, the statue shows Audrey at three different stages of her life: an actress, a mother and a wife, and an ambassador for Unicef. Now, the statue has been moved to the park in Ixelles.