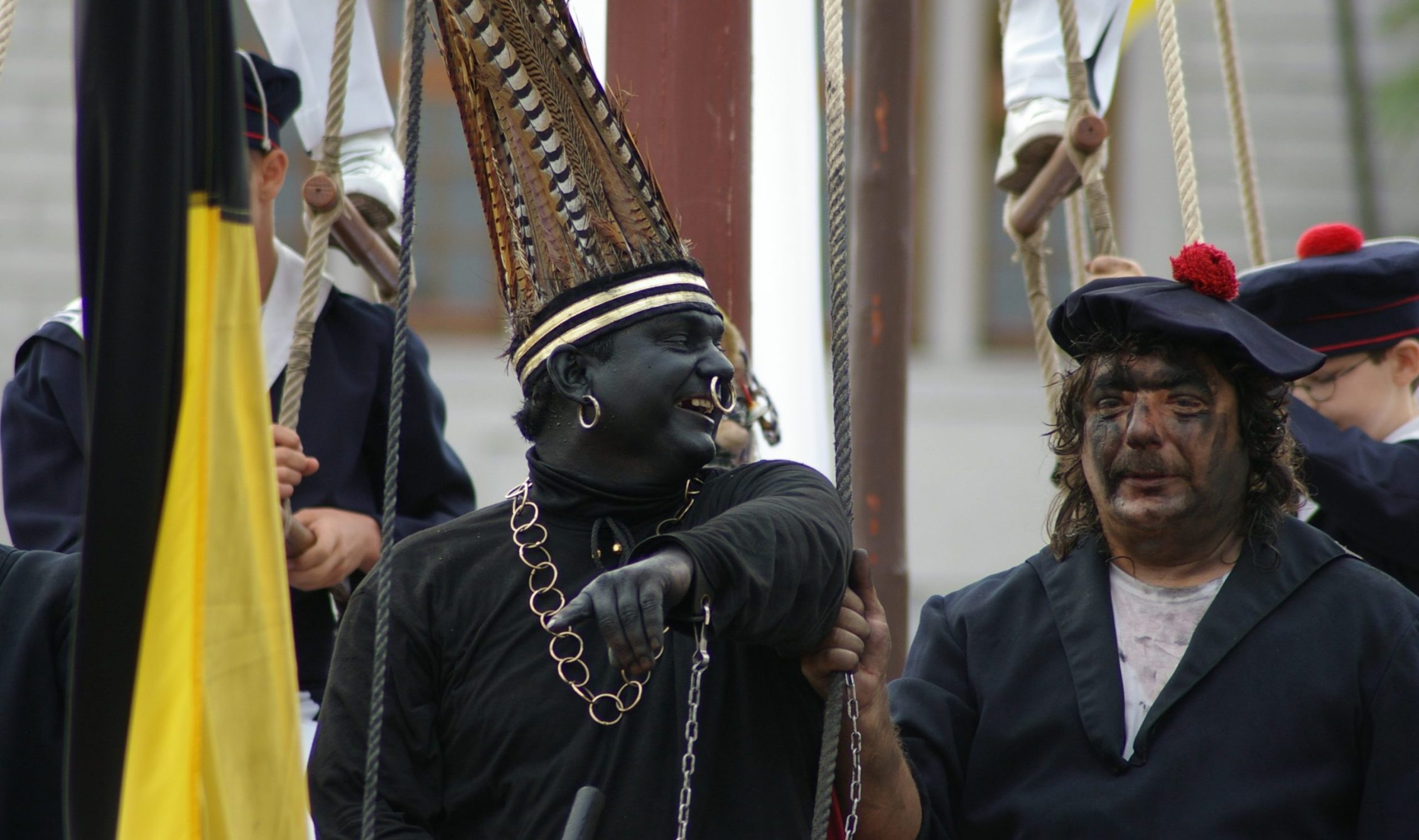 Every August the sleepy Belgian town of Ath is invaded by giants. Huge paper-maché creations are paraded through the streets as part of the ‘Ducasse d’Ath,’ as part of a traditional procession going back to the 15th century. The pageant was recognised in 2008 by UNESCO, who added it to the Representative List of the Intangible Cultural Heritage of Humanity. But now the listing has been rescinded due to complaints that one of the parade’s characters is a racist stereotype.

Originating as a religious celebration, the ‘Ducasse’ represented stories from the Bible, especially David and Goliath. The giant figures helped to make the biblical tales popular and memorable among an illiterate population. These days the pageantry goes on for several days around the last Sunday in August. There are local fairs and events, the culmination of which is the cortege of giants.

One of the procession’s characters is known as ‘The Savage’ and is usually played by a white man in blackface wearing a nose ring and chains. Over the last three years, a number of anti-racism groups have made official complaints about the festival to both UNESCO and the Walloon government. UNESCO had said it would announce a decision in 2023 but that has been brought forward.

The town of Ath had already responded to the criticisms by founding a commission of around 60 citizens  to look at various approaches to the controversy. These included removing the offensive character from the parade, or the parade removing itself of its own accord from the UNESCO listing.

Commenting on the early UNESCO decision, Bruno Lefebvre, Mayor of Ath implied there was some relief that the matter had been taken out of the town’s hands. “The idea is to turn the page,” he told news outlets.

We don’t want to come back every year at the time of the Ducasse with this problem.

If The Savage were omitted from the parade, UNESCO has confirmed the Duscasse’s importance in terms of cultural heritage could be recognised once more, should the town reapply.

Other Belgian and Benelux traditions have come in for similar criticism, including the character of Zwarte Piet, a companion to ‘Sinterklaas’ also portrayed with black face and racially stereotypical features. The Carnival of Aalst was removed from the cultural heritage listings by UNESCO in 2019, over concerns about manifestations of racial hatred disguised as satire.