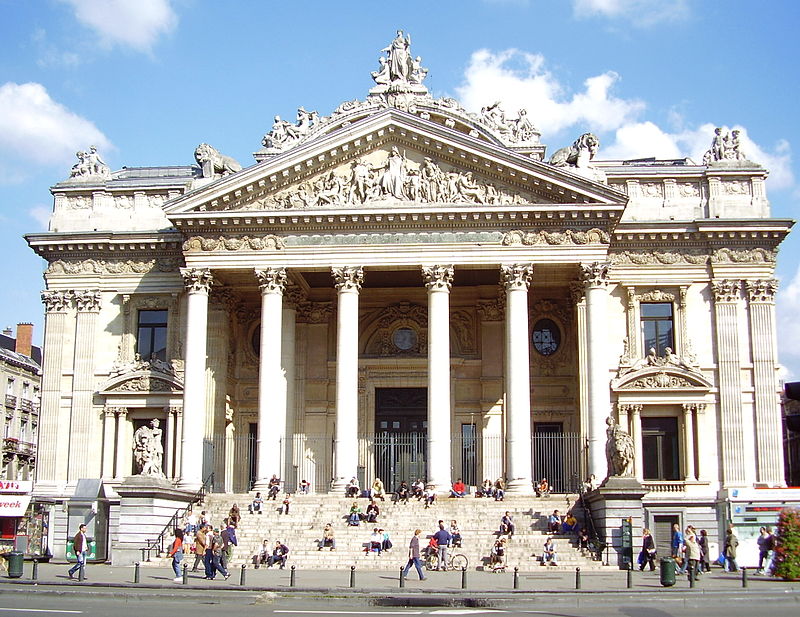 Work on the Brussels Stock Exchange (Bourse) is well underway to become a cultural attraction centered on the ‘Belgian Beer World’, a space dedicated to the Belgian brewing culture. The place should be accessible to the public from late spring 2023. Renovation works started in the summer of 2020.

The future ‘Belgian Beer World’, where about 100 breweries will be gathered, will occupy the two upper floors of the Bourse building. An access will be created through level -1 to the archaeological site Bruxella 1238. Baskets with glass backdrops will also be placed on the street to allow passers-by to admire the preserved remains from the street.

This project will strengthen the attractiveness of Brussels as a tourist center.

A walk-through gallery, which will house a restaurant, shops and exhibition spaces, will be accessible to the public free of charge on the first floor and different accesses will be created to the outside. The corner of the building overlooking the impasse Saint-Nicolas has finally been preserved and the width of this entrance equipped with elevators has been reduced.

The former accesses on Henri Maus and Bourse streets will also be reopened. The terrace with a panoramic view will be accessible to the public free of charge via the elevators. Only its bar will remain reserved for visitors of the ‘Belgian Beer World’ during the opening hours of the beer trail.

The City of Brussels bought the lease of the Exchange almost ten years ago for the sum of 4.7 million euros. All levels of government are involved in the financing of the current renovation and redevelopment project, starting with the municipality, but the Region is also involved in the operation. Discussions are still underway with Beliris for the federal level.

The cost of the project was initially calculated at about 40 million euros, of which seven million euros will be provided by the European Regional Development Fund (ERDF) and five million by private brewers. Since then, the budget has had to be bumped to about 50 million euros due to price increases in the raw materials, the Mayor of Brussels, Philippe Close has explained.

Project leader Krishan Maudgal told Belgian news outlet Brussels Morning that the commercial environment in the area does not make it any easier to work around the building. “Particularly because the building is a world heritage site and all adjustments could not be made just like that. This fact resulted in the delay in construction of the entire project,” he said.

In terms of energy, the gas heat pump system installed in the Exchange has been designed to allow for an evolution in its use. The possibility has been kept to use the waste heat from the sewers, according to the progress of the thermal project led by Vivaqua, the Brussels inter-communal water company. A very large sewage collector, linked to a former detour of the Senne, is indeed located near the Stock Exchange.

The city hopes to attract some 300,000 visitors per year. About 40 jobs would be created.