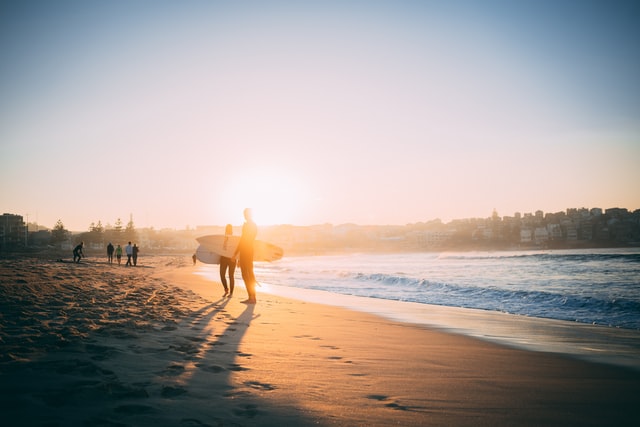 Australia has reduced plastic pollution on some of its beaches by nearly 30%. According to the World Economic Forum, coastal plastic is down 29% since six years ago after researchers conducted 563 litter surveys across 183 beaches. They discovered that awareness campaigns didn’t work in isolation.

To be effective, better infrastructure is needed, such as more bins. Community events such as Clean Up Australia Day help too, as do drives to reduce dumping. This includes hotlines where people can report litterbugs.

Many Australians now have four bins at home. The idea is to separate glass, food scraps and paper from mixed recycling. This makes it easier for local governments to sell recycled materials as a revenue stream, turning waste into wealth.

The whole country has also introduced a ban on exporting waste abroad forcing itself to tackle the issue. There is still a long way to go, however, as researchers have found high levels of plastic near major cities. And in remote areas, washed-up fishing gear appears. Disadvantaged neighborhoods also suffer from more litter but respond well to conniver deposit schemes.

“We hear a lot and know how much more plastic is produced every year, so to be able to see and document a change of almost 30 percent in such a short time is really encouraging,” said Dr. Denise Hardesty, a marine debris expert at CSIRO

It’s pretty amazing and speaks pretty well for Australia in terms of listening, engagement and infrastructure

The new report is based on a massive survey of Australia’s coastline in 2013, where researchers circumnavigated the entire continent to survey beaches and other coastal areas in 100 km increments. In 2019, they used a targeted approach to analyze 31 municipalities where significant changes have occurred. It took another three years to process and publish the results.

“Our research set out to identify the local government approaches that have been most effective in reducing coastal plastics and to identify the underlying behaviors that can lead to the greatest reduction in plastic pollution,” said lead researcher Dr. Kathryn Willis. “We were very surprised and excited to also discover that, on average, there was 29% less plastic on our beaches than in 2013, when similar surveys were conducted.”

The researchers also spoke to local councils to find out what worked and what didn’t when it came to reducing litter along the coast. Among the most effective measures were economic incentives such as cash for returned bottles, curbside collection of recyclable waste, and higher landfill levies that forced people to reconsider their waste.

Education and outreach, as well as policing illegal dumping, played a minor role in reducing waste. “In fact, we saw that there was a change where we’ve increased waste levies. People are going to think more about where and how they dispose of their waste,” Dr. Hardesty said.

If you just invest in outreach, education and community awareness, you won’t find the same decreases in plastic

The 29 percent reduction in plastic litter is a national average. Researchers noted that some areas experienced reductions of up to 73 percent. CSIRO executive director Dr. Larry Marshall praised local efforts across the country as a “Team Australia” effort. But the researchers also found some municipalities where plastic pollution increased.

In one area, plastic pollution increased by 91 percent, but the researchers chose not to name and shame the municipality.

They were more interested in finding out what works, i.e., financial incentives to avoid littering or using plastic altogether, to further reduce litter in the future. Such a drastic improvement in such a short time is likely to benefit seagulls, fish, corals and other marine species.