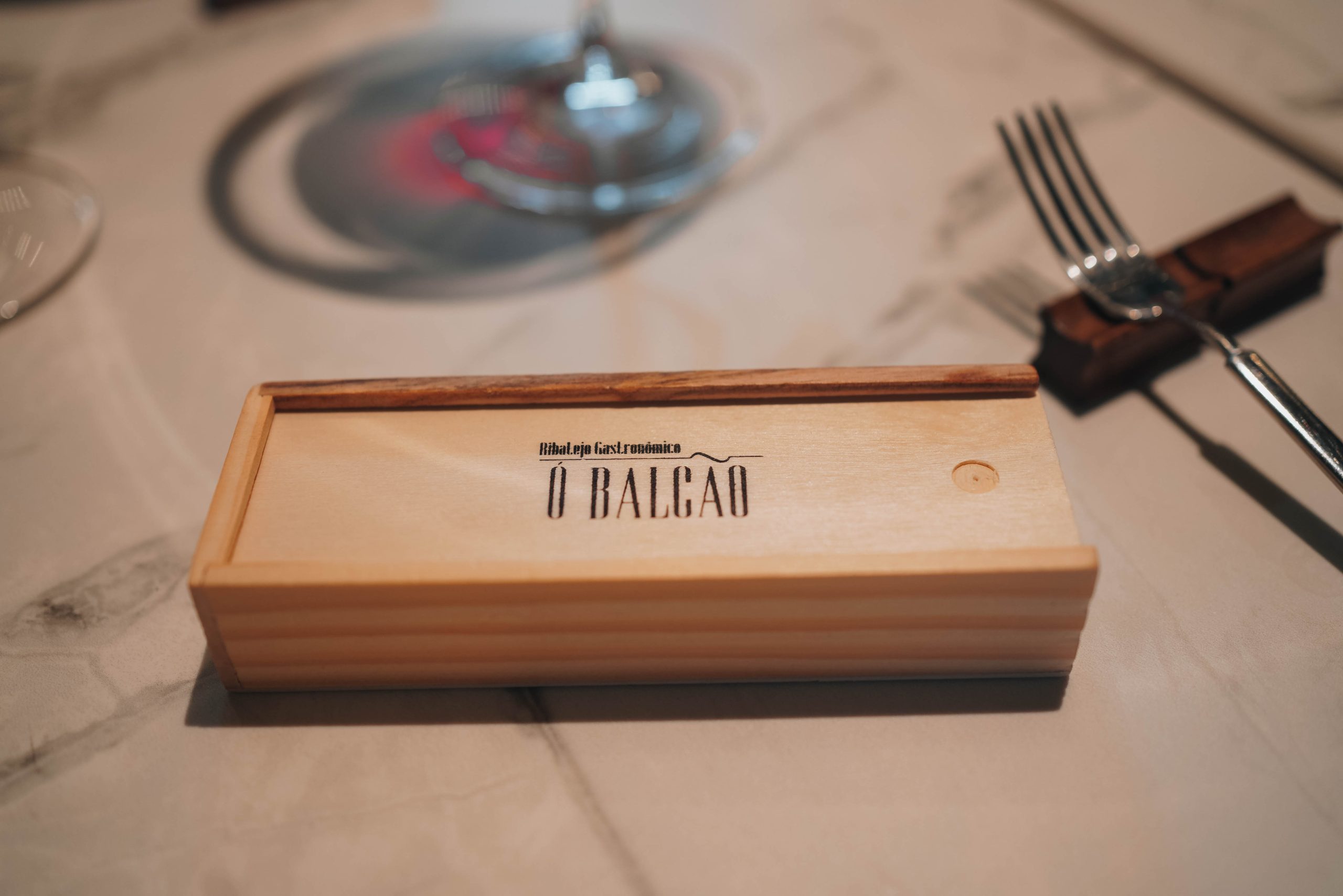 Around the Ribatejo table with chef Rodrigo Castelo

First US Super Nintendo World theme park to open in 2023

EU doubles efforts to curb its dependency on Russian gas

In the Portuguese city of Santarém, chef Rodrigo Castelo is often credited as the man behind the new gourmet scene that is erupting. And if there is a chain reaction to his restaurant, Ó Balcão, you’ll want to be in town to see the other pieces fall into place. Castelo’s genius is in sourcing local and forgotten ingredients. His dishes are like works of art, visually, texturally and on your taste buds – each element perfectly complementing the next. It is therefore not surprising that on March 16, Mayor Ricardo Gonçalves awarded him the title of ‘Ambassador of Santarém’s Gastronomy’.

I sampled some of his food surrounded by deep green walls and Portuguese ceramics, and he took time out from the kitchen to come and talk to me.

How would you describe your journey as a chef?

What I’ve come to understand is that I want to cook using the things that are naturally all around me. It doesn’t necessarily make sense for me to cook with all sorts of seafood, for example, not here, on the banks of the river Tejo, where I have freshwater ingredients in abundance. Cooking is a sensory experience and I want to work with local, regional produce that I can touch and engage with.

And that engagement includes you working with local producers of rare and forgotten ingredients in order to perfect their products. Was there any resistance from them or were they just pleased to find a wider audience for their produce?

It’s not difficult at all. They are very keen, eager to find new ways to work and bring their produce to market. In fact, nearly every day, more and more artisanal producers come to present their goods to me.

As if on cue, out comes the next dish on our tasting menu. It’s called ‘Tentacles and horns.’ To some, the name alone might be a little off-putting, but you get the feeling Castelo has little time for squeamishness. It’s not about bravura. It’s about respecting and making of what’s available. He murmurs softly, ‘Giant squid from the Azores and matured beef. Yam purée. Beef bone broth. Cockle hollandaise.  Reduction of herb oil.’

I’m about to ask another question, but ‘a look’ passes over Castelo’s face. He is suddenly elsewhere. He rises and goes to the kitchen, not annoyed exactly but, there’s something about the food that’s been put in front of us that he’s not quite satisfied with. I feel almost nervous for his team, until I hear laughter. I eat and everything is exquisite of course. He returns to our conversation with a smile.

What’s the produce you’re most excited about working with right now?

The freshwater fish. The matured beef. The castrated goat. I like these old animals. Matured for a long time. You have more flavour and the taste is more intense. It’s a slower approach.

What are your ambitions for the future?

And turning to your roots for a moment. We’ve seen the wine you’ve dedicated to your father. Obviously your relationship with him was very important. Could you tell us more about that??

For my family, being around the table together was essential. Everything was discussed and solved around the table. My father, while not a professional, was an exceptional cook. So, I learned to cook around the age of eight, at my father’s side.

Yes. But I didn’t turn professional until the age of 33. Before that I worked in the pharmaceutical industry and in sales of specialist devices.

Did your previous career in the pharmaceutical industry influence the way you put together flavours and textures?

I think what it’s taught me is we are what we eat and sometimes it takes years and years of work and research to perfect something. The pharmaceutical industry gave me that understanding of how you build towards something, the process and discipline behind it all.

Was it a challenge to your loved ones when they witnessed you taking that homely tradition of your family table and turning it into something more sophisticated?

Of course, in the beginning it was a bit scary. Local diners here in Santarém were perhaps not used to the smaller portion sizes, the complexity or refinement. But it grew on them. And of course, the restaurant’s success confirmed that this was the right direction to go in. When the media started paying attention and I started getting invitations to events, people saw it was the start of something.

So, if your focus on local links and provenance mean that this is not a model that is easily replicated or leads to world domination, what’s next? Obviously, you’re a perfectionist and an ambitious person, so how will you satisfy those aspects of his personality?

It’s true that I’m never satisfied. I always want to do better. But honestly, my biggest satisfaction is a quick one, an immediate one. Here I can see straight away if people are enjoying the food, or not. It’s plain to see by their reaction. The thing I love the most is to make people happy and to know that people leave here, feeling ‘Wow!’

Also, a healthy working environment, and happy people working around me, those things are really important. I’ve been involved in the past with helping to establish restaurants in Lisbon, coming up with the menu or concept or whatever, but nowadays, I want more hands-on, personal involvement. I want to create. I want to be able to live my life here in Santarém. I’ve been abroad, worked elsewhere . . . I’ve done all that and it’s not what I want now.

Being happy where you are is a great richness.

It’s funny you should say that. There’s a singer who sings about the grass always being greener on the other side, who says, ‘I’m always happiest wherever I’m not.’ In fact, I actually own another restaurant, and it’s called, ‘My Neighbour’s Chicken’. But that’s not what I feel here in Santarém. Here I’m building something, following my path.

And talking of following your own path, what’s your own favourite thing to eat?

You can’t ask a chef that question!

I love fish. Freshwater fish. Lovely fat fish like salmon or trout. Fatty meat. That’s what gives the flavour! But at the same time, I always like a little bit of acidity to cut through. A good meal is like going to the theatre to see a play. You watch a scene and it closes, and a new scene begins. You need to be able to taste and feel a variety of things.

How would you introduce children to new flavours?

Maybe learning to cook. My seven-year-old daughter is learning to cook right now. And she eats everything. She wants to taste everything. She’s even younger than I was. The first meal I learned to cook was beef with French fries and an egg, a fried egg. It’s a really traditional thing. It’s called Bitoque. Served with rice.

And what’s her specialty?

She can do a really good ham and cheese omelette – which isn’t so easy actually. Lots of grown-ups can’t make a decent omelette. She has great knife skills and helps me chop things. She can properly cook a piece of beef. And cod with French fries and egg.

Talking of the future of cooking, what’s your feeling about how restaurants are going to survive the pandemic? Is the answer local produce? Having an outside space? Is it just who can hang on the longest? Partnerships? What’s your sense of how the industry will come through?

In a way, if you look at everything from a certain perspective, I wonder if we didn’t contribute to the pandemic somehow. If it wasn’t maybe a product of human activity, of us forgetting our roots. But I don’t know what’s going to happen. I am just trying to take it one day at a time.

What would his advice to a young chef be?

Not everything is lemon.

I dutifully note down this rather philosophical response, before realising it’s the name of the next dish that has arrived. A pre-pudding, or palate freshener if you will. It’s perfectly balanced – a lemony lime quenelle, with candied fruit, sweet crumbs and a caramel sauce.

We eat and talk about tradition. In tiny French villages, I say, there are bread-automats. They are filled up with bread in the morning and even though there’s no longer a boulangerie, you can go and buy your loaf from a vending machine. Some people would never have thought it possible that the French would buy their bread in such a way! What do you say to that?

That happens in some rural places here too. Things change. People adapt to circumstance. Curing food to make it last for example. Here in the restaurant we cure all our fish. People have always needed to find new ways to eat. We use sugar, gas and water, smoking. Gas and water creates osmosis. It can be surprising.

Talking of surprises, out comes a little box of dominoes – a gift to all tasting menu diners. Inside is a list of what we ate and a small dedication from Rodrigo Castelo:

One of my strongest memories of being around the Ribatejo table, is the memory of dominoes. It’s a game that reminds me of my father and grandfather. I hope that the time spent at my table today lives on in your memory too. 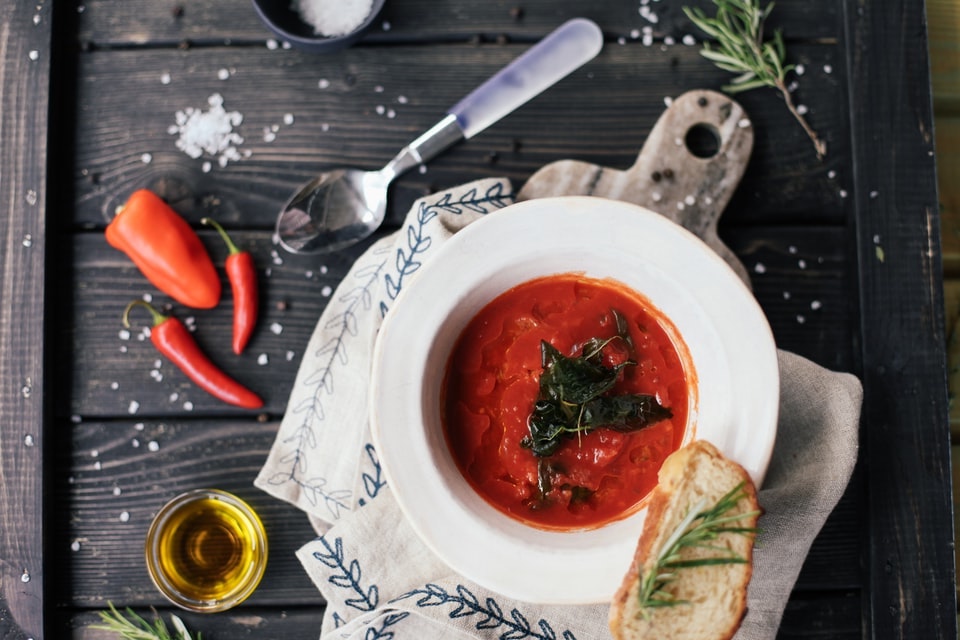 Tourism in Santarém is on the path to growth