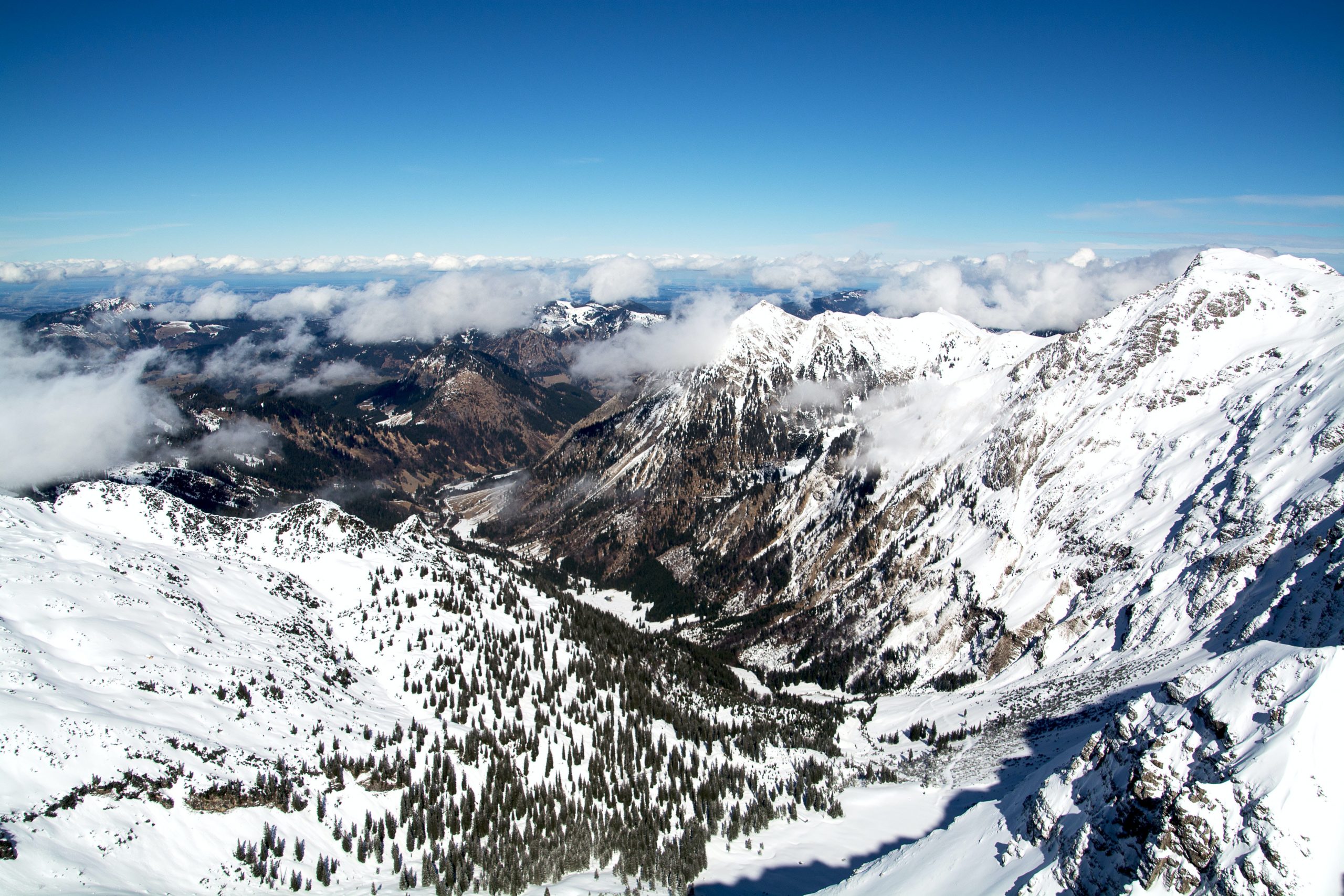 All glaciers in Germany will melt away within ten years

Spain to allow entry to all vaccinated visitors from 7 June

24 May 2021
▲
Nebelhorn glacier in Oberstdorf, Germany © Nicole Kühn on Unsplash

Despite what some might say, global warming is real. And its consequences can be seen all over the planet. Species are getting extinct, weather conditions are getting more and more extreme, and sea levels are rising – threatening quite a lot of populations worldwide. When we think about the rising sea levels, we immediately picture the crumbling ice sheets in Iceland and the Antarctic. Yet even though that’s true, there’s other factors at play too. One of them, which can’t be underestimated, are the melting glaciers.

First of all, let’s talk about the phenomenon itself. What exactly is a glacier? How do we define them? Well, according to the American Dictionary, a glacier can be determined as follows. “A large mass of ice that moves slowly over land, especially down the side of a mountain, often moving rocks with it and changing the shape of the land.” A definition that says it all. Glaciers can still be found all over the world, from France all the way to New Zealand. But, they’re becoming rarer and rarer to come across as temperatures are rising and therefore, glaciers are melting.

At this moment, Germany is one of the countries where you can go to observe a glacier. Not for long though, as all five of them are expected to disappear within ten years from now. That expectation is the result of scientific research published in a report disclosed by the Bavarian Minister of Environment Thorsten Glauber.

The days of our Bavarian glaciers are numbered, and sooner than we’d expected”, he said during an official announcement. Up until not so long ago, scientists believed the five remaining glaciers in Germany, all located in the Bavarian Alps, would stand their ground until 2050.

A prediction not without consequences, as the glaciers play an important role within the local ecosystem. First of all, the local population depends on the glacial waters for its drinking water. Secondly, about sixty percent of the local fauna and flora is expected to be threatened with extinction once the glaciers disappear. Last but not least, the rising temperatures pushing the glaciers to melt do also threaten the permafrost within the mountains. Without that permanent frost, the rocks won’t be held together any longer and the mountains will therefore fall apart, causing avalanches all over the region.

If you still want to catch a glimpse of one of the German glacier, you better be quick about it. As we said, they’re all located in the Bavarian Alps. Three of them are part of the Zugspitz range: the Nördliche Schneeferner, the Südliche Schneeferner and the Höllentalferner. The two others, the Watzmanngletscher and the Blaueisgletscher, are located at the Hochkalter.