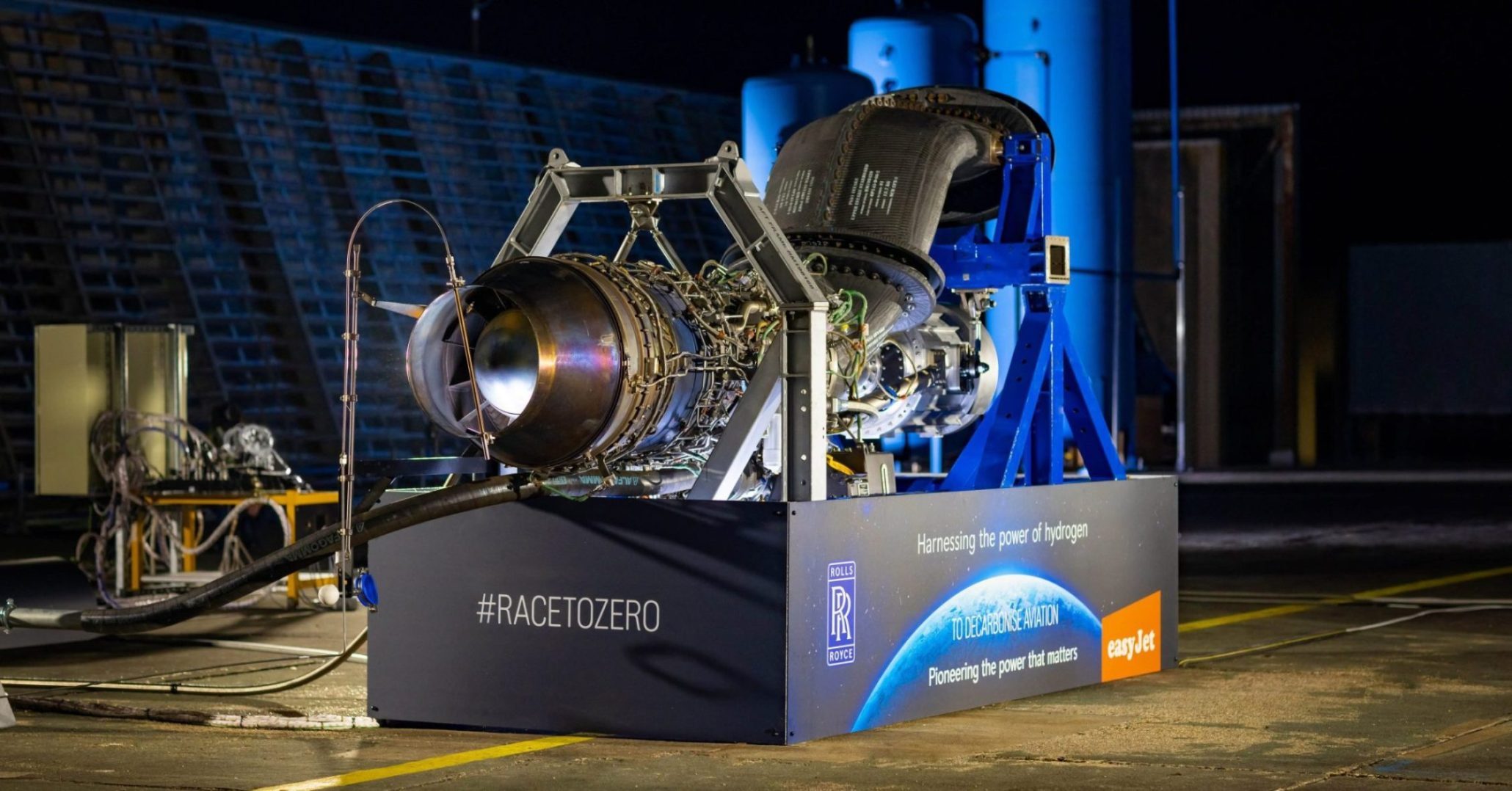 The British company conducted the test at a government facility at Boscombe Down, the European Marine Energy Centre (EMCE), where it produced green hydrogen generated by wind and tidal power from the Orkney Island, an archipelago in waters north of mainland Scotland. Since its inception in 2003, EMEC has become a major hub for the development of wave and tidal power. Grant Shapps, the UK Business Secretary, described the demonstration as a “prime example of how we can work together to make aviation cleaner while driving jobs across the country”.

To perform the test, in partnership with Easyjet, Rolls-Royce used a converted AE 2100-A turboprop engine that powers civil and military aircraft. The two companies plan to move on to a second set of tests, which will in turn lead up to a full-scale ground trial of a Rolls-Royce Pearl 15 business jet engine.

We are pushing the boundaries to discover the zero carbon possibilities of hydrogen, which could help reshape the future of flight.

Both Rolls-Royce and EasyJet have expressed commitments to achieve net-zero carbon emissions by 2050. Since development will take decades, it’s important that industry starts researching and testing ahead. Hydrogen has always held promise as a fuel for transportation, especially in larger trucks, but it is prohibitively expensive to manufacture, store, and distribute.

Nevertheless, the successful test marks another key step in maintaining hydrogen’s relevance as a candidate fuel to decarbonise the aviation sector, long known to be a problematic segment, as previously highlighted by the Intergovernmental Panel on Climate Change (IPCC). Moreover, following the Race to Zero pledge backed by the United Nations, airlines have shown commitments to achieve net zero carbon emissions by 2050 and are thus pushing to use more sustainable fuel as an alternative to petroleum-based jet fuel. Other companies such as Airbus are also planning hydrogen-powered tests on jet engines in order to bring zero emissions aircraft by 2035.

Despite the milestone in the aviation sector, Ryanair’s CEO Michael O’Leary appeared cautious when it came to the outlook for new and emerging technologies in the sector during an interview with CNBN last year.