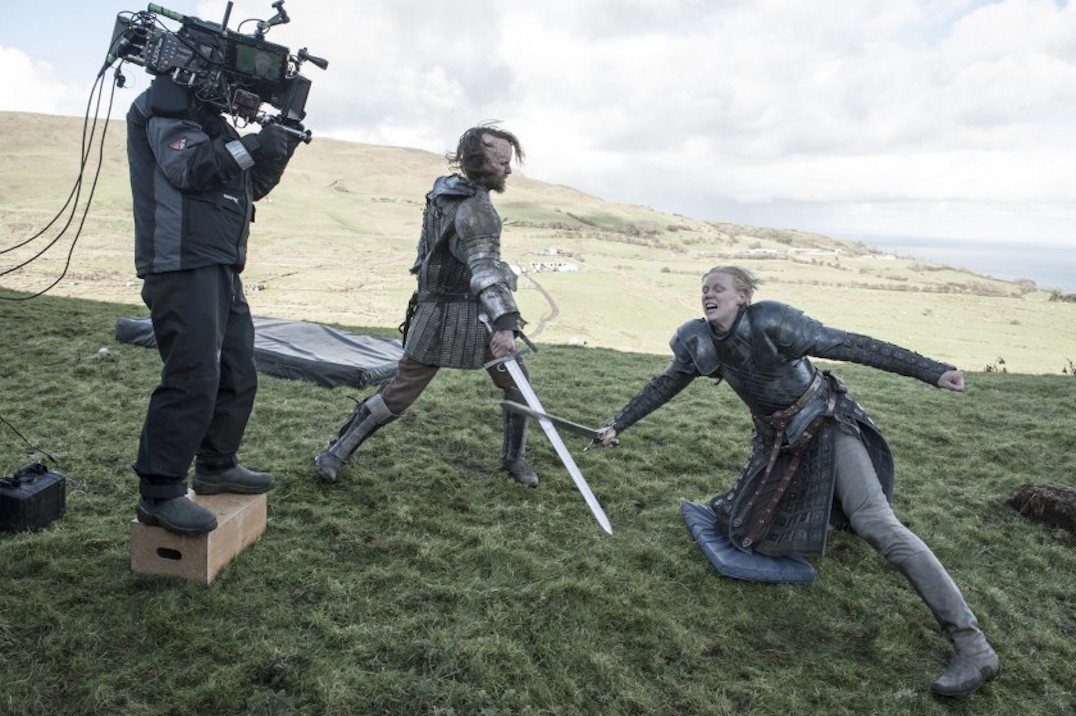 ‘Film induced tourism’ refers to the visit of places where a particular movie or TV series was set.  This phenomenon is particularly advantageous for these places – especially for the most remote ones – as it exposes them to the world’s scene, contributing to attract tourist flows.

There are plenty of examples of movies and TV series that have contributed to raise the popularity of some specific areas.

Many scenes of Game of Thrones, one of the most successful fantasy TV series, were set in Ireland. Indeed, the coastline, the historic castles and the amazing scenery of Ireland create the perfect setting for the story.

Today, many tour operators organize trips to visit the filming locations, where tourists can live a unique experience and immerse themselves in the story.

2. The Lord of the Rings – New Zealand

New Zealand’s wild rivers, mountain ranges, and grassy fields provided the perfect scenery for the Lord of the Rings movie trilogy. The movies were entirely filmed in New Zealand, in more than 150 locations across the island. For example, the Waikato town of Matamata was used to create the Village of Hobbiton, and it is now a permanent tourist attraction. Mount Victoria is another location which was used to depict the Hobbiton Woods. Other important locations include Harcourt Park, the Hutt River, Queen Elizabeth Park, Takaka Hill, Mount Sunday, and Arrowtown.

Many scenes from the Hollywood movie Indiana Jones and the Last Crusade were filmed in Petra, Jordan. For example, the fictional Canyon of the Crescent Moon was modeled on the eastern entrance of Petra. The entrance, which is named the Siq, is a 76-meter-high sandstone slot canyon that leads to Al Khazneh (the treasury). It is the most stunning feature of Petra’s breathtaking architecture.

In the final scenes of the movie, actors Harrison Ford and Sean Connery appear from the Siq and walk into the labyrinths of the treasury to find the Holy Grail.

The 2008 musical Mammia Mia was set in the Greek island of Skiathos. With its blue sea, pine forests, and beautiful houses, this is the perfect location to organize a wedding, as it happens in the movie.

In particular, there are two film locations one the island. One is the St. Nikolaos Bell Tower; this is where Sophie (the actress Amanda Seyfried) mailed her wedding invitations to her three possible dads. From there it is possible to enjoy a breathtaking panoramic view of the island.

The second location is the Old Port of Skiathos, where the actors Pierce Brosnan, Colin Firth, and Stellan Skarsgård (the three dads of Sophie) met for the first time.

Jurassic Park and Jurassik Wolrd, the dinosaurs’ movies, own their spectacular scenery to many Hawaiian Islands thanks to their numerous verdant jungles, cascading waterfalls and scenic coastlines.

One important film location is Honolulu Zoo, located near Honolulu’s Waikiki Beach. In the movie, Honolulu zoo was a petting zoo for kids, where they could admire friendly little dinosaurs.

A second location is Na Pali Coast in Kauai, which, thanks to its iconic coastline, sets the scene for both Jurassic Park and Jurassic World.

A third location is Manawaiopuna Falls (now also called Jurassic Falls), located in Hanapepe Valley, Kauai. Manawaiopuna Falls made its film debut in Jurassic Park. In the movie these falls are on the background when the helicopter carrying the film’s stars lands for the first time on Isla Nublar.