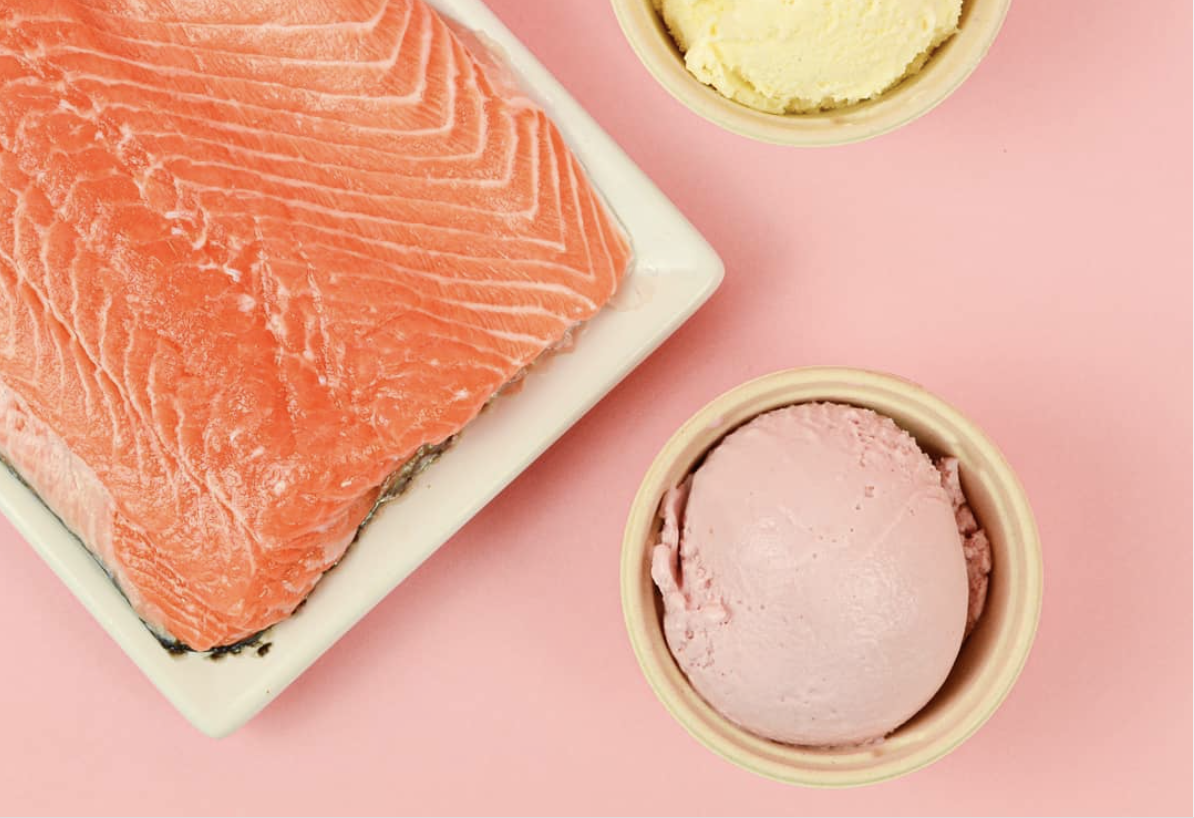 Everybody loves chocolate, vanilla, and strawberry ice cream. But have you ever tried to step out of your comfort zone to try some unusual flavors? And by unusual we don’t mean matcha ice cream or charcoal black ice cream… Check out these four seafood-based weird flavors people with sensitive stomachs should avoid.

Produced by the former UK’s Fredericks Dairies ice cream manufacturer, the Fish and Chips flavored ice cream included creamed cod fillet ice cream in a vanilla & pepper batter. And to make it even tastier, it was accompanied by potato ice cream chips served with salt & vinegar seasoning and lemon wedges. Another attempt to create a fishy ice cream flavor was reported in Australia. There, in 2012 fish and chip magnate George Kailis, together with local ice cream chain Il Gelato, turned the popular fish and chips dish into an ice cream.

Vancouver-based Mister Artisan Ice Cream is well known for its unique innovative products. But in 2017, the Canadian ice cream manufacturer brought ice cream to another level, when they started serving savory smoked salmon ice cream sandwiches. The ice cream was made of smoked wild British Columbia salmon that was mixed with milk and cream cheese and then served between two cracker wafers. But the salmon flavored ice cream was available for a couple of days only as it was a limited edition on the occasion of 150th Canada Day. Even Dasher & Crank, a craft ice cream shop located in Miami, gave it a try to the salmon ice cream. In 2020, Dasher & Crank came up with the idea to poach smoked Chilean salmon in a cream cheese ice cream base.

This ice cream is made with buttery vanilla and real lobster meat! It was invented back in 1988 by Ben and Bill’s Chocolate Emporium in Maine, USA, and it’s still on their menu! The shop is located in Bar Harbour, a popular location among tourists and locals. Decades after its invention, the lobster ice cream remains a must-try… And if you aren’t a fan of fish and dairy mixes, you’ll have to settle for a vanilla scoop or for a picture with the cartoonish lobster statue at the shop’s entrance.

And finally, this jellyfish-based ice cream is the icing on the cake! The flavor was created by Lick Me I’m Delicious, a company that manufactured the World’s first Nitro Ice Cream Buggy based on a nitrogen injection system. The jellyfish ice cream was invented by Charlie Harry Francis, an award-winning food inventor behind the company. But the true peculiarity of this ice cream is that it glows in the dark! The company used calcium to activate luminescence proteins found in jellyfish. These proteins react when they are agitated, or, in other words, when we lick the ice cream. And the price for a scoop of glowing ice cream? Around $225.