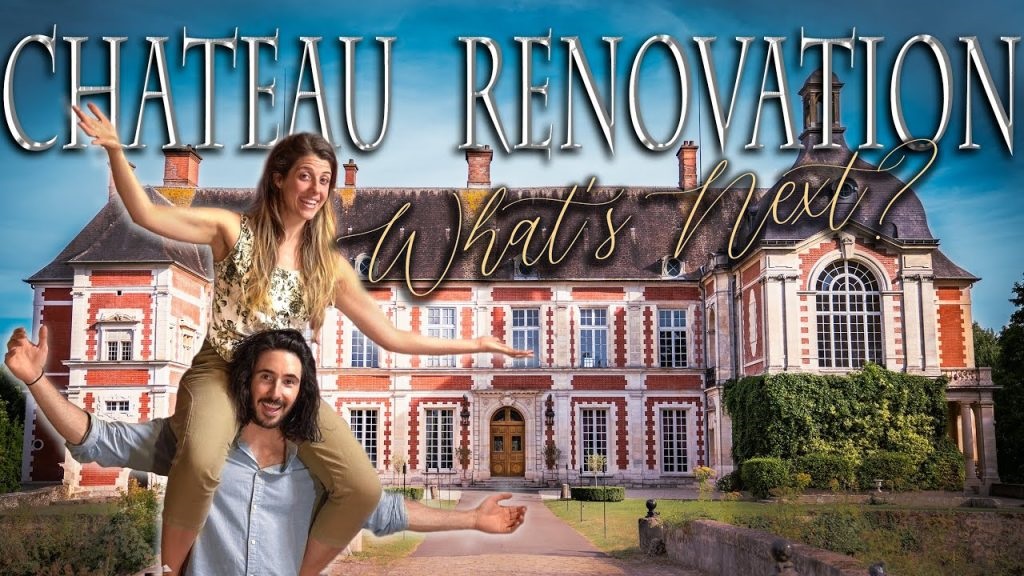 When scrolling through YouTube, you’ll quickly realize there’s something for everyone out there. Whether you’re curious about how to fix your broken dishwasher or want to try a new make-up style, it’s all neatly documented on there, with endless videos to choose from. Nonetheless, when just scrolling around, you might think it’s not for you. Too much talking, too little (or too much) to see. Yet once in a while, one will encounter a subject so irresistible they can’t but click on the title. And go down the rabbit hole.

For me, that was the case when I discovered the wonderful world of YouTube channels entirely dedicated to castles and their renovation processes. One day, I didn’t even know this was a thing, the next, I’d seen about 50 videos already and it wasn’t looking like I was about to slow down. So here’s a little warning: they can be very addictive, especially if – like me – you’re a historian and someone who’s a bit too curious about the lives and homes of others. Having said that, let’s move on.

The downside of trends on YouTube and anywhere really, is the fact that quickly, everyone who can will jump on the bandwagon. Even though, clearly, not everyone’s capable of making interesting, compelling videos. When looking at some of the chateau-dedicated YouTube channels, it’s impossible not to cringe. The editing looks like something you’d expect from a video in the early 2000’s and the voice-over sounds like the ones you hear in an infomercial for seniors. Not very attractive, to say the least, and you better change channels as quick as you can.

Because for all the extremely poor content out there, you’ll also be able to find a few gems. People who, for some reason, just get it. They know how to make a video worth watching and share enough of their lives to get hooked, yet also little enough to be intrigued. They hit the sweet spot. Combined with the most interesting histories of their chateaux, it’s like watching a modern version of a history documentary. Only here, you get an almost never-ending amount of content and the humoristic bits are thrown in as a little extra because well, in 2022 we all need a laugh every now and then. Intrigued, but don’t know where to begin? No worries, I did the very hard work for you of watching and selecting the best English-speaking chateaux channels out there. Someone has to do it, right?

Chatelaine Stephanie Jarvis is without a doubt one of the OG chateau YouTubers. She and her best friend “the elusive” Nick bought Chateau De Lalande back in 2005. But how to renovate a French castle dating back to the 16th and 19th century? Well, if we are to believe Stephanie, it all comes down to the right company and a positive mindset. Little by little, the chateau is getting its original flair back and as a viewer, you get to see all the details. From how to catch an escapist sheep to how to make a bed crown, all the info’s there to absorb. Special mention for Stephanie’s mother Isabelle, who never disappoints with her oh-so-French skepticism.

2. How to Renovate a Chateau (without Killing your Partner)

You’ll already have understood it by the title, Anna and Philipp have got a great sense of humor. In another life, the couple lived in Paris, where Anna was a designer at Balmain and where Philipp worked as a video maker. Two kids and a lot of life insights later, they’re now living at Chateau Le Fleur in Honfleur. In terms of chateaux, theirs is rather small and modest yet that also makes the atmosphere a lot more relaxed. If you want to find out how to make your own block-printed wall paper or how not to measure your kitchen cabinets, their channel will show it all. And once in a while, you might see Ziggy’s cute dog tail swoosh by.

In terms of chateaux channels, The Beau Chateau is rather new to the scene but you wouldn’t say so just looking at their videos (and number of subscribers). When Daphne inherited the Chateau de Lésigny near Paris from her grandfather, she panicked. But after a lot of contemplation and with the help of her boyfriend Ian, everything turned out to be (more or less) fine. Their video style might be the most cinematographic one within the category and every time they post a new video, a little ‘hurray’ tends to escape me. If you’re a fan of legends, make sure to watch their Halloween special…