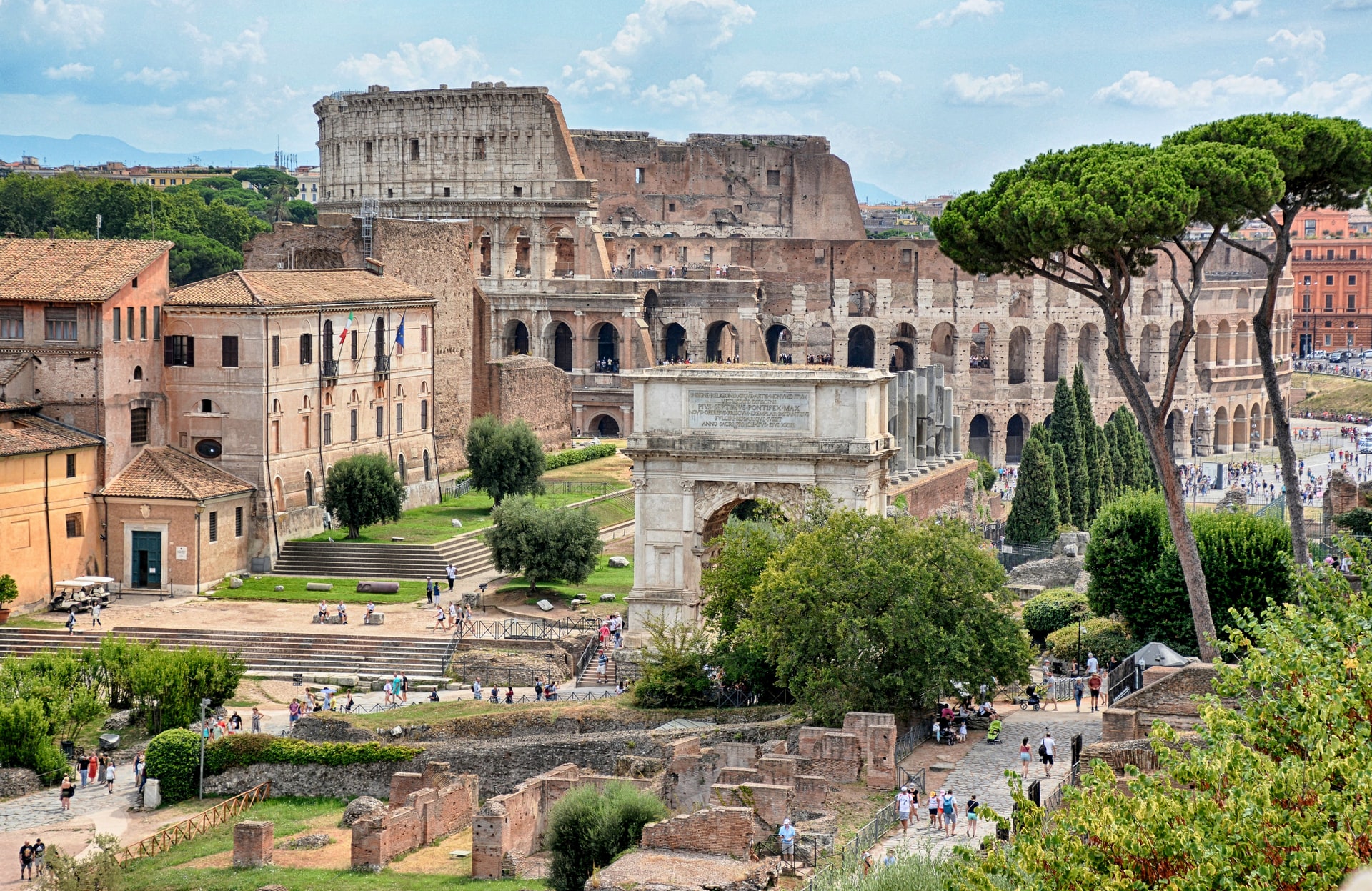 When I think about Rome, the first thing that comes in my mind is the Colosseum and The Gladiators’ story.

Rome is the capital of Italy and was created, according to the legend, by Romulus and Remus more than 2,750 years ago. Rome is an antique city and we can say that Rome, besides modern buildings and infrastructures, is like an “open museum city”. Just walk on the streets and watch… You can see everywhere antique monuments and old buildings that are waiting to tell you their story!

Rome is also a metropolitan city and one of the most visited cities in Italy.

As an introduction, I wish to share with you 10 tourist attractions in Rome, but believe me, there are much, much more!

The Colosseum is one of Rome’s most popular tourist attractions. It is an iconic symbol of Imperial Rome listed as one of the New 7 Wonders of the World. This well-known monument is related to the story of the Gladiators. It was a place where people killed other people just for the pleasure of the citizens and the emperor.

The Trevi Fountain is a fountain in the Trevi district, designed by the Italian architect Nicola Salvi and completed by Giuseppe Pannini. Standing 26 meters high and 49 meters wide, it is the largest Baroque fountain in the city and one of the most famous fountains in the world.

Of course, I did throw away a coin in the fountain and made a wish to go back to Rome in the future.

This is the largest Church in the world! Located in the Vatican City and designed principally by Donato Bramante, Michelangelo, Carlo Maderno, and Gian Lorenzo Bernini, St. Peter’s is the most renowned work of Renaissance architecture. Catholic tradition holds that the basilica is the burial site of Saint Peter. The pope presides at a number of liturgies throughout the year both within the basilica or the adjoining St. Peter’s Square; these liturgies draw audiences numbering from 15,000 to over 80,000 people.

The Pantheon is a former Roman temple, now used as a Catholic church. One of the best monuments and architecture in Rome, this place consists of a large circular portico with three ranks of huge granite Corinthian columns.

The Spanish Steps (or Scalinata di Trinità dei Monti in Italian) are a set of steps between the Piazza di Spagna at the base and Piazza Trinità dei Monti, dominated by the Trinità dei Monti church at the top. The monumental stairway of 135 steps was built with French diplomat Étienne Gueffier in 1723–1725.

This Monument is a rectangular forum (plaza) surrounded by the ruins of several important ancient government buildings at the center of Rome and located in the small valley between the Palatine and Capitoline. For centuries the Forum was the center of the day-to-day Roman life: the site of triumphal processions and elections; the venue for public speeches, criminal trials, and gladiatorial matches; and the nucleus of commercial affairs.

Piazza Navona is a public open space. It features important sculptural creations: in the center stands the famous Fontana dei Quattro Fiumi (or Fountain of the Four Rivers) topped by the Obelisk of Domitian, brought in pieces from the Circus of Maxentius, the church of Sant’Agnese in Agone, and the aforementioned Pamphili palace.

The Vatican Museums are the public art and sculpture museums in the Vatican City. They display works from the immense collection amassed by the Catholic Church and the papacy throughout the centuries including several of the most renowned Roman sculptures and most important masterpieces of Renaissance art in the world.

On Instagram, this museum is famous for its beautiful stairs.

The Sistine Chapel is a chapel in the Apostolic Palace, the official residence of the pope, in the Vatican City. It is the site of the papal conclave, the process by which a new pope is selected. The fame of the Sistine Chapel lies mainly in the frescos that decorate the interior, most particularly the Sistine Chapel ceiling and The Last Judgment by Michelangelo.

10. Altar of the Fatherland

This beautiful monument was built in honor of Victor Emmanuel II, the first king of a unified Italy.  From an architectural perspective, it was conceived as a modern forum, an agora on three levels connected by stairways and dominated by a portico characterized by a colonnade.