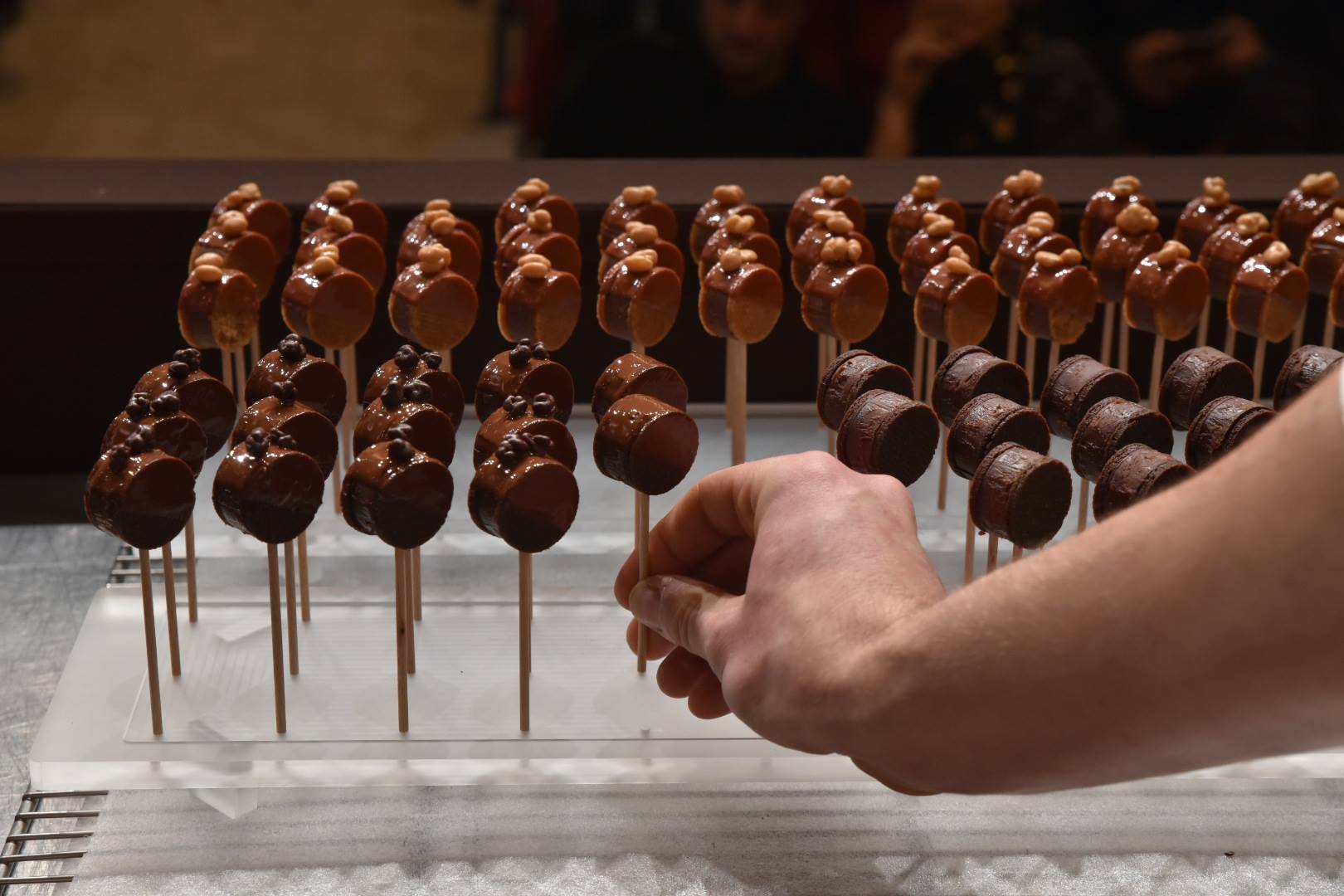 Many businesses are collapsing: The travel industry speaks

Sweet, savory, vegetarian or meat-based… Whatever your preferences, there is a festival to satisfy your stomach!

This festival solely dedicated to bacon takes place in February in Sacramento, the capital of California. During these days, various wineries, restaurants, bars, and breweries serve food specialties all focused on bacon: bacon gelato, bacon ramen, bacon salads and much more!

Cookers grill bacon on the streets using only organic meat as factory farm products are not allowed.

The Dumpling Festival – actually called Dragon Boat Festival – is celebrated each year in Hong Kong on the fifth day of the fifth Chinese lunar month. During this day, families gather together to eat zongzi dumplings. They are made of glutinous rice filled with different ingredients (sweet or savoury), wrapped in bamboo, lotus or banana leaves. The festival is also famous for the dragon boat race, a spectacular sport that has increased in popularity and has now its own international federation.

The Vegetarian Festival – or Nine Emperor Gods Festival – is an annual event held on the 9th lunar month of the Chinese calendar (usually September or October). It takes place in the island of Phuket and lasts for nine consecutive days. Here you’ll find plenty of vegetarian and vegan dishes made with fruit, vegetables, soybeans, and vegan protein products.

But it’s not just about food… The celebration is famous also for mind and body purification practices (also extreme), such as firewalking, body piercing, marches to drive away evil spirits etc.

The Maslenitsa Festival is a Russian holiday that celebrates the end of the winter season and the beginning of spring. In these days, people wear traditional colorful costumes and masks. Pancakes dominate the scene! They are normally eaten with sweet toppings like jams, butter, and fruits, but also savory toppings such as caviar. The celebrations include also many activities, such as sledding, horse sleigh riding, folk dances, and puppet shows.

The Pizzafest is the world’s largest celebration dedicated to pizza. It takes place in Naples and lasts for an entire week.

In these days, Naples’ waterfront is filled with stands and tables, where people can enjoy different kinds of pizza. The program includes also seminars, exhibitions, workshops, and entertainment.

An important part of the festival is the “World Pizza-Making Championships”: a competition in which several pizza-makers from all around the world compete to bake the best pizza. At the end of the competition, a jury will choose the best pizzaiolo in the world.

This festival entirely dedicated to ramen takes place from late October to early November in Tokyo. The show is Held at Komazawa Olympic Park and it is one of Japan’s largest outdoor festivals dedicated to ramen. The festival features many different vendors preparing different styles and flavors of Ramen from all over the country’s regions. The entry to the show is completely free, and prices for a bowl of ramen are quite low. One meal costs less than $8.

The Herring Festival is held in Hivde Sande, Denmark, on the final weekend of April, when the herrings migrate to that area. The festival includes a fishing competition, but the real reason why people come to the town is to enjoy delicious herring-based dishes, such as baked, fried or pickled herrings, and fish cakes.

This is considered the World’s largest event dedicated to chocolate. The Salon du Chocolat takes place in Paris during five days in the fall. The festival’s program includes a selection of chocolate sculptures and chocolate workshops. More than 500 chocolate-makers representing 60 countries participate to the event, providing tasty chocolate samples, demonstrations and talks. During the event chocolate even turns into fashion: at the Chocolate Fashion Show models walk in chocolate dresses!

The Salon du Chocolat is held also in other cities, but the one of Paris is the largest and most important one.

This eight-day event is held in Travers City, Michigan, to celebrate the new cherry crop after the winter. The event attracts each year more than 500,000 people. Visitors can sample fresh cherries and other cherry-based products. During the festival, more than 150 activities are organized, such as the cherry-pancake breakfast, picnics, performances of the U.S. Air Force, parades, and concerts.

The International Alba White Truffle Fair is an haute cuisine event held between October and November in Alba, Italy. The fair includes a Truffle Market, where visitors can taste and buy truffles from the Langhe, Monferrato and Roero area. There is also a space dedicated to cooking shows, the truffle sensory analysis, wine tasting, wine pairings, as well as guests talks and debates. Recently, the fair has also created the Alba Truffle Kids Truffle, a pavilion entirely dedicated to children.