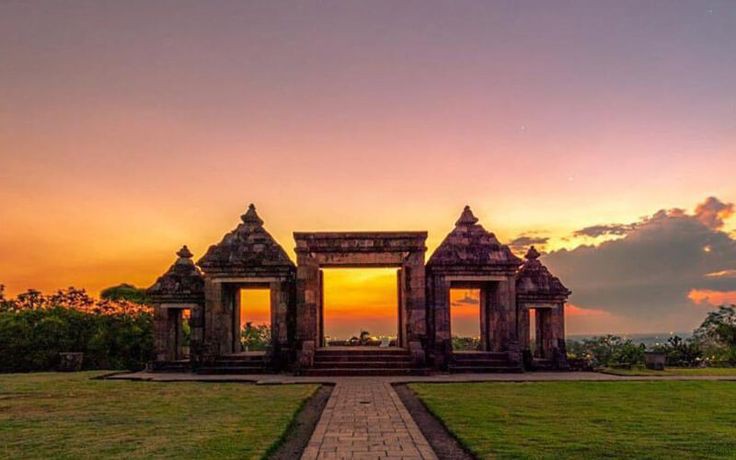 10 Places to visit in Yogyakarta, Indonesia

Cycling through the heathland on this Belgian cycling route

Yogyakarta often called “Jogja” is a city on the Indonesian island of Java, known for its traditional arts and cultural heritage. Besides the cultural heritage, Yogyakarta also has many beautiful places to visit, some of them built as long ago as a thousand years or even more. The delicious food from this city is also unmissable. Here are my 10 recommendations for places to visit in Yogyakarta, Indonesia.

Borobudur is a 9th-century Mahayana Buddhist temple in the Magelang Regency, not far from the town of Muntilan, around 40 km northwest of Yogyakarta. It is the world’s largest Buddhist temple and lay hidden for centuries under layers of volcanic ash and jungle growth. Now rediscovered, the temple stands in all its glory for people to visit, and watching the sunrise from here is incredible.

Jomblang Cave is known as being the place where you can see light from heaven. Actually, Jomblang Cave is only one of the hundreds of cave complexes in Gunungkidul that have become well known because of its their beautiful light. However, to enjoy this cave there is no elevator or escalator to go down, there is only the rope, and about 20 people pulling the rope to get you back out of the hole!

A post shared by Jungle & Mountain of Indonesia (@hutangunung)

Taman Sari, known as Taman Sari Water Castle, is the site of a former royal garden of the Sultanate of Yogyakarta. It is located about 2 km south within the grounds of the Kraton, a type of Indonesial royal palace. Built-in the mid-18th century, the Taman Sari had multiple functions, including as a resting area, a workshop, a meditation area, a defense area and a hiding place. The place has been listed as a UNESCO World Heritage Site because of its history and beauty.

The Kraton Ngayogyakarta Hadiningrat is a complex palace that is the seat of the reigning Sultan of Yogyakarta and his family. Within this complex you can also visit the museum which displays royal artefacts. The Guards of this Palace are also famous among tourists because you can take photos with them in Javanese Uniform.

If you like adventures in nature this National Park is perfect for you. Kalibiru means Blue River or Blue Water in Bahasa. The Park is located in Kuloprogo in Yogyakarta, and you can do some great outdoor activities here. Don’t forget to take some photos of the amazing views, especially as the sun is setting.

This is the most active volcano in Indonesia. Located in central Java in Yogyakarta, this volcano has been erupting since 1548, with the biggest eruptions being in 1994, 2006, and 2010. Thousands of people still live on the flanks of the volcano, and there is a museum all about the volcano in the nearby village. You can visit the mountain with a local guide to see both the museum and the beautiful sunrise here.

Wayang theatre or leather shadow puppetry is a traditional performance in both Java and Bali. Performances of wayang puppet theatre are accompanied by a gamelan orchestra, and the wayang is played out in a ritualized midnight-to-dawn show by a dalang, an artist and spiritual leader, with people watching the show from both sides of the screen. If you have a chance to watching this performance you will see how beautiful this traditional heritage is and the many messages in the stories as well as the songs.

Malioboro Street is a major shopping street and famous tourist destination, located in the center of Yogyakarta. Sidewalks on both sides of the street are crowded with small stalls selling a variety of goods, and you can also find restaurants, hotels and traditional markets in this area. During the evening there is also a huge variety of street food as well as some street art performances.

Ratu Boko is an archaeological site located on a plateau about 3 km south of the Prambanan temple complex in Yogyakarta. From this place you can see great views of Yogyakarta and during the sunset the view is of course even better, with the Gate of Ratu Boko blending with the sunset colors and making a beautiful silhouette.