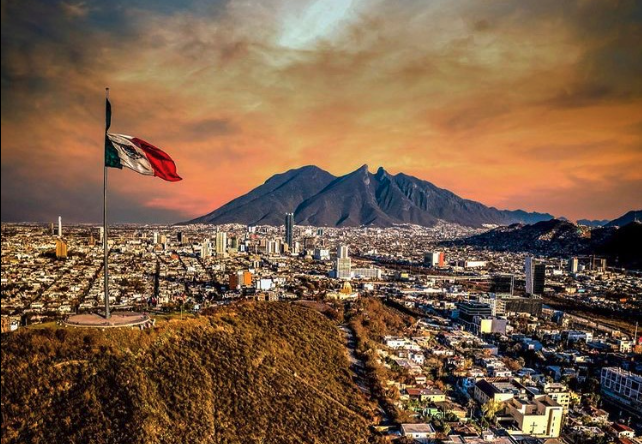 10 Places to visit in Mexico

EU vaccine passport: Everything you need to know about the Digital Green Certificate

Mexico is known for its food and drinks culture; tacos, tortillas, burritos, tequila, and for being the origin of chocolate. The country is also famous for Mayan temples, cenotes, mariachi bands, beach destinations like Cancun, and the ‘day of the dead’ festival. Mexico City is also the oldest city in North America!

There is in fact a relationship between Belgium and Mexico, as Charlotte de Belgique became Empress of Mexico, the wife of Maximilian I, Emperor of Mexico.

Mexico is also a favorite place for European tourists, sunny days, beaches, nice food and historical places make this country perfect for holidays. Before you pack your luggage, here are 10 places you absolutely must visit in Mexico.

Cancún, a Mexican city on the Yucatán Peninsula bordering the Caribbean Sea, is known for its beaches, numerous resorts, and nightlife. It is composed of two distinct areas: the more traditional downtown area, El Centro, and Zona Hotelera, a long beachfront strip of high-rise hotels, nightclubs, shops, and restaurants.

Mexico City is the capital and the largest city in Mexico and the most populous city in North America. It has many world class museums, art galleries and attractions. The historic center of Mexico City, or Centro Histórico de la Ciudad de México, contains most of the city’s historic sites from both eras as well as a large number of museums, and is a listed UNESCO World Heritage Site. Mexico City is also one of the most important cultural and financial centers in the world.

Located in Tinúm, Yucatán, Chichen Itza was built by the Maya people and was one of the largest of the great mythical Maya cities. Over 2.6 million tourists visited these archaeological sites in 2017.

Playa del Carmen is located within the Riviera Maya, a very popular tourist area in eastern Mexico. You can enjoy the beach with nice weather and blue sky, plenty of shopping, restaurants and much more, perfect for a nice holiday.

Cabo San Lucas. otherwise known as Cabo, is famous for its beaches, scuba diving locations, the sea arch El Arco de Cabo San Lucas, and its incredible marine life. If you like the ocean life then this place is perfect for you.

Tulum is the site of a Mayan walled city that served as a major port for Cuba, in the Mexican state of Quintana Roo. Tulum demonstrates the architecture typical of Maya sites on the east coast of the Yucatán Peninsula, as well as having beautiful beaches with clear water, blue sky and sunshine. Explore the architecture in the morning, take a nap after lunch and go to the beach in the evening.

Puerto Vallarta or Vallarta is the second largest urban agglomeration in Jalisco state after the Guadalajara Metropolitan Area. It is known for its beaches, water sports and nightlife scene. Its cobblestone center is home to the ornate Nuestra Señora de Guadalupe church, boutique shops, and a range of restaurants and bars.

Guanajuato is a great place to visit on foot because it is in a narrow valley, with streets that are also narrow and winding. Most are alleys that cars cannot pass through, and some are long sets of stairs up the mountainsides. The city’s historic center and the adjacent mines were proclaimed a World Heritage Site by UNESCO in 1988.

Puebla is located in East-Central Mexico and it is famous for its natural attractions such as lakes, mountains, forest, and rivers. It also has beautiful historic buildings, antiques, bars, and pottery workshops, and the downtown was declared a World Heritage Site in 1987.

Oaxaca is known for its indigenous peoples and cultures. Most tourist attractions are located in the city of Oaxaca and the Central Valleys region that surrounds it. Many of the attractions in the city are located between the main square or Zocalo and along Andador Macedonio Alcalà Street, known as the Andador Turístico or Tourist Walkway. Here you can find beautiful architecture and museums, and during the summer you can participate in the Fiesta del Lunes del Cerro (Festival of Mondays at the Mountain) which occurs in July each year.