10 Books to read before you visit Brussels

Synonymous with EU power, its centre carved up by the car lobby in the fifties and sixties, Brussels is a European conurbation associated, by many people, with grey administrative dullness. Compared to Madrid or Paris or Rome, Belgium’s first city seems perhaps to fly under travellers’ radar. Even Belgians themselves often turn up their nose at the thought of the place. But Brussels is the world capital of Art Nouveau architecture, brimming with glorious squares, parks and fountains. What’s more, one of Europe’s most ancient forests, the Sonian Wood, extends right into the metropolis. To make the most of this city of surprises, why not get to know the place a little before you come – through some of the world’s greatest writers.

The legacy of the 1958 Brussels’ World Fair is one of my favourite things about Brussels. I’m a fan of mid-century everything, including the era’s relentless modernity and bizarre optimism in the face of the Cold War. I especially love the remnants of the World Fair to be found not far from Brussels’ royal parks of Laeken, not least a building that remains astonishing today, the Atomium. In the tradition of the ‘Englishman abroad’ novel of the period, Expo ’58 follows Thomas Foley, an Englishman sent to Brussels to ‘run the pub’ that was part of the British offering to 1958’s World Fair. (Yes, a pub! That cringe-inducing detail of the story is based on fact.) Part spy-farce, part romantic-comedy, this is an affectionate backward gaze, making clever use of a World Fair as a kind of Wonderland that works magic on the book’s protagonist and us.

With its title taken from Bunyan’s Pilgrim’s Progress a three-way metaphor – for a never-ending merry-go-round, the playground of the undeserving rich, and for the whole world – Thackeray’s masterpiece spans Europe and contains an important episode in Brussels at the time of the Battle of Waterloo in 1815. Thackeray’s choice of Brussels, with its proximity to the theatre of war, is the perfect backdrop to the social war of manners he portrays. In elegant parks and along serpentine drives, carriages and horses are ridden by rival bourgeois ladies in tall hats. Dances and balls go on while canons and bugles and drums sound out and ‘cathedral towers and the full gables of the quaint old houses . . . blush in the sunrise.’ Thackeray may throw off any claim to being a ‘military novelist’ but his glancing images of Brussels as the war rages around are fascinating.

Brussels plays an important role in Forsyth’s 1971 thriller about an assassin hired to kill President de Gaulle. The Belgian capital is full of ateliers, garages, old brewery buildings and warehouses, all hidden in alleys and courtyards. It is in one of these insolite places, converted into a ‘superbly equipped forge and workshop’ that a certain Monsieur Goossens, also referred to simply as ‘the Belgian’, manufactures the bespoke ‘rifle of great slimness’ with exploding mercury bullets that will be used in the plotted crime. True Belgian that he is, Goossens sips beer nonchalantly throughout his meeting with the assassin. Both he and his workshop act as brilliant cameos in the novel; we learn that he is able to fool the police every time they raid because the place is full of decoy wrought-metal medallions and statues. After one such visit from the authorities, Goossens ‘solemnly presented the Chief Inspector with a figurine of Mannekin Pis, as a token of his esteem for the forces of law and order.’

Set in the late 15th century, The Lady and the Unicorn has at its heart six famous tapestries representing the five senses as well as desire. The book tells the lustful story of their creation in a Brussels workshop at the behest of a nouveau riche Frenchman. The city’s importance as a centre of weaving is a matter of historical fact. Brussels dominated the weaving industry at the time and was where the best weaving of heraldic millefleur was done. As well as history, Chevalier, who used to be a reference book editor, always delivers a good dose of eroticism. French snobbery towards Belgium is also explored.

Widely thought of as Charlotte Brontë’s chef-d’oeuvre, Villette tells of Lucy Snowe, a plain, self-reliant young woman in an unfriendly world, who travels to the capital of Labassecour (a thinly disguised Belgium) and becomes involved in a doomed love affair. These events are thought to be inspired by Brontë’s own experiences as a young teacher in a Brussels boarding school. Before coming to Brussels, Charlotte described the city in a letter as her ‘promised land’. She stayed in what was then the leafy neighbourhood of Koekelberg and was keen to learn languages and broaden her horizons but fell obsessively in love with her married instructor. However, Brontë’s initial excitement about the city, after life in a small Yorkshire village, remains palpable in the novel. Lucy Snowe exclaims over porticos, magnificent houses and squares, bright lights, and buildings so impressive she knows not if they are ‘palace or church’.

It’s 1979 and Elizabeth, a British woman in her late 30s, starts exploring her grandfather’s First World War journals. She is also having an affair with a married man, Robert, who lives alone in Brussels. Elizabeth’s attempts to understand her own life and what she would like from it are juxtaposed with powerful scenes before and during World War I. At one point Elizabeth visits Robert in Brussels. It is painted as a sophisticated yet seedy place, difficult to drive around, full of eateries where men arrange dinners with lovers, ‘a monument to the efficiency of Flemish labour, to the comfort of large meals produced with French imagination, and above all to the pleasures of peace (. . .) As they rounded the corner they found themselves suddenly in the Grand’ Place. Elizabeth looked up and saw the gilt façades of the merchant buildings, glittering gold beneath the filmy drizzle, lit by the soft lights of the square.’ Faulks’s genius is to contrast the city and its beautifully flawed humanity as it existed sixty years after the war, with the horrors faced during the conflict.

Brussels is always high on the list of world cities with the most Michelin-starred restaurants. For a taste of one of those appealing Brussels eateries that Sebastian Faulks captures so well, and a cooking lesson in French to boot, why not treat yourself to this recipe book by one of Brussels’ most exciting young chefs? She may not have a star yet, but Simona El-Harar runs Kitchen 151 in Ixelles, where she creates dishes to reflect her own background as well as the eclectic nature of the 184 different nationalities who have made Brussels their home. El-Harar is Israeli and she explains that Israel’s food, just like Brussels itself, is influenced by many cultures and countries across north Africa and Europe.

Not a book, but a poem, Auden’s Musée des Beaux Arts was written after a visit to Brussels’ Fine Arts Museum in 1938. He was staying in the city with Christopher Isherwood (known for his novel Goodbye to Berlin, which inspired the musical Cabaret). The poem references paintings Auden would have seen in the Brussels museum and talks of great artists such as Breughel – old Masters who never forgot to demonstrate in their paintings that even while tragedy is happening for one person, life carries on for others, who are capable of turning a blind eye. Auden and Isherwood had lived in Berlin. They would have been acutely aware both of the ‘blind eye’ needed for someone like Hitler to rise to power, and what would happen to them, as homosexuals, if they stayed in Germany.

One of the great works of literature and the book behind the iconic film Apocalypse Now, Conrad’s searing critique of imperialism starts in London and ends in what he describes as the ‘whited sepulcher’ of Brussels. We hear the story through the character of Charles Marlow. Just as Conrad himself had done, Marlow signs up in Brussels to work for a company trading out of Africa, but during his work discovers beneath the sheen of ‘European civilisation’, a brutal core. Belgium’s rape of the Congo is a cause for ongoing national shame, with King Albert finally breaking his silence last year and professing his ‘profound regret’ for the ‘violence and cruelty’ committed under Belgian rule. The Royal Museum for Central Africa, just outside Brussels, saw a €66 million, five-year overhaul recently, following years of criticism for its unreconstructed presentation of colonial history.

While this non-fiction title isn’t a book about Brussels per se, it’s a must-read for anyone prompted to visit the city by its intimate connection with trains. Focusing on sleeper trains, Martin recounts six iconic journeys and along the way crams in myriad facts about the history of trains and rail travel. The post-independence Belgian government was visionary in using railways to reinvigorate the country’s economy in the 19th century. As well as being the first European state to have a national rail network, Belgium had the first steam-powered passenger railway in continental Europe, and the first ever international railway. If you’re a train buff, and even if you’re not, make sure to visit the remarkable Train World in Schaerbeek before you leave town. 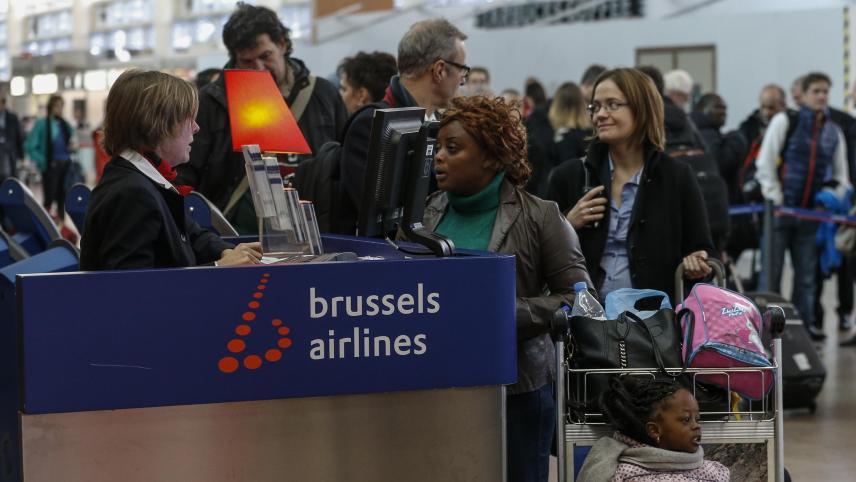 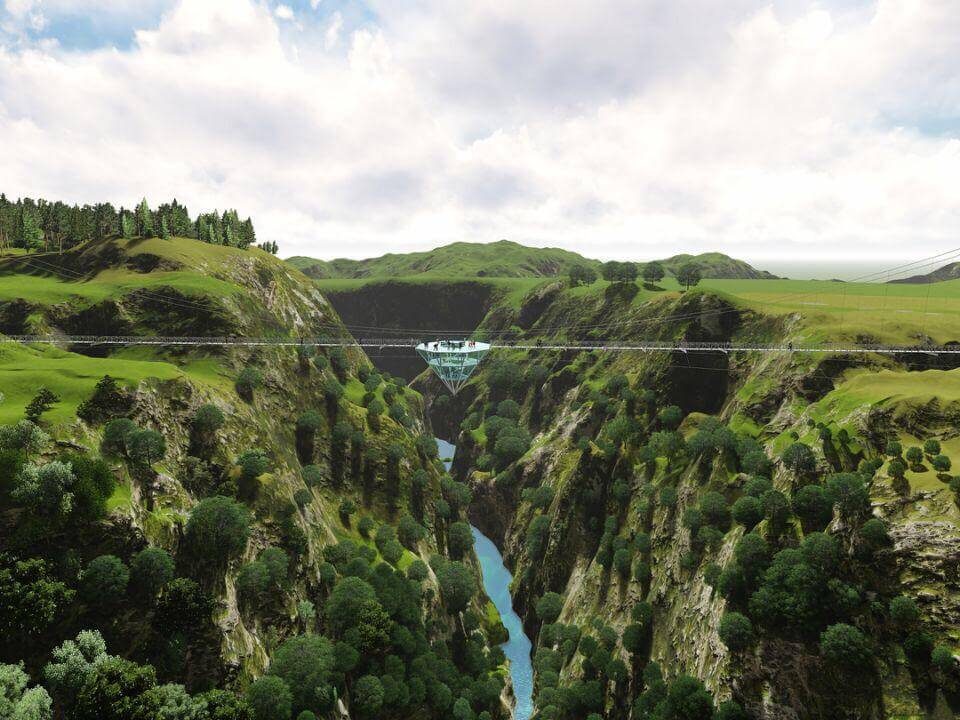 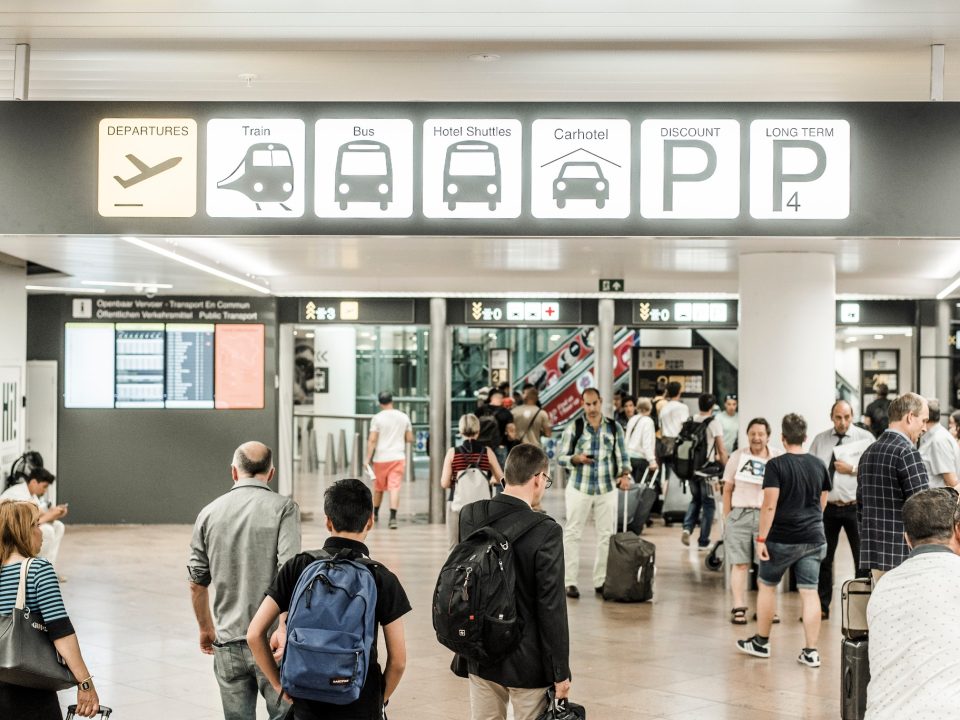