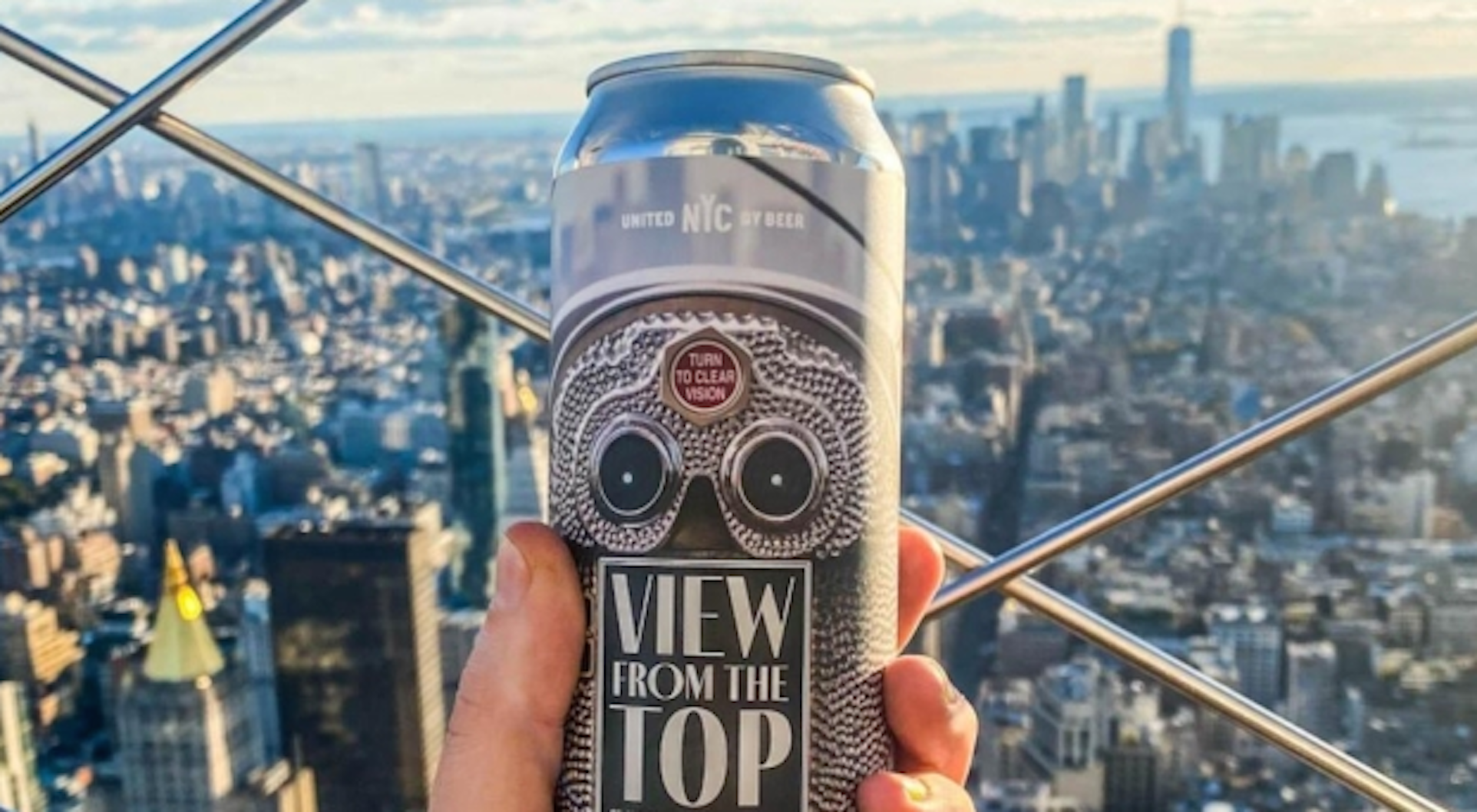 The beer created for those who dare to climb the famous tourist spot of the North American city is a Hazy IPA. It is for sale in the small pop-up store that was born in the building’s observatory. The drink comes from a partnership of the Craft + Carry chain of stores with local craft brewer Brooklyn’s Five Boroughs Brewing.

According to Travel & Leisure, Craft + Carry will also offer five other brews made from around the NYC region at the pop-up. Visitors will have the chance taste the Finback IPA from Finback Brewing in Queens, the Spirit of 76 American Pills from Gun Hill Brewing Company in the Bronx, the Janiak Maniac German Pils from Kings County Brewing Collective in Brooklyn, Bone Dry Hard Cider from Orchard Hill in New Hampton and Past Curfew Pilsner from Broken Bow Brewing in Tuckahoe.

A View from the Top of the Empire State Building is described as a beer “offering a tropical traffic jam of flavor. Flaked oats balance heavy Amarillo and Citra hop additions — bumper-to-bumper deliciousness.” It can be purchased and tasted exclusively during the month of November on the 86th floor of New York’s most famous building.

If you happen to be in New York City, don’t miss the special 90th Anniversary cart on the 86th Floor within the Observatory Experience on Thursdays from 4 p.m. to 10 p.m. or Fridays, Saturdays, and Sundays from 4 p.m. to 11 p.m. for the rest of November.