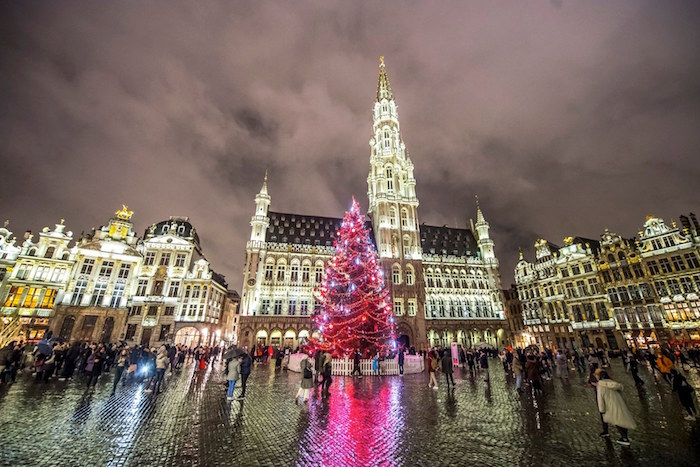 Winter Wonders will be back in Brussels from 25 November

The 21st edition of Brussels’ Winter Wonders (Plaisirs d’Hiver) will take place from November 25th, 2022 to January 1st, 2023. According to the publication “Best Christmas Market in Europe”, the Brussels’ Christmas Market is one of the most beautiful in Europe. It hosts nearly 250 chalets with enchanting offers on a route of nearly 3 km in the heart of Brussels.

This major event offers a number of activities in the city center: a magnificent Christmas tree and a sound and light show on the Grand-Place, cultural activities, artistic discoveries, a large ice rink and shows of all kinds for young and old. Mulled wine, French fries and crunchy chocolates are on the menu for visitors this winter.

Last year, roughly 2.5 million visitors flocked to the illuminated stalls in downtown Brussels. During the previous edition, the most popular Christmas market received its visitors with merchants, traders, last minute gifts and other authentic products.

With 152 light installations during the edition in 2021, the Brussels by Lights festival has been able to light up the hearts of all the residents in Brussels. Although the exact dates have not yet been confirmed, Brussels by Lights will officially return this to illuminate the city’s streets and commercial arteries.

This winter will already be the fifth edition of WINTER POP. During three successive weekends in December (from 2 to 4, 9 to 11 and 16 to 18), colorful little caravans will stop over in three districts of the City of Brussels.

Since its launch in 2017, this small popup village has been a huge hit year after year. It reflects the City of Brussels’s ambition to get to know our communities better through local events on their doorstep.

This year, the energy crisis will hover over Winter Wonders but for Delphine Houba, alderwoman for culture, tourism and major events of the city of Brussels, it is necessary to keep this essential event. According to her, society is facing two issues: one is the environment and energy; the other mental health. “We have always considered that culture and great events are essential for the city and for our mental health. What we’re trying to do here is to give some perspectives to the sector by having these events, by organizing an ice rink for the families who won’t go on vacation and to still have moments of conviviality.”

The cost of the rink for the entire duration of Winter Wonders will be 7,500 euros for the City of Brussels in energy expenditure. The illuminations, the Christmas tree, the lighted routes of Brussels by Lights will also have to be included. Houba has underlined that efforts will be made to avoid an explosion of the energy bill. “We will adjust the timetable to try to limit consumption.”

At the moment, the energy budget for Winter Wonders is not yet known. “We’re finalizing those calculations, to see the impact, but the idea is to have as responsible an event as possible,” she concluded.