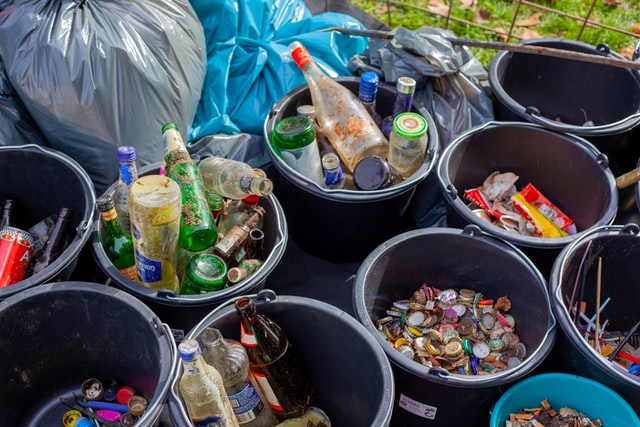 Fog in the Channel: Continent Cut Off

In the US, recycling materials like packaging could end up in a landfill or be shipped abroad and burned. Experts predict that only 9% of all plastic waste ever created has been recycled.

Despite all the commendable efforts that people do to increase recycling rates, a large portion of those recyclable materials are never recycled. Asked about the final destination of shipping containers with recyclables across the US, President of Earth Day Network Kathleen Rogers said: “Some of it is shipped to recycling. Some of it is burned. Some of it ends up in landfills and, depending on the state of the landfill, a lot of it seeps into our groundwater.” These tiny plastic particles are ultimately showing up in people’s blood, the rain and air.

According to Columbia Climate School, because US recycling was dependent on China for so many years, the country’s domestic recycling infrastructure was never developed, so there was no economical or efficient way to handle recycling when the market disappeared. For decades, China was the primary destination for global plastic waste. Now more countries in Latin America are emerging as hotspots.

Landfills emit carbon dioxide, methane, volatile organic compounds and other hazardous pollutants into the air. And our oceans are drowning in plastic waste.

According to a July report from GAIA, more countries in Latin America are emerging as destinations for global plastic waste. Each day between January and August 2020, the US shipped about 35 containers of plastic waste to 15 Latin American countries. Most went to Mexico, followed by El Salvador.

In the US, there’s no federal recycling program. The recycling from households in the US goes, depending on the material, where people live and how well they practice recycling hygiene.

Every town will have different policies. Some take nearly all types of plastics, paper, cardboard, textiles, glass, and even food for composting, while others only are able to take a few of the above categories and the rest goes to landfill.

According to the Environmental Protection Agency (EPA), of the 267.8 million tons of municipal solid waste generated by Americans in 2017, only 94.2 million tons were recycled or composted.

A number of global initiatives in recent years have aimed to address the issue. An amendment to the treaty known as the Basel Convention, effective in 2021, determines that international shipments of most plastic recyclables and waste are allowed only with the prior written consent of the importing country and any transit countries.

The US has signed the convention but has not ratified it. A recent notice from the Basel Action Network warned waste trade violations remain “rampant.”

According to Claire Arkin, global communications lead for the Global Alliance for Incinerator Alternatives, some countries party to the Basel Convention continue to receive imports due to mislabeled waste or a lack of political will or customs enforcement.

Just last year, the US exported 74,000 shipping containers of plastic waste to low-income countries that have poor waste management and high plastic pollution rates, according to Dell’s analysis of US export data.

Hope for change has emerged earlier this year at a recent UN meeting in Nairobi. Representatives of nearly 200 countries agreed to create a legally binding global treaty by 2024 to end plastic pollution and address the full lifecycle of plastics.

“We’re in the very beginning of the process, but it’s really exciting because there’s never been any kind of global treaty that addresses plastic pollution,” Kaitlyn Trent from Greenpeace.