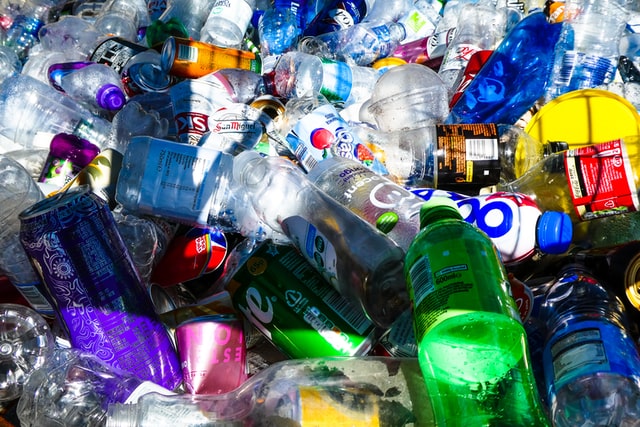 Could converting plastic to fuel be an alternative to recycling?

More than 350 million tons of plastic waste are produced annually worldwide, causing serious environmental problems, largely due to its life cycle and difficulty of disposal. Most plastic waste ends up in the landfill or in the ocean. A significant amount of plastics break down into microplastics, which are ingested by fish and other marine life, ultimately devastating the entire ecosystem.

Recycling has become an efficient way to clean up plastics in the environment. Common plastic recycling options and end-of-life treatments include incineration with energy recovery, pyrolysis, mechanical recycling, solvolysis, and dissolution/precipitation.

A significant amount of plastics are burned as part of local waste disposal programs; an estimated 5.6 million tons of plastics were burned in the United States alone in 2017. Incineration as a means of disposal is ecologically unsustainable as it releases toxic compounds such as dioxins, furans, mercury and polychlorinated biphenyls into the atmosphere. Plastic bags and fuels are two products that environmental advocates often push to stop using for the good of the planet. Now, scientists say there is a way to turn plastics into a more sustainable energy source.

Researchers at California Polytechnic State University reported in a paper published in the Journal of Renewable and Sustainable Energy that they have created a process that chemically breaks down plastic waste into a diesel-like substance.

In an attempt to recover the valuable energy intrinsic to plastic waste, traditional pyrolytic or thermolytic methods have been studied in recent times. Pyrolysis is the thermochemical decomposition of carbon-based matter in the absence of oxygen; the main objective is to transform organic waste into a sustainable fuel or other valuable chemicals.

Pyrolysis is considered an alternative recycling method that has gained ground due to its potential to recover most of the energy from plastic waste in the form of liquid oils, gases and carbon. Because of this flexibility, it has been chosen by many researchers as an area of development.

The authors of the new study used catalytic pyrolysis to convert plastic bags into this new fuel source. The team took recycled plastic and converted it to steam using extreme heat. Combining that with a chemical catalyst turned it into a fuel-like substance.

The scientists created their catalyst by dipping a zeolite substrate (a mineral) into a solution of nickel and tungsten. The team then dried the substance in an oven at over 500,000 degrees Celsius. They used this catalyst in combination with a single-stage pyrolytic reactor operating at nearly 370,000 degrees to break down everyday plastic bags.

The researchers believe this fuel production process would work with other waste products such as manure, used motor oil and other discarded products. The team claims that the final product resembles regular diesel fuel. In the future, the scientists will try to optimize their plastic conversion methods to produce diesel fuel from this seemingly endless source of pollution.

According to the World Economic Forum, scientists at Swansea University discovered a way to convert plastic waste into hydrogen fuel that could one-day power cars. It involves adding a light-absorbing material to plastic, placing it in a solution, and exposing it to sunlight. The process of converting waste plastic to fuel could also be a cheaper alternative to recycling as the plastic does not need to be cleaned first.

“There’s a lot of plastic used every year – billions of tonnes – and only a fraction of it is being recycled. We are trying to find a use for what is not being recycled,” said Dr Moritz Kuehnel, head of Swansea University’s chemistry department, in an interview with The Independent on the breakthrough.

The beauty of this process is that it’s not very picky. It can degrade all sorts of plastic waste

Though the scientific findings at Swansea University are remarkable, it could be years before the plastic to fuel process could be implemented at an industrial level. The work is being carried out with a laboratory in Cambridge and has received funding through the Engineering and Physical Sciences Research Council and an Austrian petrochemical company.

“Even if there is food or a bit of grease from a margarine tub, it doesn’t stop the reaction, it makes it better. The process produces hydrogen gas. You can see bubbles coming off the surface. You can use it, for example, to fuel a hydrogen car,” Kuehnel said.

More companies and organizations are finding ways to either ban or limit single-use plastic altogether or find creative, eco-friendly ways to reuse it. Starbucks, Disney, and American Airlines are just a few major organizations to make the news for announcing bans on straws this year.

The largest grocery store chain in the U.S. just announced they’re banning plastic bags and California moved legislation forward recently restricting the use of plastic straws in restaurants, making them the first state in the US to consider such measures. Plastic’s popularity is quickly fading, yet converting plastic to fuel remains an optimal solution. Now if only it didn’t take at least 200 years for it to break down in landfills.