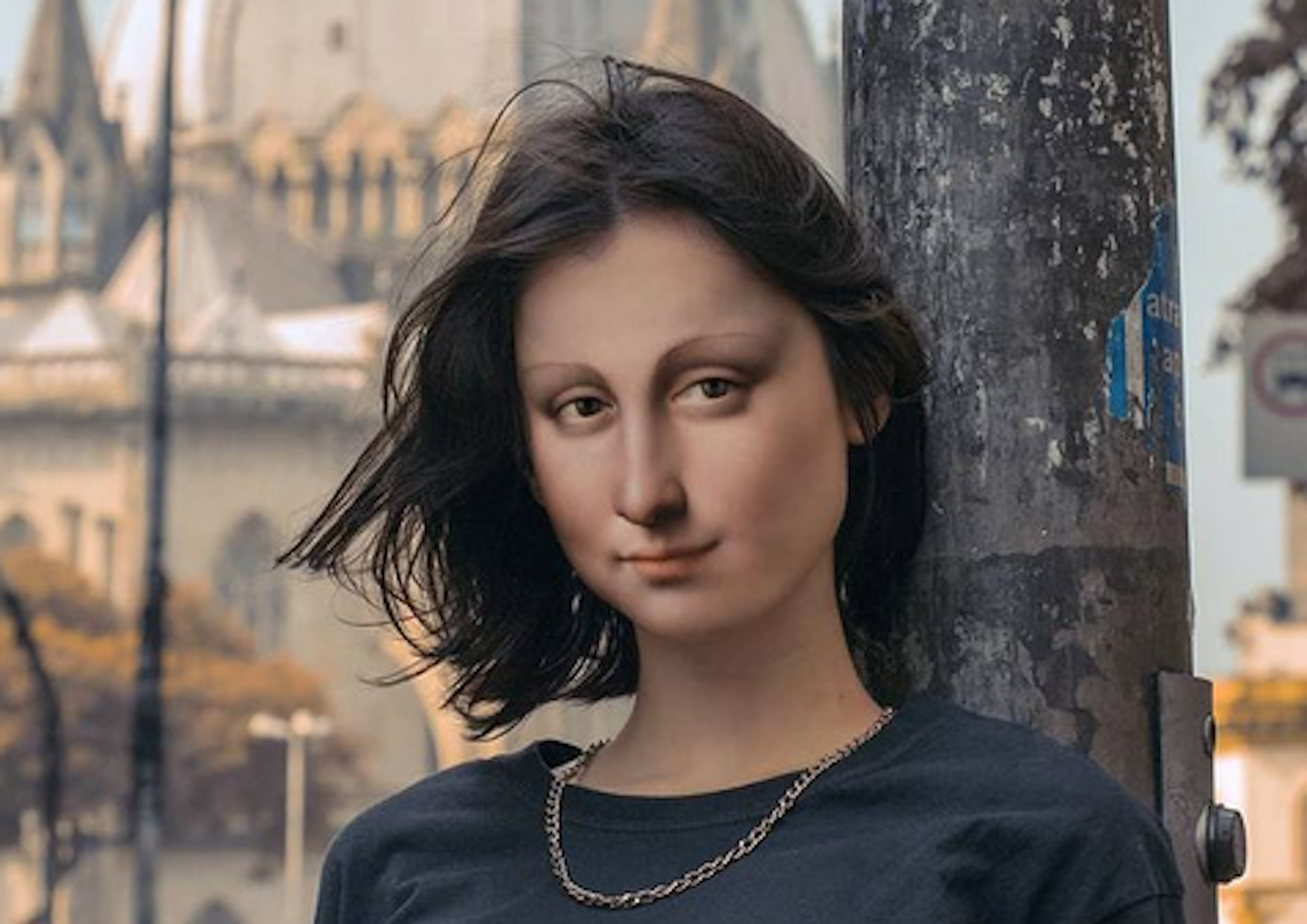 When he embarked on his project, 26-year-old Portuguese designer Tiago Dias didn’t even have a profile on Instagram. A couple of works were the excuse to join the social network. In the beginning, the young designer from Porto faced, like many other young professionals, the difficult period of the crisis and only four years ago he got a job in the design area. Two years and more than a hundred publications later, the hobby became a mini-business and a creative outlet followed by almost 30 thousand people.

Today he designs furniture, but his true passion lies in graphic design. It was this desire that helped him get inspired by other works and, with his personal touch, he has taken famous figures from the art world and given them a real body, a context, a new world. In one of his first works, Mona Lisa takes on the pose of an influencer, while Salvador Dali shines in the body of a middle-aged hipster. It is in this crossover that the popularity of the Untitled Save project grows.

I was making these things just for myself and never even thought about publishing them. I like this more than what I do at work.

In the early works it was not unusual to see these figures carefully placed in scenarios with Porto as a background, often pasted on the very photographs of monuments, landscapes, and people, photographs taken by Dias.

The Girl with the Pearl Earring, by Johannes Vermeer, appears seated in the riverside; and Dali in front of the façade of the Carmo Church. But in the meantime, the course of ideas has changed. Now the creations include Frida Kahlo crossing paths with a Gustav Klimt painting and the poster for the HBO miniseries ‘Sharp Objects’. Or Walter White from ‘Breaking Bad’ in a Rembrandt painting.

The pandemic and I ended up taking a different approach. Making the images is a very quick process. Thinking about the idea or arranging the image, that’s what takes longer.

Nowadays, Dias sells his images all over the world. The prints of his work are all for sale on his online store, costing 30€, and are a complete success.