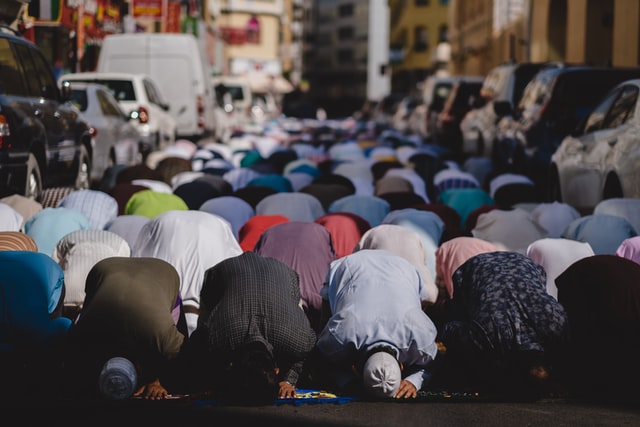 What is Ramadan and why is it important for Muslims?

Ryanair estimates losses of up to 400 million euros

Ramadan, Islam’s holiest month, began at sundown on Saturday, April 2nd and will end with Eid al-Fitr on Monday, May 2nd. The most important month of the Islamic calendar, Ramadan is a period of reflection and devotion. Muslims believe that some of the earliest verses of the Islamic holy book, the Qur’an, were revealed to the Prophet Muhammad during the month of Ramadan. Special emphasis is placed on reciting the Quran at this time.

Ramadan is one of the five pillars of Islam; the other four pillars on which it is based are faith (shahadah), prayer (salah), almsgiving (zakah) and the pilgrimage to Mecca (Hajj). For those who profess it, during this period more time is devoted to prayer and loved ones.

According to the BBC, Ramadan falls during this month because this is when the holy book that’s followed by Muslims, the Qur’an, was first revealed to the Prophet Muhammad. Ramadan is the ninth month of the Islamic calendar, but the date changes each year. This is because Islam uses the lunar calendar (based on the cycles of the Moon), so it isn’t a fixed date in the Western/solar calendar.

Based on the Islamic lunar calendar, the dates of Ramadan vary from year to year. The exact starting day is officially announced at the time the crescent moon of the ninth month (of the traditional Islamic calendar) appears. Ramadan lasts about 30 days, until the sighting of the next crescent moon, before closing the period with Eid al-Fitr when the fast is broken with a feast.

Although there are some differences in the way each country celebrates Ramadan, fasting between sunrise and sunset, regular prayer, and acts of charity and humility are encouraged, all in an atmosphere of empathy and generosity to those less fortunate. Charity is a very important practice in Islam.

During Ramadan, several Muslims will hold food drives or fundraisers to help the less fortunate. Others will perform an extra prayer at night during Ramadan called taraweeh. They will also celebrate Laylat al-Qadr later in the month, which is the day many believe the Quran was first revealed.

When the sun sets on a fast day, it is time to eat and socialize. One of the best ways to celebrate this prosperous month is to enjoy a delicious feast with friends for iftar (meal after sunset) or suhoor (before sunrise).

The usual foods at suhoor, before sunrise, are fruit, sweetened cereals, yogurt and custard. Meanwhile, at iftar, which is served at sunset, are rice dishes and grilled meat abound to replenish the strength after a long day of fasting. Non-Muslims may wish Muslims “Ramadan Mubarak,” which means “have a blessed Ramadan.”

Fasting should only be done by people in good health. The following exceptions are accepted: