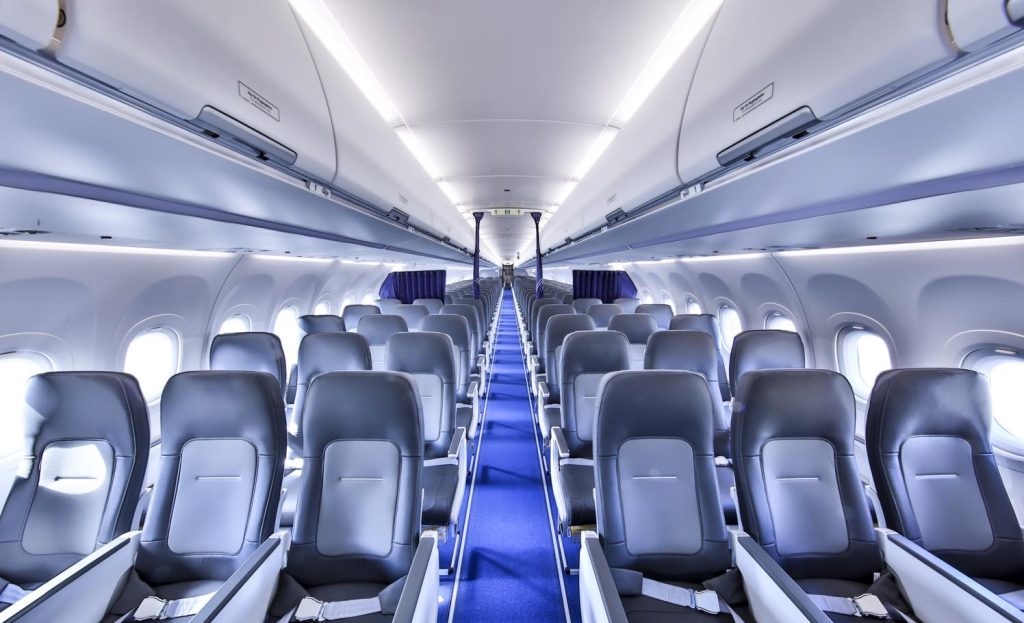 Albuquerque left Portugal to make a two-month trip. It started Iran, where he stayed for 15 days, continuing to Thailand. At Krabi airport he was surprised when people informed him that there were no international flights, only domestic ones. He had bought a combination flight through Scoot’s, a low-cost airline website, and his flight was from Krabi to Singapore to then catch the main Singapore-Berlin. “I think the route they took was simply to pick me up and take me to Singapore,” he said.

At the gate, he looked out the window and saw the plane land. On the shuttle bus, the traveler began to wonder why there were no signs of other travelers. Eventually it dawned on him: it was just him on the bus. As for the cabin crew, Albuquerque explained that they were young guys. “They were all very comfortable, sitting in the normal seats with me. We were chatting. It was really funny. They only asked me to stay in my seat during take-off, from then on I could go wherever I wanted.”

The crew chief asks my name and said I was only passenger. It was like ‘Mr. Tiago, we’re taking off’.

Albuquerque asked the crew if the situation was normal and they answered said that very few people were traveling. “This flight sometimes goes full,” said a flight attendant. “We have to make the flight anyway, we have to take the route.” Upon arrival in Singapore, he had to to go through temperature control. It was a very fast procedure.

Similar stories have been appearing lately on the news. At the beginning of the pandemic, the so-called “ghost flights” aroused great controversy due to the damage and environmental impact they cause to maintain slots. According to ‘El País’, there are European airlines operating thousands of planes, unnecessarily, and the culprit is Omicron.

In early January, Brussels Airlines operated 3,000 flights without passengers this winter to avoid losing take-off and landing slots. The Lufthansa group, Brussels Airlines parent company, will have to cancel 33,000 scheduled flights by the end of March, due to a drop in bookings caused by Omicron.

Before the pandemic, the rule “use it or lose it” established that airlines should insure at least 80% of their slots, otherwise they risked losing them. That rule was suspended by the European Commission at the height of the epidemic, and reintroduced at the level of 50%, last spring.

For their part, low-cost airline Ryanair called on the European Commission to ignore Lufthansa’s false claims about operating “ghost flights” just so they can “block” their slots and protect themselves from competition from low fare airlines.

If Lufthansa doesn’t want to operate “ghost flights” to protect its slots, then simply sell these seats at low fares, and help accelerate the recovery of short and long haul air travel to and from Europe.

Albuquerque believes the appearance of ghost flights is bad sign. “It means that there are no people traveling, that the virus is really stopping the world. A flight that leaves Singapore empty to pick up one person, just one person in Thailand, and return with one person to Singapore, is a huge expense, there can be no profit in that flight. And more than anything: it is very bad for the environment,” he concluded.