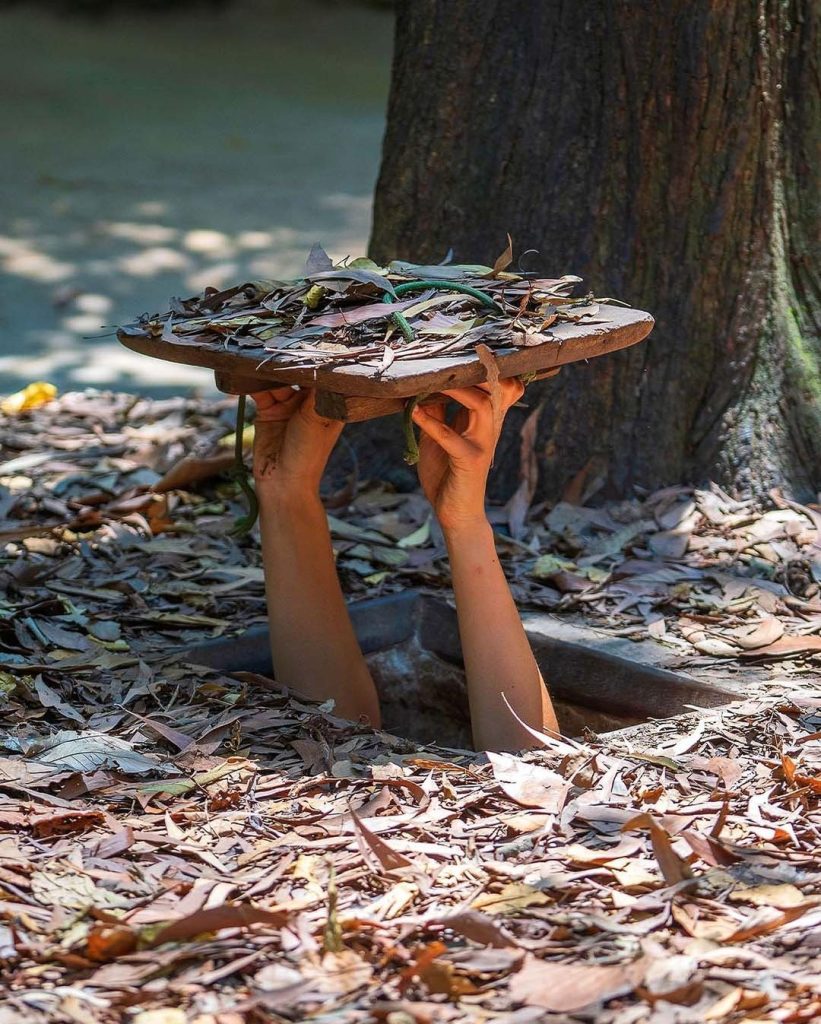 How many of you did not feel fascinated by some secret passage in a film? Throughout history, many were essential in winning or losing a battle or other uses.

Passages, hidden rooms and tunnels have delighted anyone who enjoys suspense and mystery films, but serve the most diverse and well real purpose, thus revealing themselves as sites for multiple uses. Nowadays these passages that are scattered all over the world are still in existence. Marvel at the fascination of secrecy in a journey around the world.

1. The Pyramids of Egypt

Did you know that some of the world’s most ancient secret passages are found in the Pyramids of Egypt? Cheops Is the oldest and largest of the three pyramids of Giza, and to its right, you can see a long tunnel which is no more than a hidden passage that leads to the entrance of the funerary chamber. Besides, the Pyramid of Giza has four axis inside its structure which meet, one on its south an one north, in the called “Queen’s Chamber”. These secret passages lead to secret chambers. It is believed that these chambers would have been built for the soul of the Pharaoh to rest during his search for life after death.

It is said that it can resist earthquakes of magnitude 7 or a nuclear attack. This vault houses, a bank with more than 100 million seeds – basically all of the Earth’s most important food cultures. It is located on a Norwegian island in the Arctic Ocean and its creation has the goal of safeguard these species in case of extinction. The seeds are protected over 400 feet down the mountain, keeping them properly preserved.

Called the “Secret Annex”, Anne Frank’s refuge was in the back of her father’s company headquarters in Amsterdam, in the Netherlands. It was there that the family and four other friends, all Jews, lived clandestinely in an attempt to hide from the Nazis during the Second World War. The entrance to the hideout was through a bookshelf right against the door, making the location invisible. All is still shown as it was until today, in a museum that also keeps the precious Diary of Anne Frank.

It is told that this is the most secret place in the United States. It is called Area 51 and it is one of the names given to the secret military facility in the desert of Nevada, close to Groom Lake. It is so secret that the American government only officially admitted its existence in 1994. It is thought to be a base for secret air tests, although some believe it is a research center for extraterrestrial activities.

In Wien, Austria, there is a hidden passage to a secret reading room at the National Library of Wien.

This secret passage was used to transport drug from Tijuana, in Mexico, to San Diego, in the United States. The route zigzags with the size of six football pitches.

Another passage for the same purpose was discovered in 2012 and has an unexpected entrance, which is a cabin underneath a washstand at a toilet, inside a warehouse.

Elrod House is located in Palm Springs and has retractable glass windows. This hideout starred in 007, Diamonds are Forever. It is a very interesting secret location with 2800 m2. Its built in the middle of nowhere and was designed by John Lautner.

Hitler commanded the Third Reich from a vast network of bunkers and buildings hid in the region’s forests, leading from a campsite known as Wolfsschanze, or “Wolf’s Lair”. This complex spanned over 243 hectars within a forest with 200 buildings, including barracks, bunkers and power plants that would house more than 2000 men. Currently, Wolf’s Lair is a site where you can play paintball and have pottery classe.

9. The castle where Templars were arrested, France

Built in 1253 in the south of France, within the walls of the Castle of Najac, there is a secret passage, protected by multiple doors, leading from the tower to the chapel. It served as a prison for soldiers, including to the Knights Templar detained here in 1307.

In Vietnam, the tunnels Cú Chi were hideouts during wars. Besides that, these passages served as communication as well supply routes, and still included a hospital, food and gun warehouses, being also a place for soldiers to rest. Nowadays, the visit of the tunnels is an unmissable part of the country’s touristic route.

I conclude by mentioning fantasy secret routes, as these will spark your imagination, having been part of the imaginary of writers and directors of many films and series, among them one stands out and that is Harry Potter, where these magical places abound.

One example is the passage behind a mirror used by Fred and George, which collapsed in 1992 and which no-one knew where it ended up, except that it had a staircase.

Another secret entrance in the famous imaginary saga is the kitchen: the door is in an enormous painting of fruits, and to be able to get in, the character will have to rub a pear that is painted in the figure (almost as if it were the lamp of Aladdin). This pear will turn into a green door handle that will open the occult way.

There is another secret walk in the film that I have highlighted here, and which leads to the so-called secret chamber. The entrance is from the female toilet in the dungeons. In order to get in, just say “open” in “snake language”. The sinks will move and a tunnel will reveal itself.

Why these places remain in our fantasy, is a product of the fascination they cause on us. Many are, in fact, the real secret passages that are part of the history of the world and that take us to locations beyond our belief.

Some can be visited, so do not miss the opportunity to visit them, you will certainly feel surrounded by mystery.