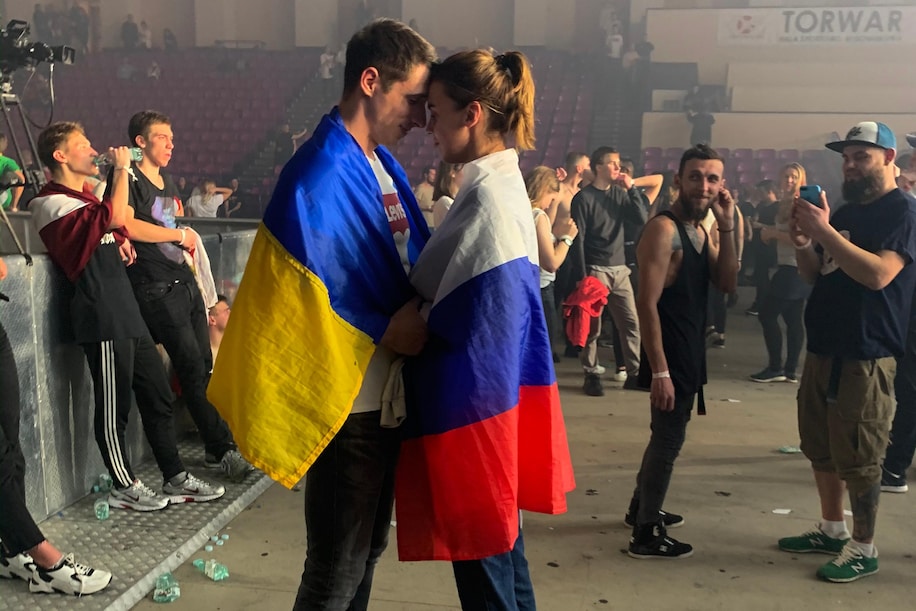 What are the differences between the Ukrainian and Russian languages?

If you listen to them, both the Russian and Ukrainian languages sound somewhat similar. However, they have several differences. Ukrainian and Russian belong to the same group of East Slavic languages; they share a common alphabet, similar grammar and significant lexical uniformity.

Their differences stem from the way their cultures developed. In the Ukrainian alphabet, which took shape in the late 19th century, unlike Russian, the letters Ёё, Ъъ, Ыы, Ээ are not used, but there are Ґґ, Єє, Іі, Її, which are not in Russian. Also, some pronunciations are different.

From the linguistic point of view, Russian, Ukrainian and Belarusian form what is called the Eastern branch of Slavic languages. “They all stem from the common Slavic language that was the main language of communication in the 9th to 13th centuries that emerged in what is now Kiev and from there spread to Ukraine, Belarus and the European part of Russia,” details Global Voices, an umbrella organization for translators. “They remain intrinsically separate languages, and distinct literature and contexts,” they specify.

The differences between the Russian and Ukrainian languages are largely due to the peculiarities of the formation of the two nations. On the one hand, Russia was formed centrally around Moscow, which led to the dilution of its vocabulary with Finno-Ugric and Turkic words. Whereas Ukraine was formed by uniting the ethnic groups of southern Russia and, therefore, the Ukrainian language largely retained the basis of Old Russian.

By the middle of the 16th century, the Ukrainian and Russian languages had significant differences. If the texts of that time in the Old Ukrainian language are generally understandable to a modern Ukrainian, the documents of that time are difficult to “translate” by a resident of present-day Russia.

According to the language site Babbel, there were significant differences between Russian and Ukrainian at the turn of the 17th century: while Russian was being spoken around Moscow, Ukrainian territories were being torn between multiple countries (such as the Austro-Hungarian Empire and Rzeczpospolita, the ancestor of modern Poland). Ukrainian had in it some Polish, Hungarian, Austrian and Romanian grammar and vocabulary. Russian, on the other hand, evolved steadily into the modern form we now know.

The most noticeable changes between the two languages began to appear with the beginning of the formation of the Russian literary language in the first half of the 18th century, with the Ecclesiastical Slavic words in the new Russian language.

Despite the fact that there are many common words in the Russian and Ukrainian languages, and even more words that are similar in sound and spelling, they often have different semantic nuances.

A more precise correspondence to the Ukrainian word “iнший”, in the Russian language will be “другой”. It is somewhat more formal and does not have as much emotional and artistic expressiveness as the word “иной”.

The Ukrainian language, unlike Russian, has adopted modal verbs from European languages. according to the World Data website, in Ukraine 64.7 % of the population speaks Ukrainian. Russian is spoken by 32.9 %, but Romanian, Bulgarian, Hungarian, Belarusian and Polish are also spoken in percentages much lower than 1 %.