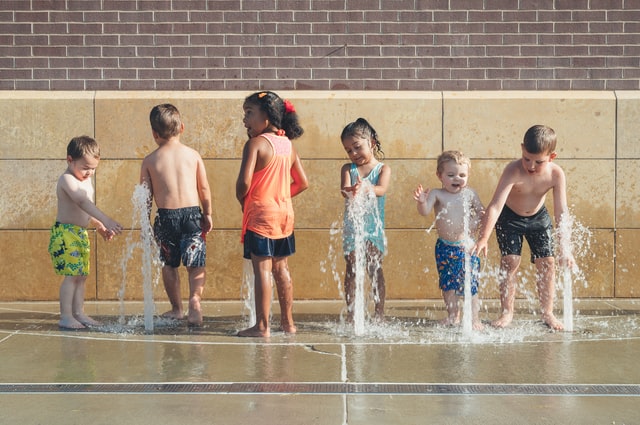 A new heat wave is sweeping across much of Europe as some models predict extreme values never before imagined for the coming days. Between Tuesday and mid-July, the maximum temperature will exceed 35°C, even 45°C in Central Europe.

Governments in several countries are preparing plans for the first national heat wave emergency that would cause, at least in some regions, widespread disruption to schools, travel and health services. Experts note that the extreme temperatures are the direct effect of global warming caused by the burning of fossil fuels.

According to Bloomberg News, the high temperatures are driving up power prices and causing a crisis in parts of Italy, where a glacier is melting and severe drought is cutting power supplies and hitting agriculture. Last Friday the price per megawatt in the UK reached £197.90, the highest price for electricity delivered during a weekend since April. In France, the prices rose to 148.62 euros per megawatt hour.

The high temperatures are closely monitored by the European Earth observation program Copernicus. The situation is so unusual that for German meteorologists it is still unclear how hot it will be. There are growing indications that unusually high temperatures could occur in Central Europe.

What’s been exceptional about Europe’s heat wave this summer is its longevity. It will continue for at least another week or two.

In the UK, senior officials held a “cobra” crisis meeting inside Downing Street on Monday as forecasters predicted that Britain’s hottest day record could be broken at the weekend, potentially breaking the 40-degree barrier for the first time.

The British government’s national Met Office issued an amber weather warning for swathes of the country, indicating a “danger to life” caused by the heatwave. Such a warning has only been issued twice before.

Weather maps appeared red and yellow in France. The country has prepared itself for the entry of a mass of heat from Tuesday July 12th, which should last at least eight to ten days. “The evolution is very likely towards a heat wave, with a peak probably between Saturday, July 16 and Tuesday, July 19,” reported Météo-France, which placed twenty-three departments under surveillance.

French Prime Minister Elisabeth Borne has urged ministers to take action to minimize health risks, especially for vulnerable groups. According to BBC, Thursday’s 14 July Bastille Day will be limited, with fire risks leading to the cancellation of firework displays in some areas of the country. During the heatwave of 2003, an estimated 15,000 people died.

In Portugal, the threat of high temperatures aggravates the wave of fires which has been raging in the country for at least four days. A week with asphyxiating weather. The Institute of the Sea and Atmosphere has announced the orange alert for high temperatures in 8 of the 18 districts of the country and foresees an aggravation for Tuesday, when all of them will be in orange alert, except Algarve.

The State Meteorological Agency (AEMET) in Spain forecasts that the heat will be persistent for several days, without clearly predicting when it will end. The agency, in its latest warning, points out that it will last “at least” until Friday, when it started being until Wednesday.

The Iberian Peninsula gave the warning. The second heat wave of the European summer, which began last Saturday in the Canary Islands, Balearic Islands and the Peninsula, enters today in its hardest stage, with thresholds that will extend until Thursday, with 35 degrees on average and peaks of 40 in some regions. Nights between 20 and 25 degrees will be common these next few days.

This situation, almost generalized on the continent, is mainly due to a heat dome that has settled over Morocco and rises to the west. The dome acts as a lid that traps the hot air. Little by little, it compresses, and the compression physically causes a rise in temperature.

Meteorologists agree on a slight drop in temperatures towards Friday, although at the same time its evolution remains uncertain to anticipate what may happen over the weekend. French forecasters mention the “cold drop” phenomenon. A mass of cold air locked in altitude, approximately at 5000 meters. The cold drop generates a circulation of warm air masses around it.

Authorities anticipate that this situation could mean an emergency. Calls from governments range from complications in the food supply chain, as well as the interruption of roads, railroads, power outages due to high consumption, to the closure of classes or even nuclear power plants being out of service.

With climate change, heat waves are likely to become more widespread, with extreme temperatures predicted to be unusually high.