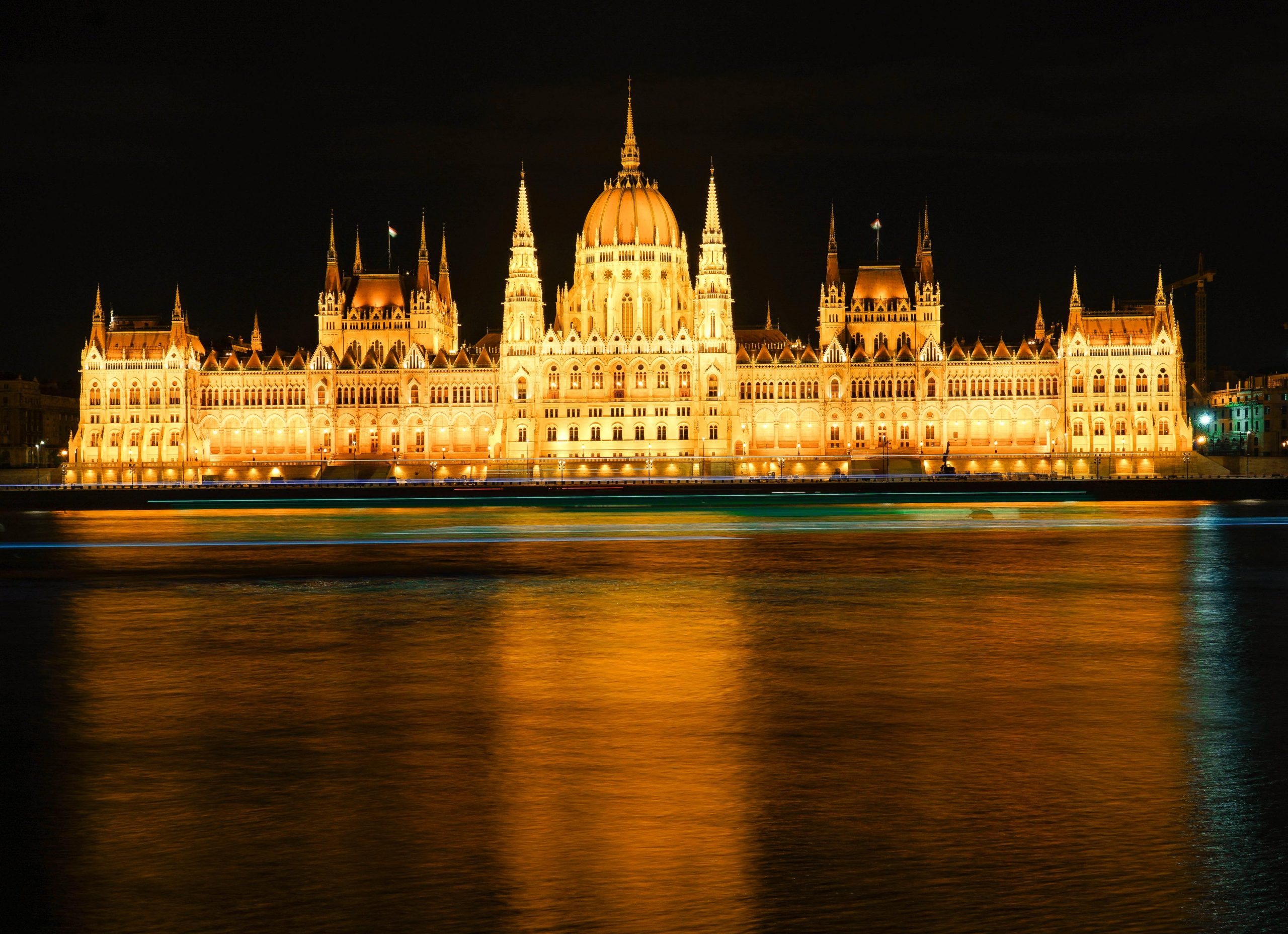 Last year, I spent three days in Hungary for a “photo workshop” in Budapest. I had never been there. For an foreigner coming from South East Asia, it is strange to see that Hungary is in the EU and still uses the “Hungary Forint” (HUF) and not the Euro. But what is interesting is that, accommodation, food and some goods are a bit less expensive than in Belgium.

I stayed in a nice small hotel not far from the center, the owner was very friendly and it was interesting to discuss with him about Hungary’s story and the wonderful “Sissi Imperatrice”. The visit of the city was very easy: by foot or by tram. I was very inspired by seeing these beautiful places.

This is certainly the most popular icon of the city. This beautiful building was designed by the Hungarian architect Imre Steindl in a neo-Gothic style and was opened in 1902. You can visit the inside and feel like a “President”.
During the night, this building is shining and looks yellow, amazing!

A guard in The Parliament Building, he looks very professional!

This Basilica was named in honor of Stephen, the first King of Hungary. His right hand lies in a reliquary. St. Stephen’s Basilica is a Roman Catholic basilica and It was the sixth-largest church built in Hungary before 1920.

This Church: one of the main destinations for tourists in Budapest

This is one of the largest and most important symbolic square in Budapest. This monument is called the “Millenium Monument”. The construction of the Millennium Monument began on the 1000th anniversary of the Hungarian Conquest of the Carpathian Basin, in 1896, and it was completed by 1906 – with the exception of the Monument of Heroes, which was built only in 1929. It is the central theme of Heroes’ Square.

The Monument and the two museums on the right and left side of the square – Museum of Fine Arts and the Art Hall, respectively – were designed by architect Albert Schikedanz and sculptor György Zala. This resulted in a unique architectural unison, enhanced by perfect symmetry with Andrássy Avenue.
In the middle of the composition, on a 36-meter column stands the bronze statue of the Archangel Gabriel, who, according to the legend, has appeared in a dream to St. Stephen, the Hungarian state founder, and offered him the Holy Crown of Hungary.

Located in Buda Castle, this place is always crowded, with plenty of friendly tourists. At the sunset you can have a nice view of the City. Fisherman’s Bastion was designed by architect Frigyes Schulek.

Sunset in the city

5. Shoes on the Danube bank

The “Shoes on the Danube Bank” is a Memorial erected on April 16, 2005. Conceived by film director Can Togay, he created it on the east bank of the Danube River with the sculptor Gyula Pauer to honor and remember the Jews who were killed by fascist Arrow Cross militiamen in Budapest during World War II.

Jaki Chapel is located in the “Vajdahunyad Castle”. This relatively small church takes its name from an Abbey in Western Hungary. In the middle, there is a beautiful lake with some water activities.

Also known as Lion’s Bridge, this is a chain bridge that spans the River Danube between “Buda” and “Pest”, the western and eastern sides of Budapest. You will see two big lion statues two at each end. This is also the landmark in Budapest. It was opened in 1849. It became a symbol of advancement, national awakening, and the links between East and West.