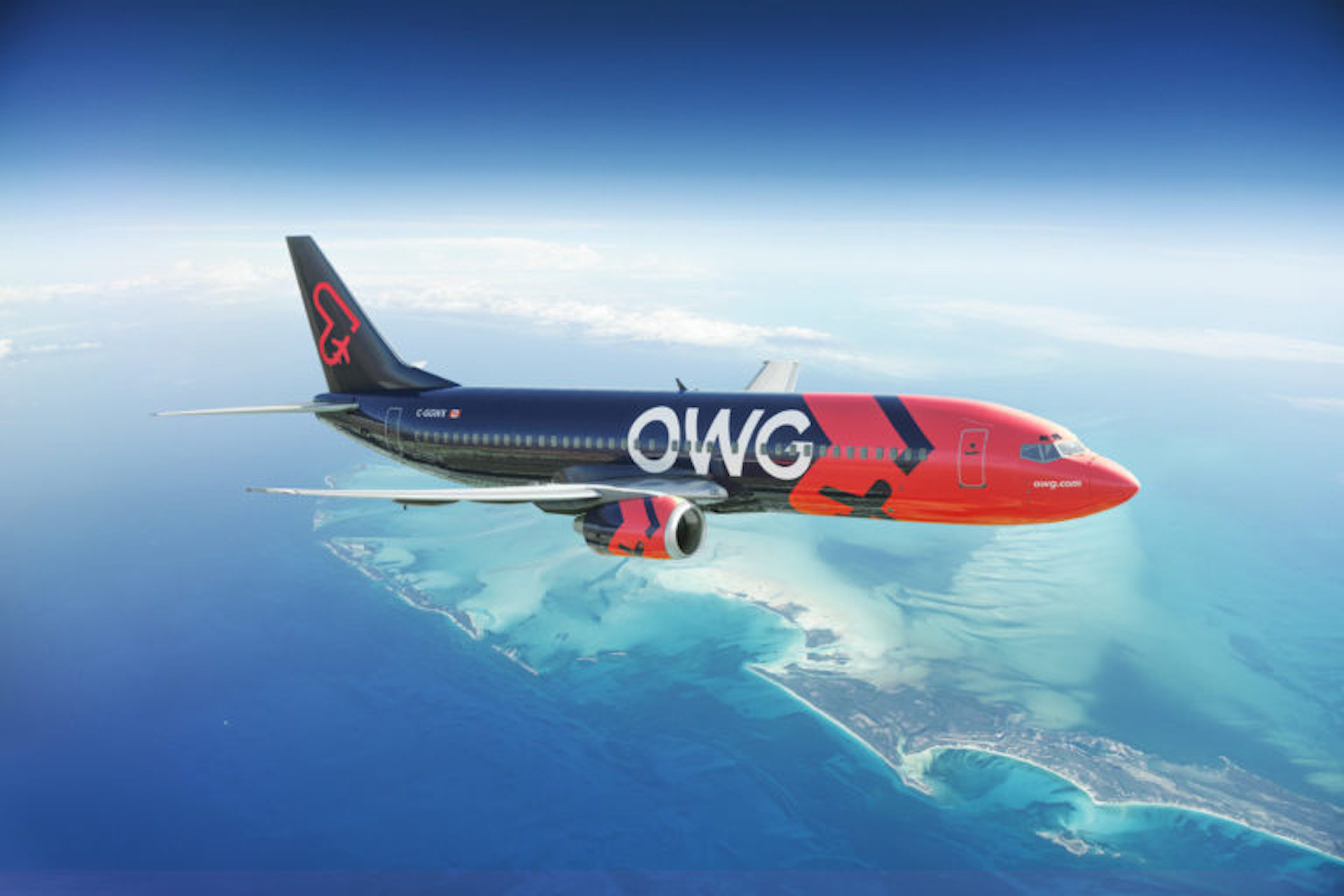 In the midst of the Covid-19 travel restrictions imposed across the world, a new airline called will soon be born. Based in Quebec, OWG will be offering flights to tropical destinations.

This new airline is an initiative of Nolinor Aviation, who are continuing their expansion into a new market. For 27 years, Nolinor has provided charter flights to the Far North and beyond with their fleet of a dozen Boeing 737s.

In early 2020, the carrier acquired a fleet of Boeing 737-400s and began transforming them into a reflection of their high service and safety standards. Unlike many airlines, OWG will track its aircraft in real time using sophisticated satellite-based communication systems. In order to ensure competitive pricing, OWG opted for aircraft with a proven track record: a fleet of Boeing 737-400s (158 seats). The interior of each plane has been refurbished with lighter, sturdier seating. Altogether, these upgrades required an investment of several million dollars

“Our goal is to win the hearts of Quebecers with a new airline whose mission is to get travelers excited again,” OWG President Marco Prud’homme said, “Traditional airlines have chosen to cut the quality of their services year after year with no regard for the passenger experience.”

When it comes to in-flight health and safety standards, the OWG crew will benefit from the expertise developed by Nolinor Aviation, which continued to serve certain northern destinations by applying the highest standards in terms of health and safety.

OWG will begin operations in the coming months and the destinations will be announced shortly. OWG received the authorization from the Minister of Transport to provide regular international flight service on July 6th 2020.