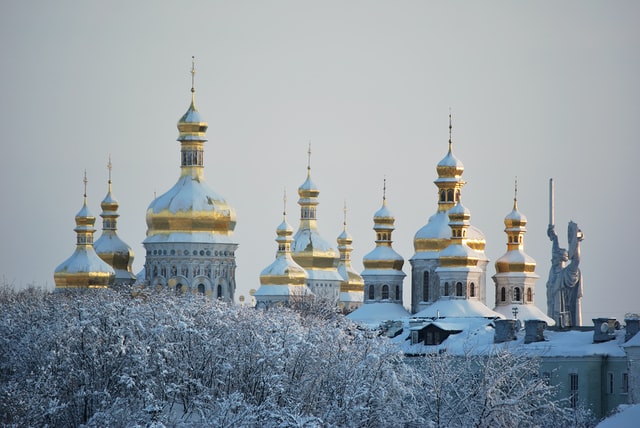 Grand Prix de Pau. Toward a wider use of low-carbon technologies

The International Council on Monuments and Sites (ICOMOS) has issued a statement in which it “deplores” the lives lost in the Russian invasion of Ukraine. The UNESCO advisory body also noted that it “fears the serious threats” to the country’s heritage, and reminds all those involved in the conflict of the “extreme fragility of cultural heritage during armed conflict, even in the face of unintentional damage”.

The organization also asks them to remember the care commitments made in UNESCO’s cultural conventions, such as the one signed in 1954 in The Hague. “They have an absolute duty to do everything in their power to preserve all heritage,” the statement reads. .

Ukraine has a census of more than 140,000 objects of cultural heritage and 132,000 historical and archaeological monuments. Of these, almost 500 are of national importance. Special attention is drawn to urban and architectural monuments, which number almost 16,000. There are 402 cities that are historic sites and there are 56 ensembles declared of exceptional historic value. Seven cultural properties appear on UNESCO’s World Heritage List. Here are the most significant ones.

In 1990, a year before the independence of the Soviet Union, the Cathedral of St. Sophia in Kiev and the complex of the Cave Monastery, the oldest monastery in Ukraine and one of the most influential spiritual centers of the Orthodox religion in Eastern Europe, were inscribed on the UNESCO World Heritage List. Both monuments are located on the banks of the Dnieper River in an area of heavily wooded hills.

UNESCO recently extended the protection zone in order to respect the landscape and urban ensemble, and thus avoid real estate alterations that could affect the historical and cultural value. Both the cathedral and the first buildings of the monastery date back to the 11th century, during the reign of Yaroslav the Wise.
St. Sophia Cathedral.

The cathedral, with its white facade and green and golden domes, was built in the 11th century by local and Byzantine masters in response to the cathedral of the same name in Istanbul (Turkey). It has five naves, a pyramidal composition and a ribbed dome. The UNESCO valued almost three decades ago that the cathedral the state of conservation in which the decoration of mosaics and frescoes of the eleventh century has arrived, possibly the largest collection of that period. Among them stands out the one dedicated to the Panthocrator, the Virgin of Orans or the Annunciation.

The monastery complex, with red domes, reveals the spiritual tradition and clandestine Orthodox worship, with some subway churches, running through labyrinthine caves, cells, catacombs and niches for more than 600 meters. It became an outstanding center that contributed to the development of education, art or medicine.

Lviv was founded in the late Middle Ages and flourished as an administrative, religious and commercial center for several centuries. It is the sixth most populated city in Ukraine and borders Poland. In 1998 UNESCO included the city center on the World Heritage List as an example of the fusion of the architectural, urban and artistic traditions of Eastern Europe with those of Italy and Germany.

To this day, it has preserved its medieval urban topography and evidence of the different ethnic communities (Armenians, Germans, Poles, Italians and Austrians as well as Ukrainians) separated and linked within the city. Several Renaissance and Baroque buildings still stand.

In 1975 the Ukrainian Cabinet of Ministers passed a resolution to create a Historical and Architectural Reserve in the city, thanks to which the more than 2,000 monuments were catalogued, the buildings inventoried and a restoration plan organized. One of the qualities most appreciated by the ICOMOS committee that visited the city in 1998 was the fact that Lviv emerged virtually unscathed from World War II.

3. Wooden Tserkvas of the Carpathian Region

This site is shared between Poland an Ukraine on the UNESCO List. The site has 16 tserkvas or wooden churches. They were built with logs between the 16th and 19th centuries, by communities of Orthodox and Greek Catholic faith. They bear witness to a building tradition very different from that rooted in Orthodox ecclesiastical design. They are crowned by pyramidal domes.

The horizontal arrangement of the trunks includes complex joints at the corners. Their builders were skilled carpenters, who erected the tserkvas on wooden sills set on stone foundations (and wooden shingles, too). Inside, the walls are decorated with polychrome. Some of these churches contain wooden steeples.

They are located on the eastern borders of Central Europe, in the Polish and Ukrainian Carpathian mountain range, which spread over the mountainous terrain. This is one of the reasons why they are not threatened by urban development. And they are not abandoned because 13 of them are still used as churches. The other three remain intact as museums. Almost all of the tserkvas retain their original doors and locks, with inscriptions on the lintels dating the date of construction and the names of the carpenters.

4. Ancient city of the Tauric Chersonese and its Chora

This cultural property inscribed on the UNESCO list in 2013 presents the remains of a city founded by the Greeks in the 5th century BC, on the northern coast of the Black Sea. Chersonese encompasses six sites with urban remains and agricultural land divided into several hundred “chôra” (rectangular plots of similar dimensions).

Each of these plots houses vineyards whose production was exported. By the 3rd century the place was known as the most productive wine center on the Black Sea and remained a trading center for the Greek, Roman and Byzantine empires. The city prospered until the 15th century. The site features several public building complexes and residential quarters, as well as early Christian monuments along with Stone Age and Bronze Age remains.

Roman and medieval fortification towers and water supply systems also emerge. According to the UNESCO declaration, “it is an outstanding example of democratic territorial organization linked to an ancient polis, reflecting the social organization of the city”. The ancient ruins have been excavated since 1827 by the Russian government and are a popular tourist attraction, protected as an archaeological park.