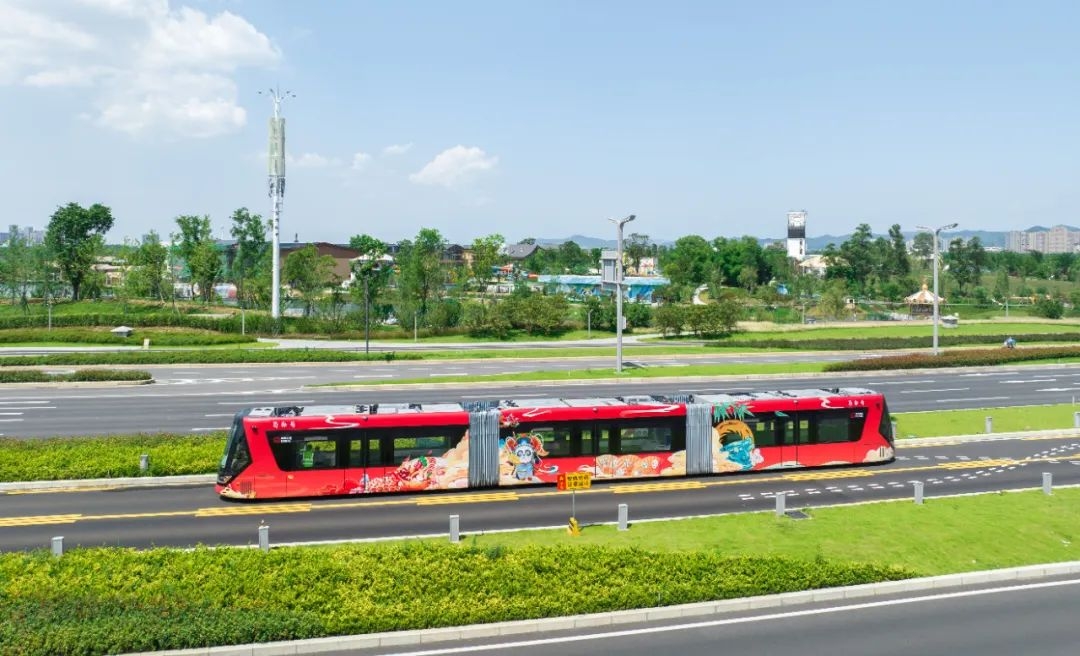 Cities everywhere need redevelopment to minimise long car-commutes and create more liveable cities and suburbs. Today, congestion in large urban areas, CO2 emissions and the difficult access to housing in urban areas is pushing policymakers to rethink city transport. With that in mind, trackless trams are being dubbed as a key innovation to shape the future of urban transformation.

Trackless trams have emerged from high-speed rail technology and some of its versions have been in development for almost 20 years. Only in 2017, the Chinese Rail Corporation (CRRC) introduced an autonomously guided tram, which is an upgraded version, both in design and technology, known as autonomous rapid transit (ART) as opposed to light rail transit (LRT).

ART has the ride quality and service characteristic of light rail, but at a significantly lower cost as it avoids the disruption caused by installing rail in the roadbed. The vehicles travel on rubber tyres, guided autonomously using optical, lidar, radar and GPS technology. They are bi-directional, and have multiple carriages, as well as safety features and communication technologies that contribute to fleet management and ride quality. With advances in battery and charging technologies, trackless trams operate without overhead wires and get a booster charge at dedicated stations while passengers board.

Rubber tires are far less efficient than metal wheels due to rolling resistance, and batteries are not cheap to manufacture. Putting the capital cost instead into catenary lines and tracks would quickly pay for itself in operational savings.

“Not to even get into the cost of maintaining asphalt, road markings needing to be visible for this thing to find it’s “tracks”. As such I don’t think this is the future of transportation. No need to reinvent the wheel. LRT is a proven scalable technology. Just use it.”, stated Brian M., an electrical engineer, on LinkedIn.

Planners from Perth to New York City say it is the best possible use of AV tech in the urban context and a critical advancement in the era of climate change. Others are taking a wait-and-see approach. But as with all innovations, whether trackless trams succeed on a mass scale depends as much on political and business interests as technology and design.

Since 2018, ARTs have been operational in China — first in Zhuzhou, before expanding to Yibin and Harbin, with planning and construction of new systems underway in five other cities in China. In 2020, a competing subsidiary of CRRC introduced the Digital Rapid Transit (DRT) trackless tram. The DRT vehicle is in operation in Lingnan Shanghai on two routes. It is magnetically guided and is powered by a hydrogen fuel cell or electric battery. This rather new technology is attracting global interest with proposals for routes in Malaysia, Israel, Zimbabwe, Australia and elsewhere.

With the technology in place, the World Economic Forum (WEF) wants to focus on the middle-suburbs, where main roads tend to be underutilised and undervalued. “This is where trackless trams can help; but to achieve this, city authorities, developers, transit planners and adjacent organizations, such as business improvement districts, need to work together,” states the WEF. To encourage public-private collaboration, the WEF developed a net zero modal for redeveloping middle suburbs called the Entrepreneur Rail Model.

The Entrepreneur Rail Model sets out the following 5 steps: