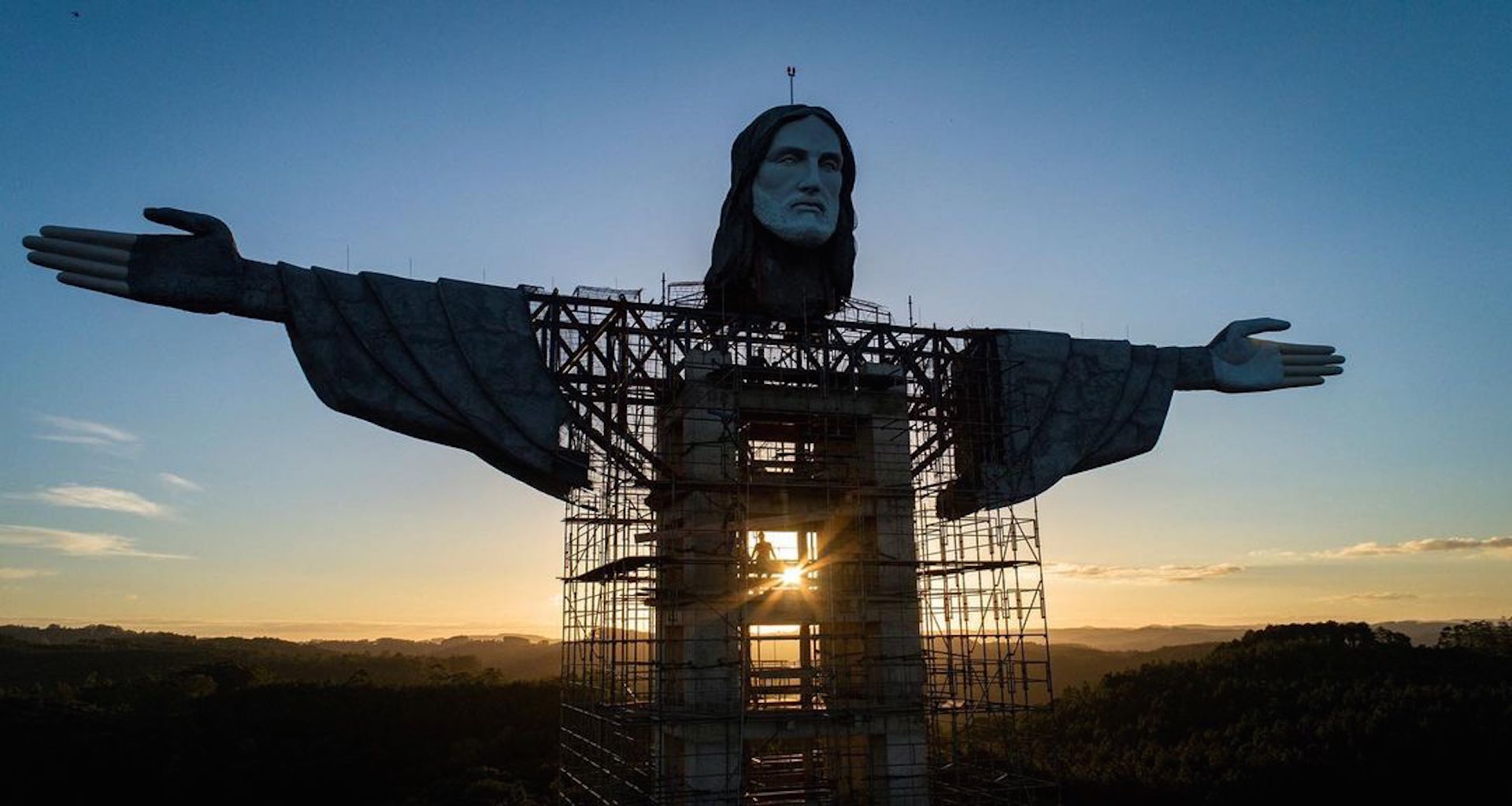 Brazil will soon have not one but two giant statues Jesus Christ. The new statue is being built in a small town in the south of the country, and it promises to surpass in height the iconic open-armed Christ the Redeemer that stands atop Corcovado Hill in Rio de Janeiro.

In early April, the arms and head of the statue, whose construction began in 2019 in Encantado, Rio Grande do Sul, were erected. Its completion is scheduled for the end of this year, according to the Friends of Christ Association, which is coordinating the work.

Encantado, a town with 22,000 inhabitants, is located 144 kilometers from Porto Alegre, the state capital. Gilson Conzatti, councilman of the city, expressed how pleased he was regarding the progress of the project on social media. He’s the son of Adroaldo Conzatti, former mayor of the city who welcomed the idea and died in March of health complications as a result of Covid-19.

For sure this is a day of celebration and devotion

The statue in Encantado will be called Christ the Protector (Cristo Protetor) and will be 43 meters high, including its pedestal, making it the third tallest statue of its kind in the world. The hand to hand extension is 36 meters. It will have an internal elevator and a belvedere.

The construction, erected on the Antennae Hill, was the brainchild of a local priest and seeks to transmit the faith of the people of Encantado and promote tourism in the region. The sculptors Genesio Moura and Markus Moura, father and son, are responsible for the work.

The 2 million reais (300k euros) budget was financed with donations — there was no public money involved, according to the Associação Amigos de Cristo, formed by volunteers. On its website, the association continues with the fundraising campaign, and has even opened the raffle for a car to boost donations.

Christ the Redeemer on Corcovado Hill in Rio de Janerio is Brazil’s most famous postcard. It measures 38 meters, including its pedestal. The statue was inaugurated in October 1931.