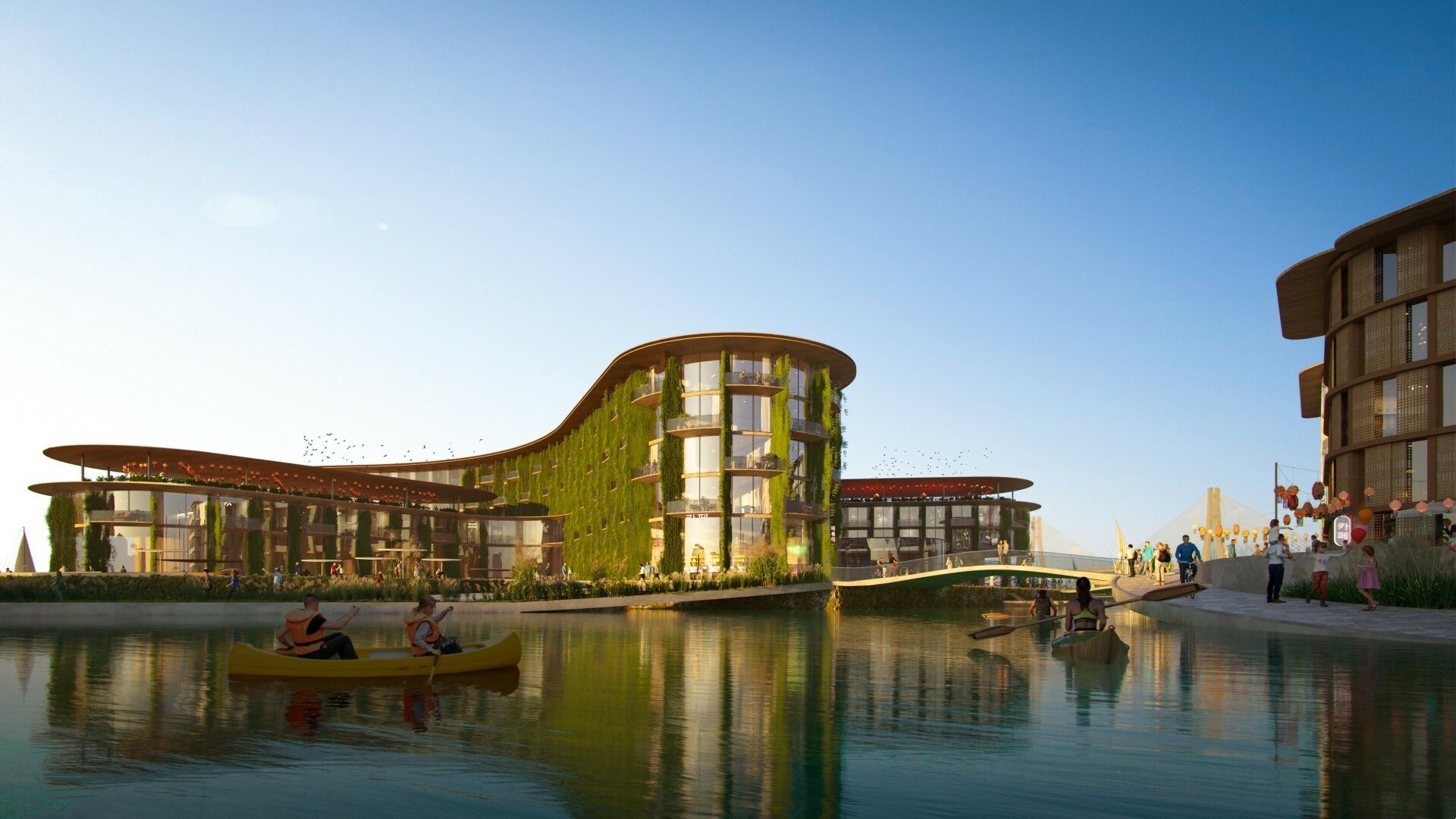 The world’s first floating city is coming to South Korea

The world’s tallest wooden skyscraper is being built in Switzerland

A pilot project for the world’s first floating city is being built in Busan, South Korea.

Busan—South Korea’s largest port and the country’s second-largest city—is now becoming a prototype for the first ever resilient and sustainable floating city. The first part of the project will be ready by 2025.

Although examples of innovative flood-proof settlements already exist (e.g., HafenCity in Germany and Sponge Cities in China), the South Korean smart city is the world’s first attempt to build a fully sustainable community from scratch.

The design of the self-sustaining floating community—the so-called Oceanix Busan—was announced last week at the UN headquarters. The project is led by the innovative tech company Oceanix, the United Nations Human Settlements Programme (UN Habitat), and the city leadership in Busan, with BIG-Bjarke Ingels Group and the South Korean firm SAMOO as architects.

Built on a trio of buoyant platforms, the smart city will cover a 15.5 acre area for 12,000 people. The city will support a full range of urban infrastructures, including apartment buildings, offices, parks, green energy grids, and hydroponic farms. Moreover, the floating city will generate 100% of its energy and water needs.

During the UN launch event, Danish architect Bjarke Ingels, founder of BIG, explained that the masterplan takes into account the flow of energy, water, food, and waste.

Imagine a masterplan that is not made from paving roads or building foundations, but one that channels the flow of energy, water, food, and waste and create this kind of blueprint for a maritime metropolis.

The pilot project in South Korea is part of a larger vision of building sustainable floating havens that would support 85,000 residents in several coastal cities around the world. This idea was presented by Ingels in his 2019 TED talk, where he described the idea for a man-made ecosystem capable of fulfilling all UN’s Sustainable Development Goals.

Philipp Hofmann, CEO of Oceanix, revealed that they want to replicate the idea in other coastal cities around the world as their highly-sustainable infrastructure solution is applicable to any type of coastal environment and climate.

We have started with Busan but we want to help bring this highly-sustainable infrastructure solution to other coastal cities around the globe.

However, there was no lack of criticism during the three-hour briefing. Maimunah Mohd Sharif, UN Habitat’s executive director, cautioned that such global solutions must consider global diversities, including differences in topography, local norms, and cultural expression. The director also questioned whether the project will improve the quality of life for all, including marine life.

Architect Daniel Sundlin, a partner at BIG, assured that there is no single global blueprint. He explained that the platform on the water is just the core idea. All other features of the floating cities should be aligned with each community’s peculiarities and needs.