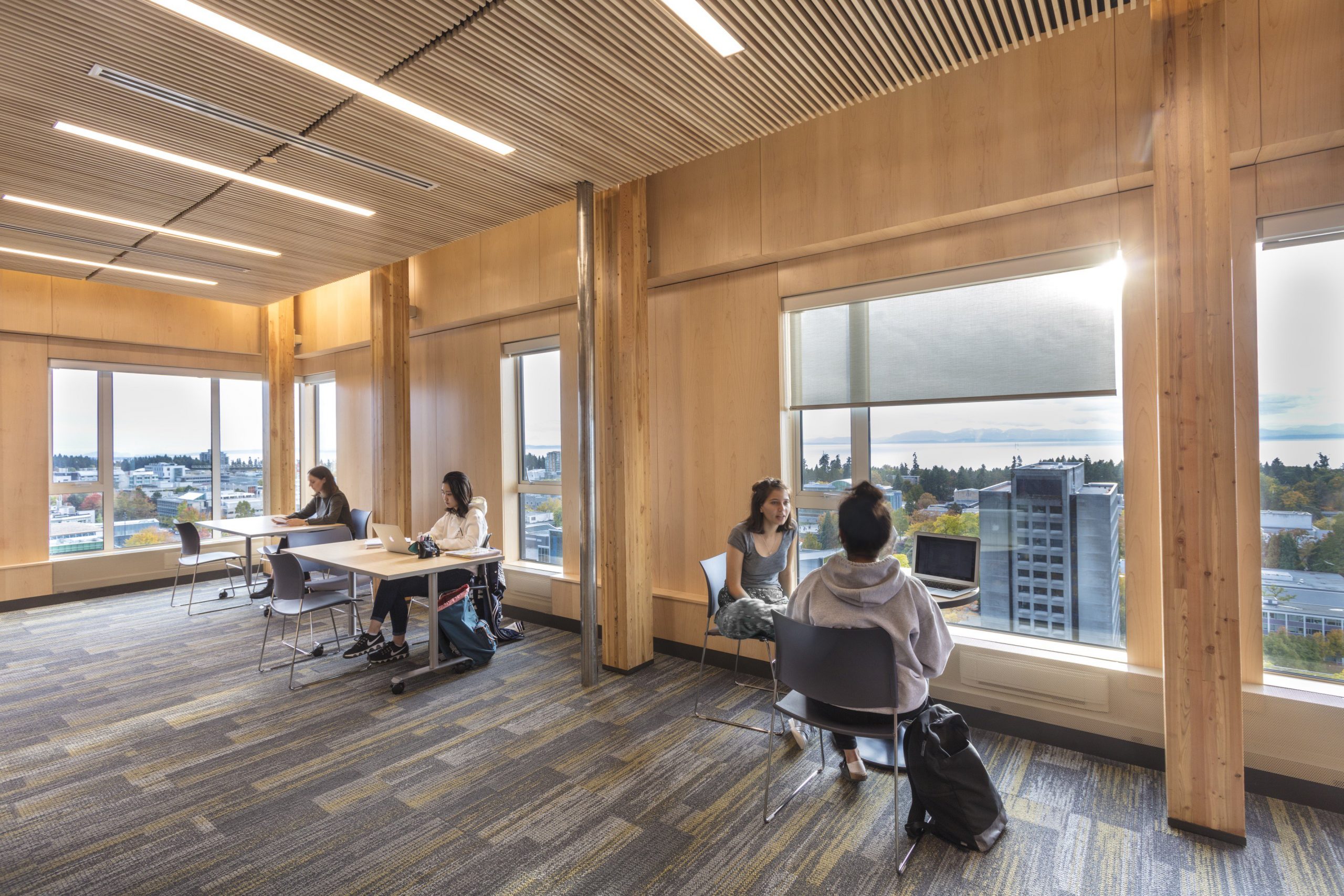 The skyscrapers made of wood

Tomorrowland to be postponed until the end of August

The modern day image of urban areas is pretty grey, not to mention unsustainable. Concrete tower blocks and tarmac don’t exactly support a healthy environment, for people or the planet. However, as a need for sustainable building alternatives grows, as does the research and support for such projects, and one of these is the use of wood in building. I don’t just mean in bungalows and houses, but for multi-storey buildings and large-scale projects like skyscrapers too.

Construction is recognised as one of the world’s most environmentally destructive industries, accounting for nearly 40 percent of global emissions, and concrete, one of its most popular materials, is incredibly unsustainable. Concrete production it causes up to eight percent of global emissions and uses 40 to 50 billions tonnes of sand each year. Clearly, reducing the use of this material and our reliance upon it would help enormously in the fight to lower emissions, however this is easier said than done. Over the last three decades global concrete production has quadrupled and much of the world’s urbanisation boom depends on it. China alone pours more concrete every two years than the United States used in the entire 20th century! However, although difficult, making construction more green is not impossible, and timber is a sustainable and increasingly viable alternative.

The benefits of using wood as a building material are extensive. As argued by supporters of wood construction, not only is it carbon neutral but it is actually carbon negative, as it effectively takes CO2 captured by trees and locks it into the buildings it supports. Of course it has its challenges too, but in the last few years, helped by an increase of government incentives, pent-up demand and technological advancements, timber construction has really begun to shine. It has even been proposed by a group of Yale University scientists that wood could largely replace concrete and steel building construction. According to their research paper Buildings as a Global Carbon Sink, 90 percent of all new buildings could be built of wood by 2050, preventing up to 75 gigatonnes of CO2 from being released into the atmosphere, twice what the world produces in an entire year by burning coal, oil and gas.

An incredible example showing the potential of wood as a green construction material can be seen at Vancouver’s University of British Columbia. Their 18-story residence hall building, the Brock Commons Tallwood House, stands out with its pale coloured wood appearance. But this isn’t just for aesthetics, its representative of the workings of the entire structure and a clear choice that was taken by the designers and developers to build with wood.

Opened in 2017, Brock Commons Tallwood House was the tallest building constructed of timber in the world. It was erected using prefabricated components in just 70 days, was faster and cheaper to build than a conventional building, and its material saved over 2,400 metric tons of carbon emissions. Pretty impressive!

Another impressive wooden structure is the Woodcube, built by Matthias Korff for Hamburg’s 2013 International Building Exhibition. Europe’s first five-story wood building, the Woodcube was built entirely without glue or chemicals, instead using beechwood plugs to hold the walls together. Also, because of its density the building can withstand a 1,000 degree Celsius fire for over five hours.

Korff is managing director of DeepGreen Development in Hamburg, Germany, and has been using wood in large-scale buildings for years. He calculates that between the CO2 emissions created in the manufacturing of unsustainable building materials, which are saved when using timber instead, and the CO2 are bound up in the wood itself, two metric tons of CO2 are saved per cubic meter of wood used in construction.

There are already several wood construction projects in Hamburg, including an 18-story apartment building and a large housing estate, and Korff is planning an eight-story building and a senior citizens’ complex, with the latter even incorporating waste wood into the design. Berlin will also soon break ground on the country’s tallest wood building named WoHo, which will be a residential wooden skyscraper. Meanwhile elsewhere in the world Tokyo, Japan, has revealed plans for the world’s tallest wooden building; a 350-metre 70-storey hybrid timber skyscraper that would be the country’s highest and is due to be built by 2041.

For those of you wondering about deforestation, this is not a necessary concern. Generally in Europe forest stock is increasing and governments are careful about preventing imports of illegal and unsustainable wood. Even if 90 percent of all new buildings were constructed from wood, that volume of wood could easily be produced in sustainably managed forests.

4. The role of policies and incentives

Government policies and incentives have a large role to play in the increase of wooden constructions, as is evidenced by Germany. Building on the country’s ‘Charter for Wood 2.0’, Hamburg has adopted pro-timber construction policies with incentives such as a 30-cent subsidy per kilogram of wood used in construction, whilst Munich and Freiburg offer similar incentives, and Berlin recently changed its building code to allow large-scale wood structures. In order for the construction industry to transition to more sustainable materials, policies like these are much needed and simple law changes can promote an increase in this type of building.

For example, in 2015 when Canada’s National Building Code was revised to allow six-story wood buildings, an impressive 500 mid-rise wood buildings were built nationwide. When Brock Commons Tallwood House was built, the developer was allowed an exemption and soon after in the 2020 review, the code was changed to allow 12 stories. If the 2015 code change is anything to go by, the 2020 change could boost the number of wooden construction projects in the country significantly. Buildings like Brock Commons Tallwood House and the Woodcube are an example of the potential of sustainable construction. Buildings that don’t cost the Earth, and are a welcome break in the grey landscapes of our towns and cities.