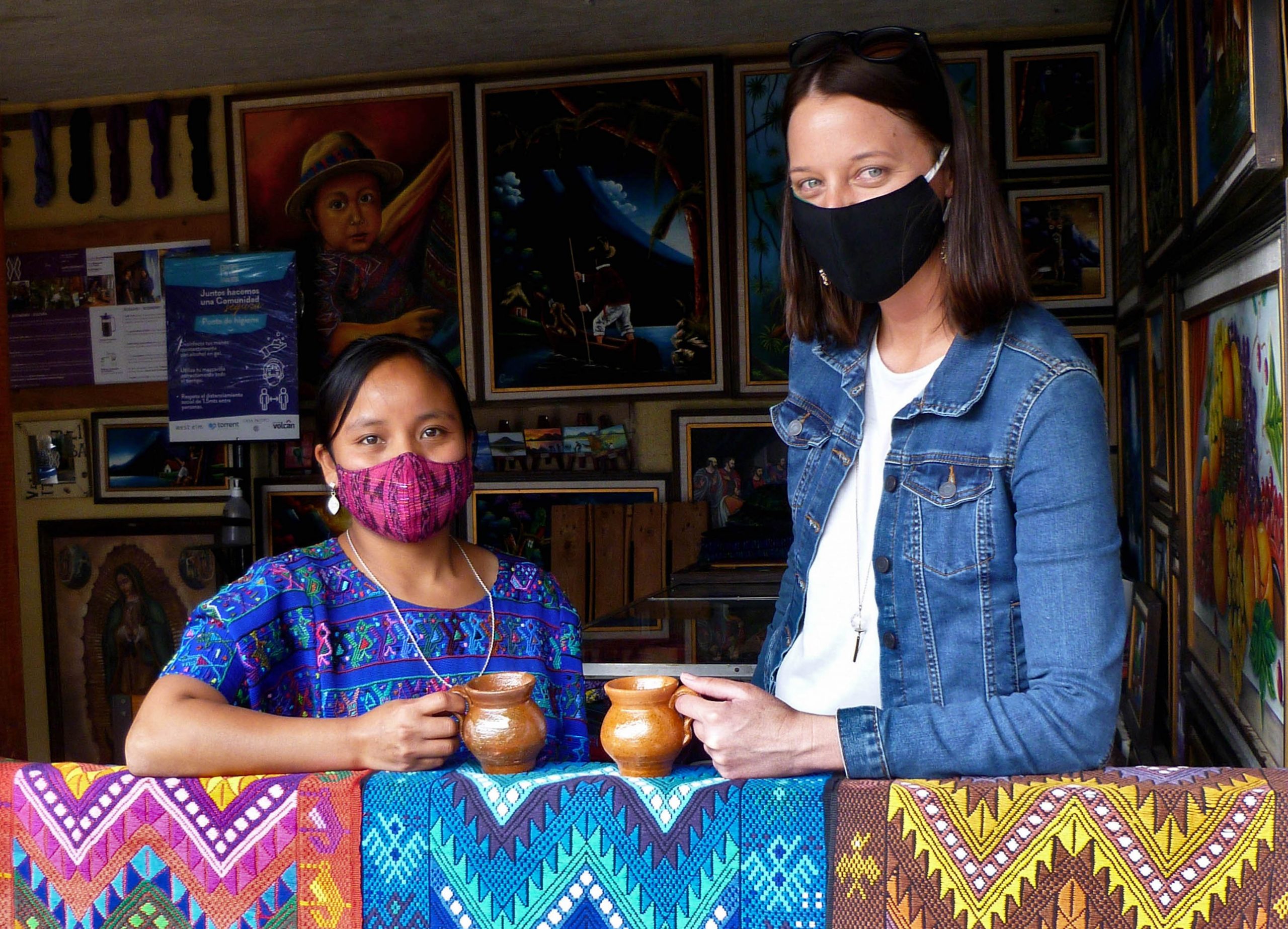 The most googled recipe during Covid-19: Banana Bread

Canada extends its cruise ban until 2022

The people behind the food

To conclude our journey through Central America and the Caribbean, we will focus on the people behind the food and the invisible relationships that Community-based Tourism contributes to these places under a cloudy sun.

Food can strengthen a community by showing the bonds that link its members, but can also create new ones, like in the case of Anse la Raye Seafood Friday in St Lucia, where community leadership, participatory planning, a skills development programme and a shared vision for local tourism generate a successful weekly street food event. In each lobster lambo – the French crioulo conch with the marlin – or buigo, the fish broth charcoal grilled confidently, generously seasoned and carefully wrapped, comes a community celebration of collective achievement.

Another story is the one of La Ruta del Café, built on the trust of international actors and the local coffee producers, supported by the Fairtrade label. The coffee tour included a community levy charged per visitor to share the economic benefits with local people not directly involved in the activities with the tourists. The experience does not exist anymore, and the actors involved have vanished or transformed. It was an interesting and successful story that brought many international tourists in direct contact with the coffee producers in the Dominican Republic, but it did not survive as a food tourism project, and we wonder if it was due to the absence of a strong community in charge of the project.

On the northern coast of Jamaica, a company born from a collective dream to achieve sustainable local development and create employment opportunities survived and thrived to international success. Its agricultural production turned into agritourism, while maintaining the community development at the core of the company’s values.

The organically grown ingredients of the world famous original mixture of spices produced by the Walkerswood Caribbean Food ltd. since 1978, are shown and celebrated during the Walkerswood Jerk Country Tour, which embeds the community spirit and always integrates actors and activities at the centre of the local company interest: the farmers, their cooperatives and programmes, and the local school projects.

To get closer to the people behind the food, though, we need to follow them back to their kitchens, where CBT can showcase a common meal that incorporates tradition and art, not easy to emulate.

Ernesto from Matagalpa Tour in Nicaragua reveals the secret of the nacatamal.

What makes this national dish so special and hard to imitate is not the dough – a combination of maize and animal fat, garnished with chicken or pork, and potatoes, vegetables, and rice. The secret is in the way you work the banana leaf.

Behind a simple-looking dish, there is someone that has mastered a precise technique that if done badly will reduce the delicacy to an inedible mess. There is someone – like Ernesto’s mum – who will wake up at 3am in the morning expressly to change the position of the sleeping nacatamal, so that their shape will be balanced, and the content, firmly secured by the leaf, will look perfectly even and smooth on the breakfast table.

Before we set out to Mexico, we would like to briefly meet the people behind the coffee, a valuable item sold at auctions, produced at a rough rhythm, and built on social disparities.

In Guatemala our native tour guide – Guillermo – worked in a coffee cooperative in his life before tourism and still has some vivid memories. Antonio confirms that in Puerto Rico there are social programmes that allow the visitors to accompany the coffee collectors to collect the coffee beans, providing him with real help that he would not have had otherwise. Everywhere in these fertile coffee regions, coffee is a highly valued food, but the collectors are still poorly paid. Ernesto from Nicaragua confirms that to be a cafetalero used to be a good business, but it is not anymore, now that the price relies on the fluctuations of the stock markets and on unpredictable global production.

Whatever the price for the producers, coffee will arrive at someone’s table, after the red beans have been collected from the bushes in the mountains and carried up and down the hills in grass baskets whose weight will become a more noticeable burden on the collectors’ shoulders, the more they work.

While this could sound a bit more like forced labour than an ideal vacation, it can be a fun and highly effective way of filling the gaps of information that are not included on the labels of the coffee packs we buy in the shop.

We have realised that often we have ventured too far from the land that feeds us, but we must admit that we are even further away from the people that work that land.

Filling the gaps might require some sweat and muscular effort – or just some independent and grass roots reading – but we have no doubt that after that experience on the mountains, the next cup of coffee will never taste the same again.

We also hope that perhaps the readers’ next cup of coffee will also taste different, maybe just a little more human.