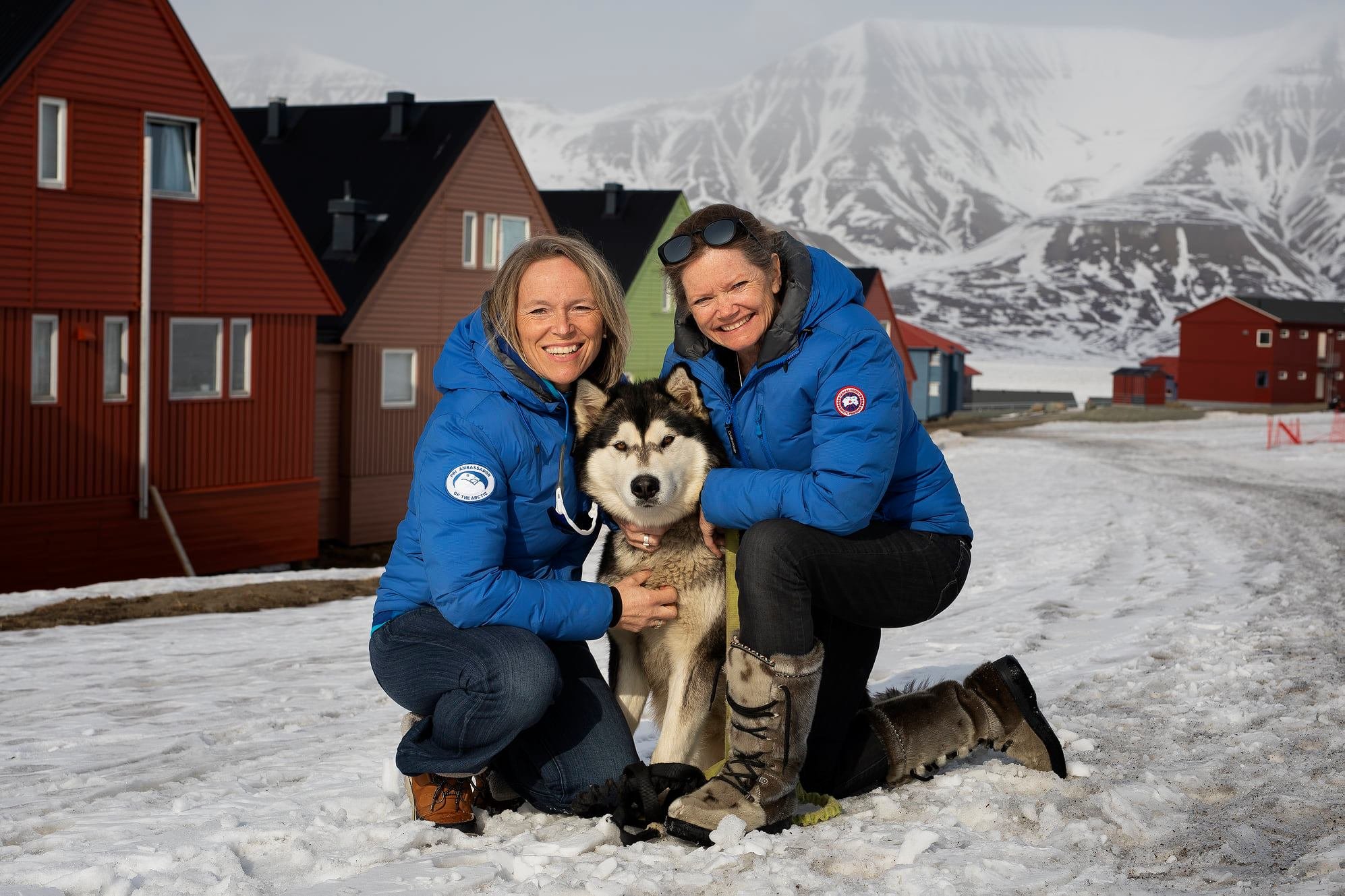 10 Places to visit in Winter in Asia

Since September 2019, polar explorers Hilde Fålun Strøm and Sunniva Sorby have been living in a small trapper’s cabin on the remote Norwegian archipelago of Svalbard, located between the Norwegian mainland and the North Pole. As well as the important scientific research they have been collecting, they are also on a mission to ‘engage the global community in the conversation around climate change and what each of us can do’.

Both born in Norway, Hilde, aged 59, has worked for more than two decades as a guide and historian in Antarctica, and was part of the first team of women to ski to the South Pole. Sunniva, 55, was raised in Canada but has been leading expeditions since she moved to Svalbard from Oslo over twenty years ago, having also spent a year travelling between trapper’s huts across the Arctic.

The two polar ambassadors are the first women team to ever overwinter in the Arctic alone. Although women explorers have stayed the winter there, they have always been in teams with men, so the two are rewriting this history, showing that women are just as ‘strong, capable, resourceful and successful without men’. Whilst there, they have been managing seven citizen-climate projects investigating climate change, each with their own protocol. These projects involve tasks such as collecting sea temperatures, saltwater and phytoplankton; photographing clouds; taking observations for NASA, and studying daytime auroras that are visible only in 24-hour darkness.

What do you think when you hear “STORMY WEATHER”? A song? A place you’ve been to? A poem you’ve read?🌪

We are fine and send all our love to all our friends and followers across the world 🌍🌏 pic.twitter.com/sfto0KdV9D

Their home for the last 16 months has been Bamsebu, an old trapper’s hut surrounded by polar bears, (“Bamse” being Norwegian for “bear,” and “bu” meaning hut). Built in 1930, the 20 square metre building was originally made to shelter whale hunters, and still has no electricity or running water, just a wood-burning stove for warmth and solar-powered lights and candles to see in the polar darkness. Hilde and Sunniva use driftwood for fuel to heat the hut, which regularly drops to minus degrees inside during the night. For water, they break ice and boil it on the stove.

It is an incredibly tough way of life, surviving with very little. The only high-end technology and equipment that they do have is for use in their research, such as an infrared drone to photograph wildlife and lethal algae blooms lurking in the sea, a satellite for communicating with the world, and electric snowmobiles to explore the tundra or travel 140km to the nearest area of civilisation for supplies.

Hope everyone is having a great week.
This is our home #nofilter. Bamsebu bathed in the #midnightsun. pic.twitter.com/HwuRjMevDh

However, Hilde and Sunniva are not just there for the important research; they are there as ‘caretakers of Mother Earth’. Their love of the Arctic and their concerns over its rapidly changing environment, which they have seen first hand through their many expeditions, led them to create their project, ‘Hearts in the Ice’. Throughout their stay in the Arctic, they are on a mission to encourage conversations around climate change, and have been been doing video chats with schoolchildren across the world. These have become incredibly popular, and they are reaching audiences in France, Switzerland, Norway, Germany, China and beyond, connecting with thousands or students worldwide. With their online stream of videos, photos and blog posts on their website and social media, they are giving viewers a unique and amazing view of polar research in real time, showing them why it matters, and explaining the challenges of living sustainably in such an extreme environment. Their goal is to ‘be able to communicate climate change in a way that is engaging and not depressing’, and they are definitely succeeding.

What’s your excuse for not going out for a walk? Rain? Snow? Cold? Darkness?!?

For us it was the sudden, abrupt, noise from the outside, then the polar bear prints all around the hut🐾 He was only a few meters away from us! pic.twitter.com/QXwn8mHDAK

Having arrived in 2019 and overwintered from 2019-2020, the original plan was for both to leave Bamsebu by steamship in May 2020, to a toast on board with their families, friends and supporters. However, then came the Covid-19 pandemic. Like most others in the world, in March their trip was cancelled, and they were unable to get home.

It was a desperate situation; however the pandemic meant scientists weren’t able to travel to do field research, meaning the pair’s ability to continue doing their climate research in the area became even more vital. The year of record-breaking wildfires, hurricanes, and species loss around the world also left them feeling their work was more important than ever. They chose to adapt, and to spend another winter in Bamsebu, another 90 days of complete darkness, in order to continue their research and mission.

We are ready for this ❤️
After 229 days at Bamsebu, a successful overwintering, we return to Longyearbyen for a few days to re-stock before returning to Bamsebu for the summer. We will continue with our data collection, #citizenscience-projects and our #embracetheplanet-project. pic.twitter.com/S1D3BmKUJ1

Both explorers have learnt a lot during their incredible adventure, as have the many people around the world following their progress. From surviving temperatures as low as -34.4C, to ferocious Arctic blizzards and a close encounter with a polar bear on the doorstep, these incredible women have handled it all.

The two have also thought a lot about how to travel more responsibly, considering how we all need to be more mindful, now and in the future, focusing on our impact rather than what we’ve seen and how many places we’ve visited. As restrictions continue around the world, travel must inevitably change, and as Hilde puts it, ‘As travellers, we need to rethink how we’re travelling and why, and look at conservation.’

This is a year unlike any other – this is a year for us.
Let’s make it count and then let’s count our blessings. With courage, kindness and boldness for all that we are 💕