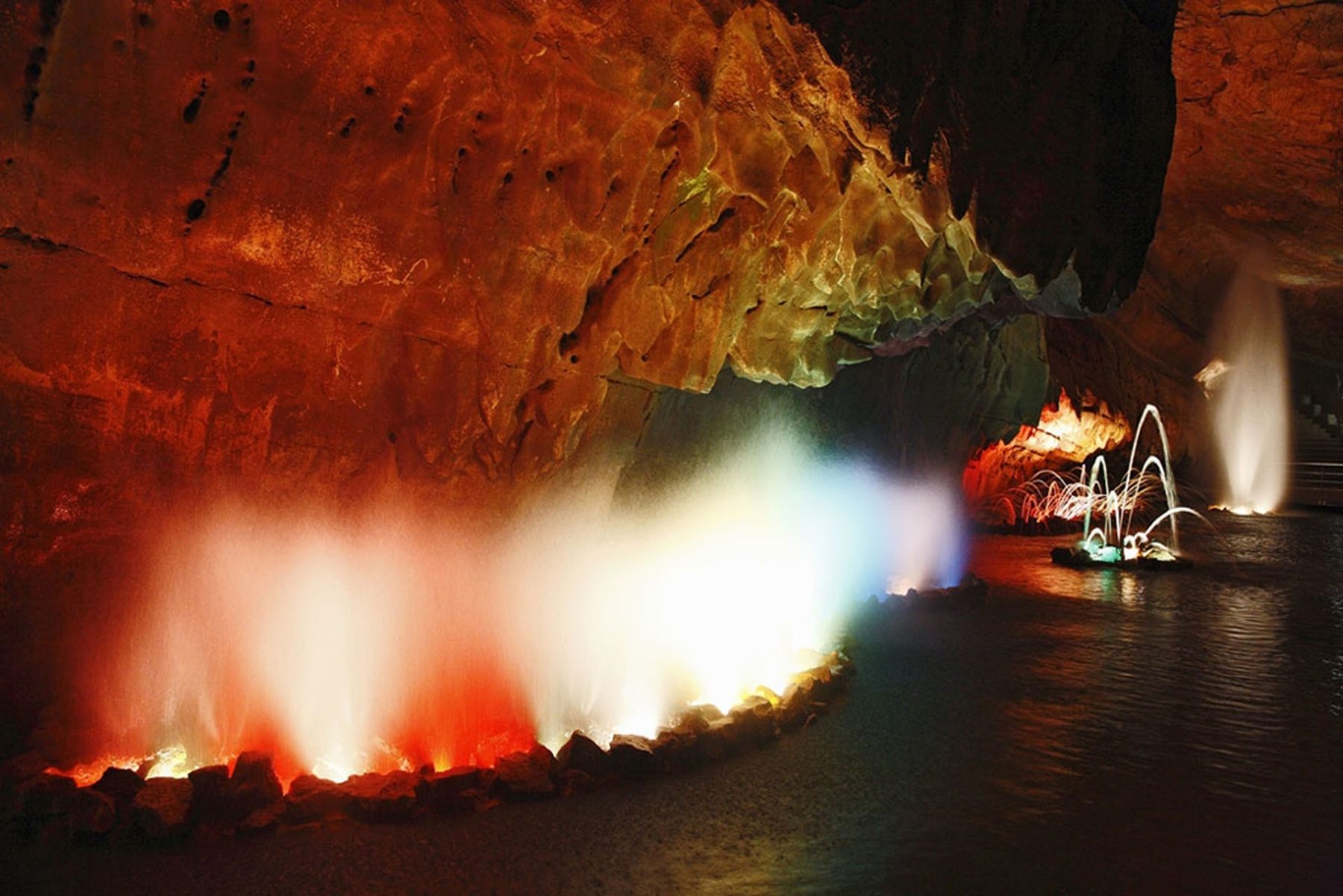 Portugal has plentiful of these natural beauties, some can be visited in the company of specialists, others not, but they are undoubtedly extremely unique monuments. The largest caves in Portugal are those of Mira de Aire, composed by numerous individual caves, totalling 11km in galleries, which is truly impressive.

Most of these strange wonders are located in areas of the country where the dominant rocks are limestone (western region) or basalt (in the islands, resulting from volcanic eruptions). Let’s discover some of the most beautiful caves you can visit in Portugal.

The mystical Mira de Aire Caves constitute the largest accessible cave system in the country and are just 15 kilometres away from Fátima, in a village with the same name as the caves, on the way to Porto de Mós, just as you enter Serra d’Aire.

Also known as Grutas dos Moinhos Velhos, or Old Mills’ Caves, they were discovered in 1947 and are, as for now, the largest known caverns in Portugal.

They are interconnected by numerous artificial tunnels which total a length of over 4 kilometres, of which only around 600 meters can be visited, which includes a 110-meter slope.

It is located at Caldeira Guilherme Moniz, an ancient dormant volcano, and the only in the world that is open to visitors.

Here you will go 100 meters deep down and can watch stalactites that are unique in the world (for its characteristic silicates) and a subterranean lagoon of crystalline waters. Algar do Carvão is considered a Regional Natural Monument and it is situated in Porto Judeu, Angra do Heroísmo, Terceira Island, Azores.

I was there and, believe me, entering a volcano and seeing its interior is an absolutely unique experience you cannot miss.

In the municipality of S. Mamede, Batalha, Leiria, this complex of limestone caves known as the Coin Caves was discovered in 1971 by two hunters, whose curiosity led them to explore the shaft cave in all of its extension, including the “hunter’s hall” filled with limestone formations.

For two months, the two men excavated narrow passages right next to the first cave, progressively revealing magnificent galleries that can be visited nowadays.

It is said that the caves are over 180 million years, with its formation dated to the Jurassic middle ages, a time when dinosaurs roamed in the region. They were discovered in 1964 by a group of workers from the limestone quarry of Serra dos Candeeiros.

They are very close to the Grutas de Santo António and you can reach both of them from Estrada das Grutas in Cabeço do Bobo, Alvados.

Almonda is impressive for its multiple underground streams that give origin to the river of the same name. It is an authentic sanctuary of speleology, representing the widest karst network known in Portugal. This cave, with over 10 kilometres, is an authentic national treasure.

In the municipality of Montemor-o-Novo, parish of Santiago do Escoural, this cave is a fundamental point of the archeologic complex of Escoural, being the only cave with pre-historic rock paintings and engravings dated from the Superior Paleolithic.

There you can find numerous halls and galleries once used by populations over 50 thousand years ago. Temporary hunting shelter for hunters-gatherers, its first occupation dates to the Middle Paleolithic. In the Superior Paleolithic (35 to 8 thousand years b.C.), the area was used as a sanctuary, as we can see nowadays from decorative motifs of the pre-historic art.

Formed 890 thousand years ago from a volcanic eruption that occurred in Paul da Serra and which flowed to the ocean, these caves are situated in the parish and municipality of S. Vicente, in Madeira.

A series of lava tunnels can be seen inside. Discovered for the first time in 1885 by the locals, they opened to the public on 1st October 1996, being some of the first caves where visitors were allowed.

Make sure to visit them if you can, you will not regret it.

In the village of Lapas, very close to Torres Novas, we can find labyrinthic formations, constituted by galleries of hard access in some areas, though there are wide corridors in other parts.

First used as residences, it later served as a wine cellar, storage and even as pens for livestock of the village’s inhabitants. Since 1943, it is considered as a Property of Public Interest for there is a lot of curiosity in the study of this local.

Visiting caves is different from visiting any other monument, often requiring some courage and tenacity, taking the narrow passages that you find in their interiors into account, as well as the sensation of claustrophobia that can be felt, but if you’re fascinated by this type of place, choose one and go, the visit is very worth it.