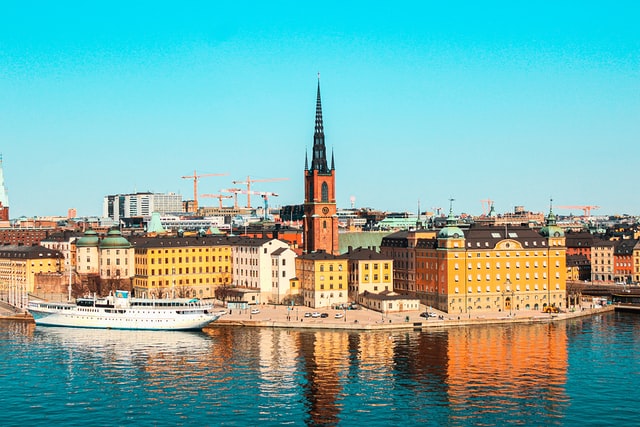 Only 45 international tourists visited Bali in 2021

Sweden, Norway and Denmark have topped the World Economic Forum’s latest Energy Transition Index (ETI). Over the past decade, 92 countries have made progress in their sustainability transition to rely increasingly on clean, green and sustainable energy.

The whole world is coordinating so that, in a matter of decades, energy sources will cease to depend on coal and fossil fuels and become clean, green and sustainable. In this decarbonization process, the different countries are moving forward at increasingly determined, but also uneven, rates.

According to the World Economic Forum’s Fostering Effective Energy Transition 2021 Edition report, 92 countries have made progress in their energy transition over the past 10 years. However, only 13 have achieved substantial improvement.

The Energy Transition Index 2021 (ETI), a ranking published as part of the report, compares the current performance of the energy systems of 115 countries along three main dimensions: economic development, environmental sustainability, and energy access and energy security indicators.
Sweden tops the ‘Top 10

Sweden, Norway and Denmark, top the list of countries making the most progress in their transition to clean energy. Sweden is at the top for the fourth consecutive year, while Norway has moved into second place after climbing from fifth place in 2020.

These are the 10 countries leading the change, according to the 2021 Energy Transition Index:

The ETI report outlines three key focus areas to increase the resilience of the energy transition.

1. Deliver a just transition for all

The shift to lower-carbon forms of energy must not undermine economic and financial security. Policymakers need to put in place measures that will support their economies, including re-evaluating energy policy and investment decisions.

2. Accelerate electrification and go beyond

Decarbonizing energy systems can only be achieved through increased funding for research and development, along with better cross-sector collaboration. These will be the most effective routes to the scaling up of renewable energy sources.

Annual investment in clean energy and energy efficiency needs to increase by a factor of six by 2050, according to the UN Intergovernmental Panel on Climate Change (IPCC). More collaboration between the public and private sectors is needed. That should include risk-sharing to attract long-term investments.

Ten countries account for about 2% of the world’s population and about 3% of energy-related carbon dioxide (CO2) emissions. As they point out in the report, all of them have made significant progress in reducing carbon use in energy thanks to political commitment and significant economic investments.

In general terms and according to the World Economic Forum report, the global situation has improved over the last decade. Above all, in terms of environmental sustainability and access to energy: the number of people without access to electricity fell from 1.2 billion in 2010 to around 800 million in 2020. In addition, investment in energy transition globally exceeded $500 billion for the first time in 2020, despite the difficulties posed by the pandemic.

However, the fact that only a small percentage of countries have achieved relevant improvements again highlights the complexity of the energy transition. Other Latin American countries also appear in the top half of the list: Chile at 34th, Mexico at 46th and Argentina at 47th, for example.

China and India, two countries that together account for a third of global energy demand, are ranked 68th and 87th, respectively. These results represent a significant improvement over recent years, despite the fact that coal continues to play an important role in their energy mix, the World Economic Forum explains. At the bottom of the list are Venezuela, Lebanon, Mongolia, Haiti and Zimbabwe.