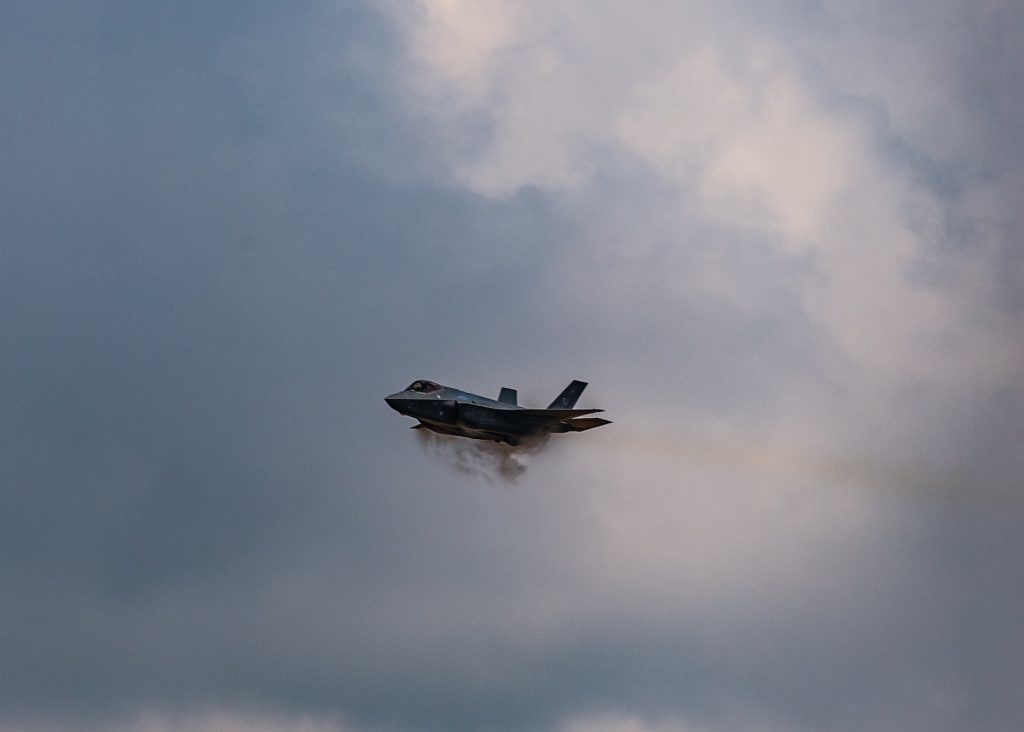 In the race to find solutions to cool the Earth’s poles by 2°C, scientists are suggesting to use high-flying jets, similar to a modified Boeing KC-135R, to spray microscopic aerosol particles into the atmosphere and refreeze the North and South Poles. Recently published in IOP Science Environmental Research Communications, the scientific paper suggests that the method would be feasible and fairly cheap.

The idea behind Stratospheric Aerosol Injection (SAI) is to spray particles in the stratosphere, which would reflect sunlight and reduce global temperatures. According to the paper, SAI would only target subpolar regions instead of having a global intervention that most other SIA operations assume.

Going into details, the study proposes to build a “stratosprayer” called the SAIL-43K, a downgraded version of an aircraft previously specified to fly higher SAI missions closer to the equator. This machine would carry 76,190 kg of payload on each mission, but its takeoff weight would be some 35,000 kg lighter than the McDonnell Douglas KC-10.

The researchers argue that reused military air-to-air refueling tankers such as the aged Boeing KC-135 and the Airbus A330 MMRT don’t have enough payload at the required altitudes, even when modified. Given these desirable characteristics, the researchers defend that the aircrafts could be adequate to submit the SAIL-43K as an efficient candidate for the subpolar mission.

A fleet of 125 of these SAIL-43K tankers would release a cloud of microscopic sulfur dioxide particles, which, at an altitude of 13 kilometers and latitude of 60 degrees north and south, could loft a payload sufficient to cool the regions by 2 degrees per year. Scientists estimate that areas such as Anchorage, southern Alaska, and the southern tip of Patagonia could return close to their pre-industrial average temperatures.

The complexity of this plan is a two-edged sword as the paper highlights that such an operation would be equivalent to more than two days of global commercial air traffic in 2021, or about two-thirds of the annual flights departing New York’s Kennedy Airport.

Nonetheless, the costs of the subpolar SAI program are estimated at €11 billion annually — significantly less than one-third the cost of cooling the entire planet by the same 2°C extent proposed by other climate responses such as mitigation, adaptation, or carbon capture and sequestration, the researchers argued. They further noted that comparing the newly proposed SAI operation with the alternatives mentioned above would be like “comparing apples and oranges”.

Whilst promising seeming benefits as a toll to delay global sea level rise, this subpolar mission relies on highly controversial technology given the potential unintended consequences of releasing sulfur particles into the atmosphere, such as reducing crop yields. Moreover, it could have unequal effects with one place getting more rain and another less. Depending on the materials it uses, it could damage the ozone layer causing health and environmental problems.

There is widespread and sensible trepidation about deploying aerosols to cool the planet. But if the risk/benefit equation were to pay off anywhere, it would be at the poles.

Opposition was voiced in Sweden when a similar SAI plan by a Harvard research project had to be abandoned due to environmental protests. As a result, scientists proposed using balloons to release the particle and further consolidate the need for international agreement.

“Game changing though this could be in a rapidly warming world, stratospheric aerosol injections merely treat a symptom of climate change but not the underlying disease. It’s aspirin, not penicillin. It’s not a substitute for decarbonization,” said Wake Smith, lead author of the study, in a press release.