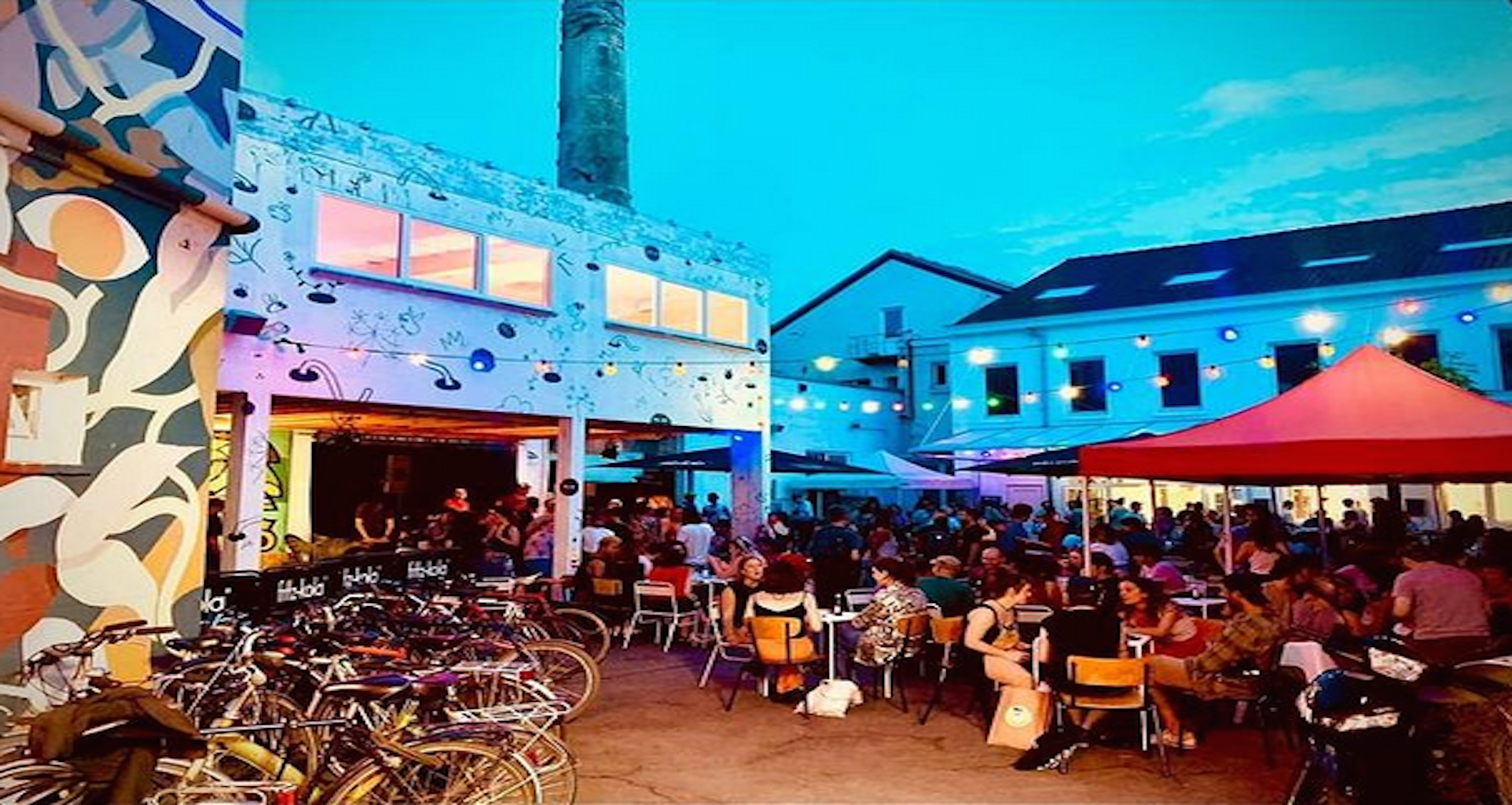 Something Beautiful. An exhibition at La Vallée in Brussels

Many things beautiful are happening at La Vallée in Molenbeek this week – painters, dancers, sculptors, poets and performance artists have come together in the second unique festival – Something Beautiful – organised by the curators Mimi Kunz and Lucie Pinier, who have collected fifteen artists, each voices in their own right and part of a wider conversation.

Fifteen voices are too many for one article, and reading these words can hardly replace seeing the art, the dance, or hearing the poets in the open mike session (or the food, drink and unique laid back atmosphere). So I’ll share but a taster and focus on two artists — Stéfan Tulépo, a sculptor, and Mimi Kunz herself – both presented in the same room, work interspaced with each other in dialogue.

Stéfan’s works are sculpted, colourful constellations of eroded wood – fresh wood, old wood, plywood and white and green-skinned chipboard. One is a smoothed, and finished plank that has become organic, almost as if it has grown into its shape, or life happened to them so that the rectangular plank was worn away by hands over the decades, the fingers like waters eroding the wood. It looks animal from one perspective, like memory through touch in another, and the harsh rectangular original is still there at the ends.

The fresh shopfloor plank is there, but so is the smooth, curvilinear, organic message in the middle. It is one piece, but the unreformed ends talk to the mutated middle. The ends remind me of simple everyday planks, the centre of the curvilinear forms of Magritte or Max Ernst. Potential and result in the form; present and the ever-present past. The piece is having a conversation with itself and through time. But it is not alone. There are perhaps twenty pieces in this cluster, and several clusters huddled together against different parts of white-washed gallery walls.

The white and the green-skinned chipboard look eroded, that the passage of time has worn away the woodchips like sand from sandstone cliffs sculpted by the wind over the centuries. We have time here, a loss of body mass, lost skin. The green-skinned chipboard looks like a hole has been shot through it, like a cartoon’s “ka-blam”, and the raw edges of the wound smoothed by time. We see what is left, the remnants of history, an echo, but the eroded grains are far gone, perhaps acting as seeds.

The smoothed pine and the eroded chipboard are also talking. The former is an object, living, finished, with its origins intact. The latter is a vestige, a sight that suggests pain, but the wound is smooth. Both talk of time. One bought and polished. The other abandoned, saved and transformed. Then brought together.

But these conversations of pieces within one artist’s world is not the only one, for the sculptors stand alongside Mimi Kunz’s magnetic blue works that pull us towards them. I first think of Yves Klein Blue, but Mimi’s blue feels like the deep ocean or the almost night sky, with worlds behind. The shapes shout Matisse, but these are not cut but flowing, with soft rounded edges and sharp ends. They dance, the forms – within the painting and across the painting to the second below, and to the rest watching from other walls.

Just watching these lifts my mood, and as I stare, I hear that they are echoes of the movement of trapeze artists from a circus show. That may have been the inspiration or an inspiration, but for me, they also echo writing – Japanese, Arabic – and the language of Miro. I’m sure others looking will see other links, other histories and other conversations.

I want to linger on one more – on the dialogue between Mimi’s work and Stéfan’s. One is erosion, with a history of materials, a comment towards art, destruction, upscaling and reconstruction. The other is light, poetry that breathes and leaves a blue trace, the lightest delightful echoes of an acrobat’s imprint on an artist’s mind. The lightness of the deep blue and the weight of eroded wood are like earth and soul. An artist has feet on the ground and thoughts in the heavens.

These are but two of the artists. And only one impression. Have a look. The exhibition runs until 7 November 2021.