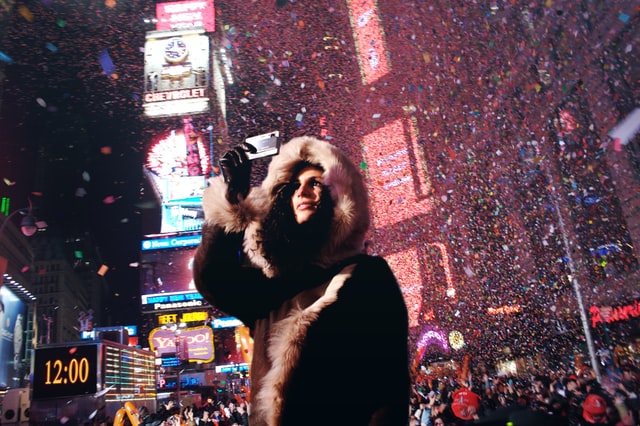 Camels with Botox and silicone disqualified from beauty contest

The Trans Bhutan Trail ready to welcome visitors after 60 years

The rapid advance of the omicron variant of Covid-19 has led governments of countless countries around the world to take strong measures in order to stop mass infections of their citizens. This includes the cancellation of all types of mass events to be held in the coming weeks, especially those of farewell to the New Year. Below you’ll find the main locations that have decided to cancel any large gatherings happening on December 31st.

Several cities in Portugal, including Porto and Lisbon, have announced that they are canceling large outdoor events scheduled for December 31, with the aim of halting the advance of the fifth wave of coronavirus in the country. For their part, cities such as Braga, Nazaré or Albufeira have joined this initiative, which will include the suspension of outdoor events such as concerts or fireworks, a phenomenon that already occurred last year to avoid concentrations in the streets. In Lisbon, the concerts planned for New Year’s Eve were cancelled and the fireworks are in danger of being set off, although the official announcement will be made in the next few days.

The Paris city council maintained last Saturday that it banned fireworks and concerts planned on the Champs Elysees on New Year’s Eve. “Faced with the recrudescence of the pandemic and new announcements from the government, the Paris city council regrets having to cancel all planned festivities on the Champs Elysees on December 31,” the city council announced in a press release. “There will be no fireworks and DJ’s will unfortunately not be able to play this year.”

Jean Castex, France’s prime minister, called on municipalities to refrain from holding concerts and setting off fireworks on the night of December 31, during which alcohol consumption will be banned on French public roads.

Cancellations have already begun in the United States. For example, a New Year’s Eve party at the Grand Park in Los Angeles will no longer host anyone, becoming a remote activity, as announced by the organizers, who also let know about the cancellation of the L.A. County Holiday Celebration concert, which this year would celebrate its 62nd edition.

In Seattle, for the second year in a row, the Space Needle will also be unmanned on New Year’s Eve, but a live video fireworks broadcast will be available for viewing from home.

In New York City, all performances of the Rockettes’ “Christmas Spectacular” at Radio City Music Hall were canceled as of Friday. Similarly, the Fox television network announced that it canceled the ‘Fox’s New Year’s Eve Toast & Roast 2022′ year-end show that was scheduled to broadcast from Times Square, New York, with hosts Ken Jeong and Joel McHale.

The city of Rio de Janeiro decided to suspend its massive New Year’s Eve party in the face of the arrival of the omicron variant of coronavirus in Brazil, a measure taken by most of the country’s capitals. “We are going to cancel in this way the official celebration of the New Year’s party in Rio,” announced this Saturday on Twitter Eduardo Paes, mayor of the city. The politician indicated that he took “with sadness” the decision to cancel the traditional festivities with music and fireworks, which every year agglomerate about three million people on Copacabana beach, by not having “the guarantee of the health authorities”.

Sao Paulo has also cancelled its New Year’s celebrations, which gather two million people on the iconic Paulista Avenue. On the other hand, a total of over 20 important cities, such as Brasilia and Salvador, took the same decision, which entails great economic losses.

An event planned for New Year’s Eve in London has been canceled over concerns of the spread of Covid-19, London Mayor Sadiq Khan tweeted late Monday. “Due to the increase in cases of Covid-19, we have taken the difficult decision to cancel our ‘New Years Eve’ event in Trafalgar Square,” the tweet from Khan’s verified account mentioned. “The safety of all Londoners must come first.” As a substitute, a special program will be broadcast at midnight on BBC One, Khan said.

The municipality of Amsterdam has canceled this Monday all New Year’s Eve celebrations organized by the mayor’s office, including fireworks shows. Mayor Femke Halsema, decided to cancel both the central celebration on Museumplein, where the national countdown to the start of the new year is called, as well as the various musical and fireworks shows in the different districts of the city.

“Due to the rapid increase in the number of infections and hospital admissions, and the additional restrictions, the outlook is bleak. Since it is very uncertain how things will go, and we already have to make significant investments for these shows, it is not responsible to continue with the preparations,” the city council argued.

In Italy, many cities have canceled their celebrations. For example, Rome is among several cities that have decided to cancel the festivities because of Covid-19 health problems. This year there will be no annual Christmas market in Piazza Navona and the New Year’s Eve concert at Rome’s Circo Massimo stadium was also cancelled.

Meanwhile, the entire Campania region will be closed for New Year’s Eve, according to an order approved by the region’s president, Vincenzo De Luca. The rules prohibit public events in squares throughout the region from December 23 to January 1. Therefore, there will also be no parties in the island of Capri’s famous main square, the “piazzetta,” which is usually adorned with lights and parties at midnight. Naples is also affected by this order. This means that “it is forbidden to hold events, parties or other manifestations that may give rise to crowds,” according to the regulation signed by De Luca.

In Verona, meanwhile, New Year’s Eve celebrations were canceled in Piazza Bra, while authorities reportedly began reimbursing the approximately 200 people who had already signed up for the “New Year’s Eve Together” event.

Similarly, the city of Milan, capital of Lombardy, has suspended all New Year’s Eve parties in its squares. According to Milan Mayor Beppe Sala, the city has “already limited” events and celebrations for New Year’s Eve “while sending out cautionary signals,” Milan’s Corriere Della Sera reported.

Germany will impose strict contact restrictions to curb the spread of Covid-19 starting Dec. 28 and ban New Year’s Eve gatherings, German Chancellor Olaf Scholz announced Tuesday. That means no fireworks in Berlin, the capital, and other major cities such as Munich and Frankfurt. Starting Dec. 28, a maximum of 10 people will be allowed to gather in groups, regardless of whether they are vaccinated or not, Scholz said.