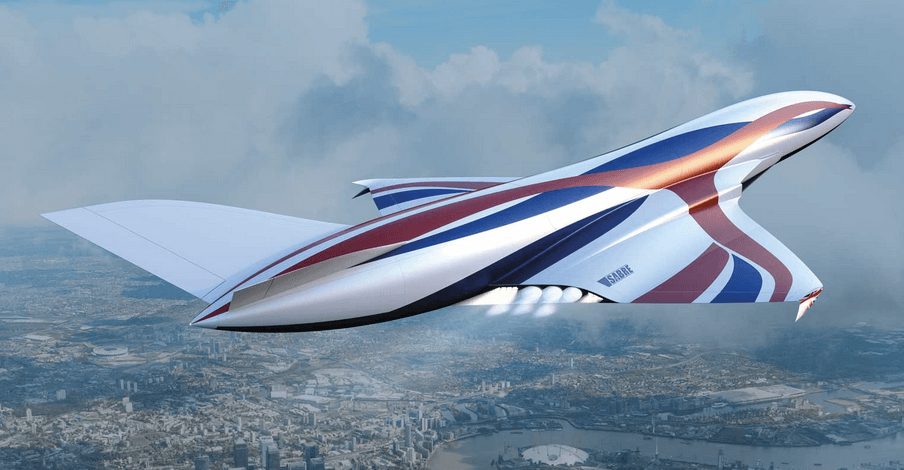 Ready for a flight from London to Sydney in four hours?

NASA has been working on a new supersonic aircraft, as well as Boeing and Rolls-Royce. The project has been named ‘Sabre’ (Synergetic Air Breathing Rocket Engine), and it would allow supersonic travel for travelers, as well as carrying crew members into space when the “rocket mode” is applied. This particular mechanism takes advantage of the use of air at Mach 5 speed to increase its power fivefold. The result would be, for example, a London-New York flight in an hour.

According to Forbes magazine, tests have been done on the pre-cooler–the part of the engine that cools the incoming air (1,000 °C to ambient), which allows the engine to operate at higher speeds than current engines. As reported by Simple Flying, Reaction’s SABRE pre-cooler now works for speeds of up to Mach 5–much faster than Concorde. The company has also been testing the engine core and thrust chambers meaning the company could be on track to meet targets.

When we have brought the SABRE rocket engine to fruition, that may enable us to get to Australia in perhaps as little as four hours.

Already back in 2019, the UK Space Agency announced plans to create a “space” plane that will be “capable of carrying passengers from New York to London in just one hour,” Travel + Leisure magazine reports. The aircraft is expected to operate by 2030. The CEO of the British Space Agency, Graham Turnock, said that this plane could fly so fast that it would be possible to travel from the UK to New York in one hour.

Such fast speeds would be possible thanks to an hypersonic engine that would run on a combination of hydrogen and oxygen, something that would allow it to be more environmentally friendly and cheaper than current models.

The team has conducted ground tests but the project does not plan to offer commercial flights until 2030 due to the amount of testing that needs to be done beforehand. This would be the first time humans would be able to travel at supersonic speed since Concorde completed its last trip in 2003.

There are also other companies, well-funded, which are pursuing this research. Aerion is based in Colorado and developing the AS2 12 supersonic passenger aircraft, Boom Supersonic. The AS3 aims to carry 50 passengers, up to 8,000 miles, as reported. The smaller AS2, is further along in development and will go into production in 2023 (20 have already been pre-ordered by NetJets, a private aviation company), Forbes magazine reports. The high investment needed to develop this technology will mean that the price per seat would not be the same. High-speed traveling will come with a higher price tag.