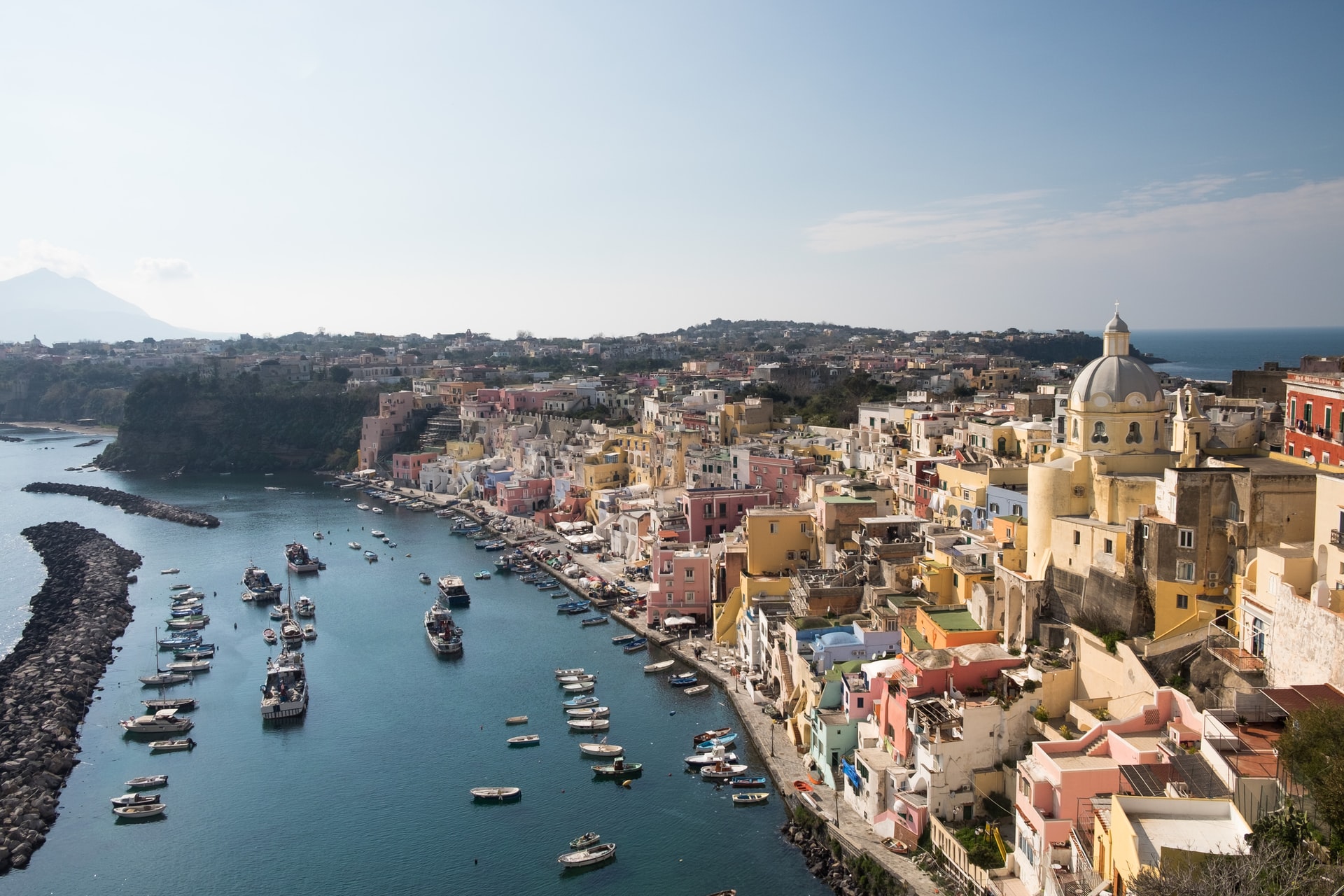 Procida: Italy’s Capital of Culture for 2022

Nova Gorica will be the European Capital of Culture 2025

The charming and colorful island of Procida, in the Gulf of Naples, has been named Italy’s Capital of Culture for 2022. Procida was the only island among the ten finalists, and it will take over the title from Parma. Perugia and Palermo have also received the title in the past, while Bergamo and Brescia will have their turn in 2023. This is the first time an island has been awarded the title, since its establishment seven years ago.

Recipient cities or locations become a focus for improved cultural heritage and touristic development. Numerous projects and initiatives are run in order to benefit the region. At the moment, there are over 40 cultural projects in the pipeline for the island of Procida, and an estimated 330 days of cultural events involving nearly 250 artists and eight regenerated cultural spaces.

For its application, Procida presented a vision called “la cultura non isola” – “culture doesn’t isolate.” This vision made Procida’s application stand out, and played a significant part when granting the 2022 award to the island.

“The vision is capable of conveying a poetic message, a vision of culture that reaches out from the tiny reality of an island as a well-wish for all of us, for the country, in the months to come,” said the Capital of Culture Commission in a statement.

Hidden in the Bay of Naples, Procida is a small island with no more than 10,000 inhabitants and a long history that dates back to around the 15th century BCE. Its larger neighbors, Capri and Ischia, have for many years attracted tourists’ attention. It is unfortunately the least-visited of the three islands, yet Procida has a unique beauty. The island only has roughly 10,000 in total area of just 4 sq. km, so it rarely feels cramped. And it’s charm leaves visitors wanting to return.

“Procida can be considered a metaphor of many places, many administrations, many communities who have rediscovered the enthusiasm and pride for their territory,” said Raimondo Ambrosino, the island’s mayor.

One of the reasons Procida was chosen was the island’s wealth of traditional artistry, with several artisan workshops especially in Marina Grande. with Ancient Greek artifacts from the 16th century BCE found across the island. Some 3,000 years later, Charles III of Spain turned Procida into his personal game reserve, before it became a relevant site for the shipbuilding industry.

The island has some magnificent architecture, with the beautiful, multi-colored buildings showing a rich variety of periods in history. Visitors interested in diving can swim and marvel at some unique underwater archaeological sites. Also, one of the Mediterranean’s most important dolphin colonies live in the waters off of Procida’s coast.

Procida has both been featured in many in important novels such as Elsa Morante’s 1957 novel Arturo’s Island, and the island plays a major role in Alphonse de Lamartine’s legendary novel Graziella.

In recent times, the island became better known when it appeared in The Postman and Patricia Highsmith’s thriller, The Talented Mr Ripley. Other movie buffs might remember Elizabeth Taylor and Richard Burton appearing in the 1963 hit Cleopatra, where the island’s church dome can be seen when Taylor arrives on a barge and enters the harbor.