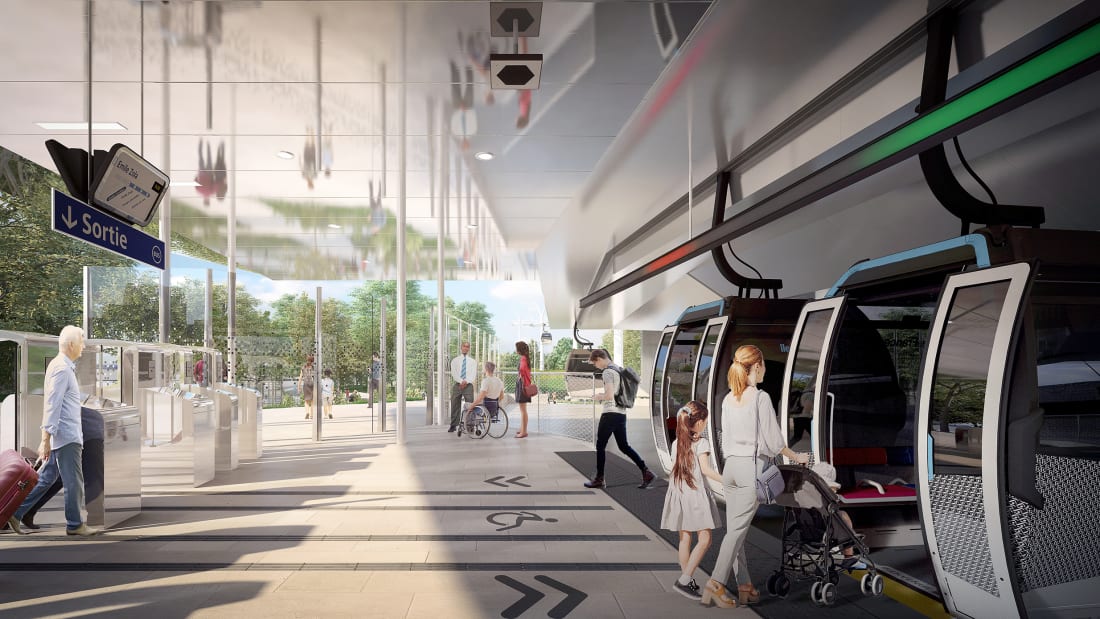 These are the world’s 25 most beautiful beaches

In the second half of 2022, works will begin on Paris’ first cable car system, an urban line which will link several neighborhoods in the southeast of the French capital to the metro system. Called Cable 1, the system will link the suburb of Villeneuve-Saint-Georges with the Créteil Pointe du Lac station on line 8 of the Paris metro.

When completed, the line will have a length of 4.5 kilometers and five stations in Créteil, Limeil-Brévannes, Valenton and Villeneuve-Saint-Georges. Work is expected to be completed in 2025. According to CNN, architecture studio Atelier Schall is in charge of its design and some images of the cable car system have been made available.

In total, thirty three Y- and V-shaped pillars will be built along the route to support the overhead line of the brand-new Paris cable car. Each cabin will accommodate ten passengers, and the system is expected to carry approximately 1,600 people per hour at its busiest times.

The project will allow, in just over four years, more than 11,000 people per day to save a lot of time, a lot of comfort and perhaps, to dream a little in the mountains.

The decision to install a cable car system was prompted by the area’s mountainous terrain, which had been limiting the possibility of increasing public transportation through additional subway lines and trains.

At the Pointe du Lac terminal in Créteil, a pedestrian bridge will connect the station to a nearby shopping center, while the Bois Matar terminal in Villeneuve-Saint-Georges will be designed to preserve views of the surrounding farmland.

Those stations located at ground level will have gradual slopes that will facilitate step-free access for travelers and avoid the installation of elevators and escalators.

Many cities around the world have introduced urban cable cars as an alternative to subway or ground-level transport networks. The 15-kilometer network in the Colombian city of Medellin is cited as one of the most successful.