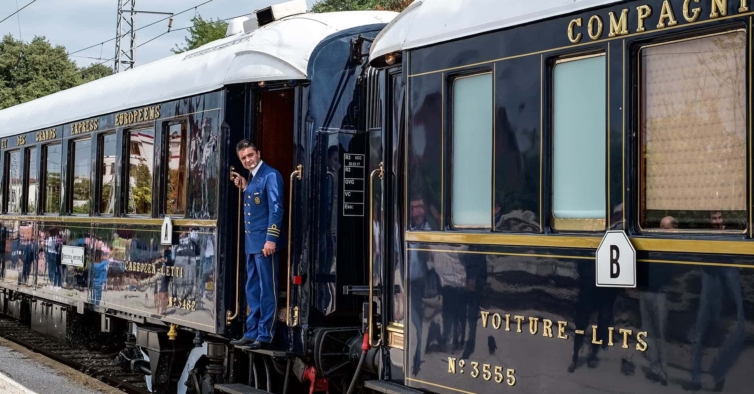 The famous Orient Express will return in 2023 to dazzle train lovers in a journey that will bring back reminiscences from the past. This time around, named the Orient Express La Dolce Vita, the luxury train will feature six trains that will lead passengers on itineraries spanning more than 14 regions and beyond.

The new version of the mystic train will be a slightly different environment from the one described by Agatha Christie in her book — “A Crime on the Orient Express” — which transported Hercule Poirot in yet another adventure. Still, it will not lack the opulence that the Orient Express has accustomed travellers during more than 70 years of travelling.

The original Orient Express made its first trip in 1883 connecting London to the then distant and exotic destination of Istanbul, Turkey. Synonymous with luxury and mystery, the Orient Express was the ultimate symbol of comfortable travel, at least until it ended operations in 1977.

In the new version, each of the six trains will have 12 luxury private cabins, 18 suites and a very special one, the Honor Suite. Inside there will also be space for a modern restaurant. According to “Travel+Leisure”, one of the routes will explore the whole of Italy. There will be other routes that will pass through cities like Paris, Istanbul or Split, in Croatia.

The experience also has a high point common to all routes: a one-night stop in Rome, with the right to stay at Minerva, the new hotel associated with the Orient Express, scheduled to open in 2024.

It is thrilling to be bringing the refined nomadic spirit of Orient Express back to life for a new generation of travelers.

The re-launch project of the famous railway composition belongs to the multinational hotel company Accor Group. “It is thrilling to be bringing the refined nomadic spirit of Orient Express back to life for a new generation of travelers”, said Stephen Alden, CEO Raffles and Orient Express, Accor, in a statement.

“The original train route was innovative in the way it paradoxically brought cultures together – the Occident with the Orient, history with modernity. As artisans of travel, we wish to revive this old-world, awe-inspiring ‘journey to elsewhere’ and reconcile certain paradoxes: a journey and a destination, astonishment and inspiration, movement and contemplation”.

The interior of the Orient Express La Dolce Vita will be handled by Dimorestudio, a global architectural and design studio, which will incorporate the craftsmanship, design and creativity of the 1960s and 1970s into the trains’ cabins, suites and restaurants. Additionally, the 5-star service on board the luxury train will come courtesy of renowned local and international chefs and sommeliers. Booking details, specific routes and pricing for the Orient Express La Dolce Vita have yet to be announced.