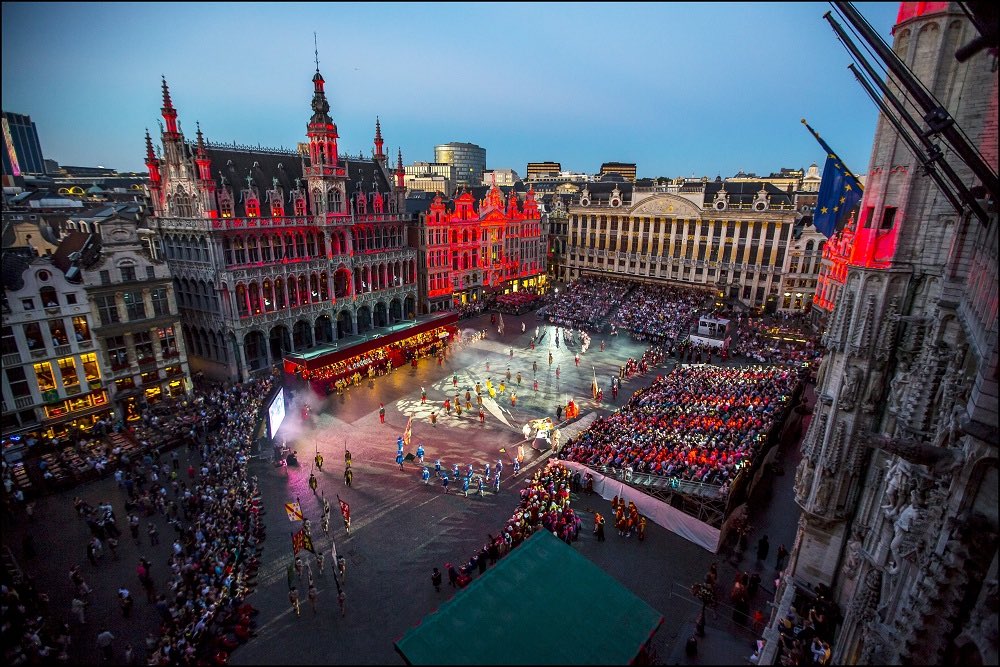 Ommegang is back this year with the Brussels Renaissance Festival

This year’s festival will focus on three weeks of events dedicated to heritage and European history during the Renaissance. At that time, Brussels was one of the biggest powers in Europe and played a central role. The capital was the main place of residence of Charles V, the most influential sovereign of the 16th century.

This year the Ommegang parade is back. Its first outing since its recognition as intangible cultural heritage by UNESCO in December 2019 for its historical procession and popular festival.

Brussels’ cultural institutions will organise a number of fantastic activities. Exhibitions, workshops, guided tours, lectures and some new features, including an augmented reality tour of Erasmus House, will be on offer for history, archaeology and adventure lovers of all ages.

Family Day is back at the Coudenberg Palace. There’s a festive spirit for young and old. Young explorers and adventurers of all ages can dive underground and immerse themselves in the illustrious past of Brussels and its palace.

2. The return of the Ommegang

The Ommegang’s first outing since its recognition as intangible cultural heritage by UNESCO in December 2019 for its historical procession and popular festival. Wednesday 29 June and Friday 1 July 2022. This is an opportunity to relive the procession organised by the city in 1549 for Charles V and his son, the future Philip II.

1,400 participants take on the challenge of allowing the public to relive a historical moment in the streets of Brussels: musicians, singers, dancers, horsemen and women, uniformed guards, flag bearers. They all help to create the atmosphere of the Renaissance.

3. Renaissance Day at the King’s House

This is an invitation to go back in time to the 1500s. The museum team welcomes visitors wearing the outfits of the Ommegang. Lots of activities await them, including standing guides, storytellers, dance and original games. Immerse yourself in the sound universe of the Renaissance through the “A harp for the Emperor” concert, thanks to a harp unique in the world – the original is exhibited at the Brussels Musical Instruments Museum (MIM). Also on the programme is dance as it was performed at the Court.

4. Exhibitions at the Porte de Hal, the King’s House, the Crossbowmen’s Museum, the Coudenberg, the Woluwe Museum, Erasmus House and the KBR museum

It is a real kaleidoscope of exhibitions that will highlight the original character of Brussels in the 15th and 16th centuries. The public will be able to discover the famous local tapestry, the political management of the city at the time and its evolution, the “Librairie des ducs de Bourgogne”, the ancestor of KBR, and a look behind the scenes at the Ommegang. New this year is that the public will be able to discover all the secrets of Erasmus House through an augmented reality visit. And that’s not all. Visitors will also be able to discover the history of the Ommegang, one of the oldest Brussels traditions, in the Woluwe Museum.

A post shared by KBR (Royal Library of Belgium) (@kbrbe)

Visitors will be able to immerse themselves in the world of the late Middle Ages and the Renaissance through various workshops and events. KBR is offering workshops to learn more about the secrets of the production of colour pigments used in the Middle Ages. The Coudenberg will also an original city game, “the quest for the golden key”.

Various guided tour organisations will help visitors discover Brussels through recent archaeological discoveries, the presence of the Spanish, humanism, advances in the fields of medicine and art and the development of the capital in the 16th century

Conferences will evoke original aspects of the reign of Charles V, such as the importance of precious objects like the Aztec Feather, and the emperor’s consideration for the cities.